The Mouthwatering Chicken Craze That Can Destroy Your Diet 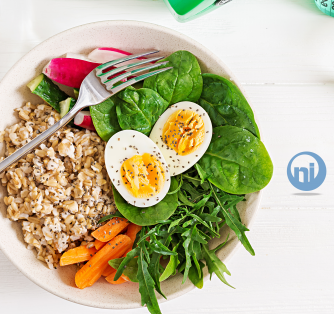 The countdown is one for those who are ready to throw caution to the win and indulge in a frenzied feast of chicken wings on July 29th. The National Chicken Wing holiday isn`t as much of an oddity as it seems. In fact, statistically speaking, here is an estimation that the average American will eat around 18,000 chicken wings during their lifetime. It seems like a lot but breaking it down by a more manageable indulgence, you are at around 24 wings a month. Whether your taste buds prefer traditional or you heap on the hot sauce, there is nothing wrong with your insatiable appetite for chicken wings.

You Aren`t as Crazy as You Think

The national holiday dedicated to the chicken wing had its start in Buffalo, New York, the supposed birthplace of the chicken wing. As poultry legend has it, the Anchor Bar, which was owned by Teressa and Frank Bellissimo, was often frequented by Dominic Bellissimo and his college friends for late-night snacks. Though originally reserved for use as a soup stock, Teressa threw some chicken wings into a deep fryer and covered them with butter and hot sauce. The results are the delectable appetizer and Superbowl staple that chicken lovers around the world can`t ignore. Customers and competitors of the Anchor Bar couldn`t stop eating this impromptu creation, and other restaurants around the city started their own copycat versions. In 1979, the Mayor of Buffalo officially declared July 29th to be Chicken Wing Day, and the rest of the nation has honored the sacred occasion. So, no, you aren`t crazy for thinking that your obsession with chicken wings is unhealthy and completely unnatural. If that were the case, then the 1.2 billion wings consumed on Superbowl weekend alone would have some explaining to do.

The Battle of the Bone

If you find yourself in a hot debate this coming July 29th about wing authenticity, your efforts to convince wing purists will be in vain. Even the sauce coatings and dipping options don`t attract as much attention as the debate between bone-in and boneless wings. For those who are truly passionate about their wings, a bone-in wing has the only claim to fame. In fact, any other attempt to recreate a bite-sized, buffalo drenched piece of chicken without the bone is simply a glorified chicken nugget. If you wonder why there was even a controversy, to begin with, look at the prices of chicken over the past few decades. For a while, the cost of wings had been pricier than the chicken breast. This turn of events led restaurant chains to create boneless wings, which were simply small cuts made from a chicken breast. This less expensive option attracted a lot of consumer attention, with so much interest, that the prices of wings have started to drop from the lack of demand. Famed chains like Wingstop and Buffalo Wild Wings now have wing traffic that deals more heavily with boneless than bone-in. The numbers themselves don’t lie. Buffalo Wild Wings often sees more than one billion boneless wings each year, while bone-in fall around 750 million each year. So don`t battle it out over which wing is the most authentic or popular. You willing be splitting chicken feathers on the answer.

Healthy, Happy, and No Longer Hungry

Though there isn’t a real problem with celebrating National Chicken Wing Day, those who are following special diets do need to be concerned with the impact on their waistline. In addition to using programs like the HCG diet and following up on the plan with Ultra Burn Injections, portion control is an important part of maintaining a healthy weight. While packages and labels often indicate the nutritional values in a serving size, there are some foods where “guesstimation” is the most common portion adviser. In restaurants, fast food stores, and other eateries, portion size has grown out of control.

As this dilemma relates to chicken wings, let’s breakdown the average indulgence. For argument’s sake, the standard consumption when eating out is about six to eight wings. In addition to the meat itself, you are also served a side celery sticks and blue cheese dipping sauce. Not including a separate side of French fries and ice-cold beer to wash it down, this appetizer (or meal if you tend order like a woman) will set you back about 1,000 calories, with about 765 of those coming from fat. You do get a healthy 77 grams of protein from the wings, but the tradeoff on the rest of the unhealthy content might not be worth those few savory moments. As the old adage says, “A moment on the lips lasts forever on the hips.” If you were to eat the appropriate serving size of chicken, it would be only four wings and without all the trappings.

As you get ready to chow down on some chicken wings, try to keep a sense of dignity about you. Not with the sauce dribbling down your chin or coating your fingertips. Remember portion control.