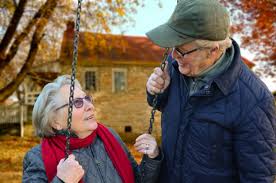 Peptides, the word itself coming from the Greek 'peptos' or 'digested, are biologically occurring short chains of amino acid monomers linked by peptide bonds. These bonds are formed when the carboxyl group of one amino acid reacts with the amine group of another. They are similar to proteins, but are distinguished from them on the basis of size, and as an arbitrary benchmark can be understood to have about fifty or fewer amino acids.

Peptides are divided into several classes, depending on their manner of production. The first are milk peptides, formed from the milk protein casein when digestive enzymes break down. They can also arise from the proteinases formed by lactobacili, a type of bacteria, during the fermentation of milk.  The next are ribosomal peptides, which are synthesized by the translation of mRNA. They are often subjected to proteolysis, the breakdown of proteins, to generate the mature form. These function, typically in more advanced organisms, as hormones and signalling molecules.

Then there are nonribosomal peptides, which are assembled by enzymes that are specific to each individual peptide, rather than by the ribosome. The most common among these is glutathione, which is a component of the antioxidant shield against most aerobic organisms. Following that there are peptones, which are derived from animal milk or digested meat. In addition to containing small peptides, the resulting material includes fats, metals, salts, vitamins, and many more biological compounds. Peptones are used in nutrient media for growing bacteria and fungi.

Finally, there are peptide fragments, which refer to the fragments of proteins that are used to identify the source protein. Often, these are the products of enzymatic degradation that happens in the laboratory on a controlled sample, but can also be found in samples that have been degraded by natural effects.

To put all of this much more simply, peptides can be characterized as small proteins. As stated above, anything with fifty or fewer amino acids can be considered a peptides, albeit that's not quite a strict definition, thanks to the existence of dipeptides and tripeptides, etc., etc. And proteins are made up of multiple polypeptides, which are peptides with more than two peptide bonds.

Peptides play many rolls within the human body. It's just just that they build muscle, or fight wrinkles, they perform all kinds of different rolls. For example, some act like neurotransmitters, while others act like hormones. Some change the way the body reacts to diet and exercise. Some contribute to your body's natural production of human growth hormone.

So when it comes to whether you should take amino acid supplements or peptides themselves, more people are starting to lean towards actually taking the peptides. The thought process is that peptides are digested, and then immediately put to work by the body, and time and effort isn't wasted on forming up individual amino acids. The long and short of it is that peptides are small enough to be easily utilized, while not too small as to not be utilized effectively. Not only that, but they're thought to be more stable than amino acids when they enter the body. Amino acids, being un-bonded as they are, are thought to be unstable and break down before getting where they need to go.

Whereas amino acids may break down in your body, peptides retain their structure, which essentially means you get more for less with peptide supplements.

Now a days, you can find quite a few different varieties of peptide supplements on the market, but two stand out as easily the most popular. These are the glutamine and creatine peptide supplements. Popular thanks to their fast absorption, very small amount of possible side effects, and more efficient than their non-peptide versions.

So, considering the effects peptides can have on your body and the roles they play, like the building of muscle, or the raising of melanin levels in the skin for a better tan, it's pretty obvious the positive anti-aging benefits a product like this would have.

Some peptides fight back against the aging process and even do things like make your skin less lined and wrinkled, peptides like SNAP-8, that are popular formulas for reducing the effects of aging. And there's generally five peptides you'll find in that category.

To start with, there are Hexapeptides, which are chains of six amino acids. One of these peptides, acetyl hexapeptide-3, is marketed for it's ability to relax certain types of facial wrinkles. It's even suggested that this peptide is capable of diminishing the creasing caused by fine lines, delivering a similar effect to Botox.  Advantages of acetyl hexapeptide-3 over Botox treatment are that it is noninvasive and can be applied everywhere on the face. This peptide molecule is trademarked under the name Argireline. Even newer peptide formulations act like growth factors, stimulating skin cells to make a quicker turnover, much like young skin.

And if you're worried about peptides and potential side effects or something along those lines, there's honestly no need to be. A peptide is simple a chain of two or more amino acids that have linked together, and you get them from the foods you eat like red meat, dairy, and other common foods. You also get them in anti-aging or skin care creams. Peptide is a big fancy word for amino acids that aren't large enough to be proteins quite yet, and nothing really to be scared of.

Then there's copper peptides, perhaps the most unique peptide in this category. Copper peptides are small fragments of protein bonded with copper. This peptide is said to increase the rate at which wounds are healed and skin regenerates. Odd thing about this peptide, is that copper is usually a toxic metal, and the only real safe way to use it for your skin is to combine it with a peptide chain.

Then there's pentapeptides, with the most popular pentapeptide, palmitoyl pentapeptide-3 trademarked under the name Matrixyl. It can be found in a variety of anti-aging supplements being sold today, and purportedly stimulates collagen production in the lower layers of the skin to increase it's firmness.

After that there's palimotoyl tertrapeptide-7, which consist of a chain of four amino acids coupled with palmitic acid, a fatty acid which allows for the peptides to penetrate the skin. This peptide may be useful in fighting inflammation, the ultimate culprit behind aging skin's loss of elasticity and development of wrinkles. It is possible that palmitoyl tetrapeptide-7 not only reduces the production of inflammation-producing substances but might also act to stimulate skin regeneration.

And finally there's pamitoyl oligopeptide, which promotes the production of collagen and hyaluronic acid in the deepest layers of the skin. It works in a slightly more efficient way to other peptides listed, thanks to purportedly protecting the skin from the damaging effects of UV radiation.

Even over the counter products include peptide technology, with brands like Olay with their Regenerist Micro-Scuplting Cream, Lumene with their Premium Beauty Rejuvenating Instant Serum, and many other beauty and cosmetic companies like Avon and Osmotics turning to peptides for anti-aging products.

One thing to remember is that there really doesn't seem to be a 'best' peptide or peptide blend. There are dozens of high quality, remarkable peptides out there, and more are being discovered or created with surprising speed. Just like any other antioxidant supplements or skincare brands, not all are created equal and there really is no clear top of the mountain as of yet.