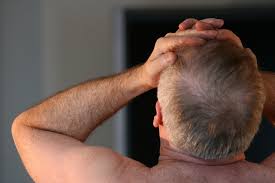 Migraines and obesity are common conditions that have a major impact on many people's lives, their families, and society in general. Over the past several decades, scientists have started to figure out that the chances of having migraines are increased in people who are obese, and that this risk is increased as someone gains weight and changes physical stature from normal weight, to overweight, to obese. It's also been learned that migraine patients who are obese are more likely to develop a chronic pattern in their headaches.

It is important to understand that obesity does not cause migraines, but it's a risk factor; which means that being obese makes it more likely that you will have migraines. Age is also a factor, but not a cause. Furthermore, doctors consider obesity to be a modifiable risk factor, one that can be changed unlike age, so if you have migraines and are obese, think of it as a project that you, your doctor, and your nutritionist can tackle together, as a team.

If you have migraines, knowing your obesity status may make it easier to choose migraine treatments that meet your individual needs. It can also influence which drugs your doctor recommends to help you stop gaining weight, or to help you begin to lose it. With migraines and obesity, the ultimate goal is having fewer and less intense attacks while losing weight to live a healthier lifestyle.

A study was published in the Clinical Journal of Pain, called "Obesity and the impact of chronic pain." In this study, two hundred and seventy two patients seeking treatment for chronically painful conditions were evaluated for pain characteristics and weight. The study found that overall pain severity and pain frequency were similar among patients who were normal weight, overweight, or obese, but as weight increased; the impact and disability associated with the pain became progressively worse.

A later issue of the journal Headaches expands on this earlier research by once again linking excess weight and migraines. In the new study published in the April issue in 2011, women were more likely to have migraines if they were obese. Compared with normal weight women, obese women were about twice as likely to have them, with the risk increasing alongside the weight. Furthermore, women who had had migraines as children were over one and a half times more likely to have gained excess weight as young adults compared with women who didn't have childhood migraines.

Now, it is important to understand what obesity really is. Obesity is one of the most pervasive chronic diseases in the U.S. As one of the leading causes of mortality in the U.S., morbidity, disability, healthcare utilization, and healthcare costs, the high prevalence of obesity is all but a plague on the country.

It is defined as an excess of adipose tissue. In biology, adipose tissue, body fat, or simply fat is a loose connective tissue composed of adipocytes, and it's main role is to store energy in the form of fatty lipids while cushioning and insulating the body.  There is more than one method of determining the excess of fat tissue; with the most common being the Body Mass index. a fat cell is an endocrine cell and adipose tissue is an endocrine organ. As such, adipose tissue secretes a number of products, including metabolites, cytokines, lipids, and coagulation factors. Significantly, excess adiposity, or obesity, causes increased levels of circulating fatty acids and inflammation, and can lead to insulin resistance, which can then lead to type 2 diabetes.

Obesity afflicts more than one third of the U.S. adult population, which is roughly seventy eight million Americans. This number has been steadily increasing since the sixties, and is a trend that has slowed slightly in recent years, but doesn't show any chance of reversing. About sixty nine percent of U.S. adults are categorized as being affected by obesity, or at least having excess weight.

Since the mid 1990s, experts have come to realize that fat is a highly active substance, which secretes a wide range of molecules that send signals to many other body parts and systems. In people who are obese, the extra fat cells tell the body to make inflammatory proteins, and suggests that obesity keeps the body in a mild, yet constant, state of inflammation.

It's not yet fully understood how migraines and body composition are related, but at present it appears that a region of the brain that controls hunger and neurotransmitters associated with migraines may play a key roll.

All of this taken into consideration, the best step forward, despite whether or not you believe the studies and the connections, is to lose the extra pounds, and one of the more effective ways to do that is with a fasting diet. Not a simple length of time starving yourself or anything that drastic, but intermittent fasting, which involves timing your meals to allow for regular periods of fasting.

It's been pretty well known that restricting calories in certain animals can increase their lifespan by a significant amounts, but more recent research suggests that intermittent caloric restriction can provide the same health benefits as constant restriction, which may be helpful for those cannot reduce their everyday intake, as hunger is a basic human drive that can't be suppressed easily. Fortunately, intermittent fasting is a bit easier than constant restriction.

Fasting has long had a reputation for being one of the harder ways to lose the gut, but it really doesn't have to be so difficult. It's not really about starving yourself for days, but more like planning your meals more carefully. Through restricting your daily eating schedule to a narrow window of time, of about six to eight hours, you can benefit greatly without suffering, while still leaving enough hours every day for your body to really kick fat burning into gear.

Tons of studies have evaluated daily intermittent fasting, and the results are overwhelmingly positive. Three major mechanisms by which fasting benefits your body include things like Increased insulin sensitivity and mitochondrial energy efficiency, which stunts the aging process and strengthens your body against disease, which are typically associated with loss of insulin sensitivity and declined mitochondrial energy.

Fasting also decreases the accumulation of oxidative radicals in the cell, and thereby prevents oxidation damage to cellular proteins, lipids, and nucleic acids associated with aging and disease, furthering fasting's benefits on the front of anti-aging.

Fasting also has shown to induce a cellular stress response similar to one induced by exercise, in which cells up-regulate the expression of genes that increase the capacity to cope with stress and resist diseases and aging.

Studies have also suggested that the body benefits from the break it receives while fasting, whereas constantly eating may lead to metabolic exhaustion and health consequences like weight gain.

A study published by biologist Satchidananda Panda and colleagues at Salk's Regulatory Biology Laboratory involved feeding mice a high fat, high calorie diet but altered the times at which they were able to eat. One group had access to food both day and night, while the other group had access to food for only eight hours at night (the most active period for mice). In human terms, this would mean eating only for 8 hours during the day. Despite consuming the same amount of calories, mice that had access to food for only eight hours stayed lean and did not develop health problems like high blood sugar or chronic inflammation

They even had improved motor coordination and endurance on the exercise wheel. The all day access group, however, became obese and were plagued with diseases like high cholesterol, high blood sugar, fatty liver disease,and metabolic problems. The researchers said that their latest work shows how it's possible to avoid metabolic disease by restricting when you eat with periodic fasting, or even by just sticking to regular meal.

When you begin intermittent fasting, you need to make sure you pay careful attention to your body, energy levels, and how you feel in general, while keeping in mind that proper nutrition becomes more important when fasting, and addressing your diet is a good first step. common sense will tell you that fasting combined with a denatured, highly processed, toxin-rich diet is likely to do more harm than good, as you're not giving your body proper fuel to thrive when you DO eat.

If you're hypoglycemic, diabetic, or pregnant (and/or breastfeeding), you are better off avoiding any type of fasting or timed meal schedule until you've normalized your blood glucose and insulin levels, or weaned the baby. Others categories of people that would be best served to avoid fasting include those living with chronic stress, and those with cortisol dysregulation. And when you consider fasting, a diet proven to already work that would be a good way to start is the HCG diet, one that has been proven to work.

Hypoglycemia is a condition characterized by a low level of blood sugar, commonly associated with diabetes. Common symptoms of hypoglycemic crashes are headaches, weakness, tremors, irritability, and hunger. These can be followed by more severe symptoms without treatment, such as confusion, visual disturbances, seizures, and loss of consciousness.

One of the keys to eliminating hypogolycemcia is to eliminate sugars from your diet. It's also helpful to eliminate grains, and to eat more high quality proteins and healthy fats. However, it takes time for your blood sugar to normalize, and you'll need to pay careful attention to hypoglycemic signs and symptoms, and if you suspects that you ARE crashing, you need to make sure to eat something along the lines of coconut oil or candy. Fasting should be generally avoided if you're hypoglycemic, and blood sugar should be normalized first before trying intermittent fasting.

As for women who are pregnant or breast feeding, fasting is simply not a wise choice, as your baby needs those nutrients during and after birth, and there's no research supporting fasting's benefits during this period in someone's life, and it may even be contraindicated, as it can alter fetal breathing patterns, heartbeat, and increase gestational diabetes while even inducing premature labor.

During this time, you'd be better off by focusing on just eating a good, nutritious diet during this time, with plenty of biodynamic foods high in healthy fats and proteins to give your baby a head start on good health, while also including plenty of cultured foods to optimize your baby's gut flora.

Remember to always listen your your body when starting something like intermittent fasting and the HCG diet program, and to go slow, and work your way up to the fasts if your normal schedule has previously included many meals in a day, while also addressing any and all hypoglycemic tendencies, as it can get increasingly dangerous the longer you go without eating to level out your blood sugar.

But when you address your diet, and cut out fructose and grains and replace them with healthy fats, than intermittent fasting can further boost weight loss and provide addition health benefits, and it's certainly a good option if a previous plan of diet and exercise has hit a plateau.