How to Tell When You're Really Hungry 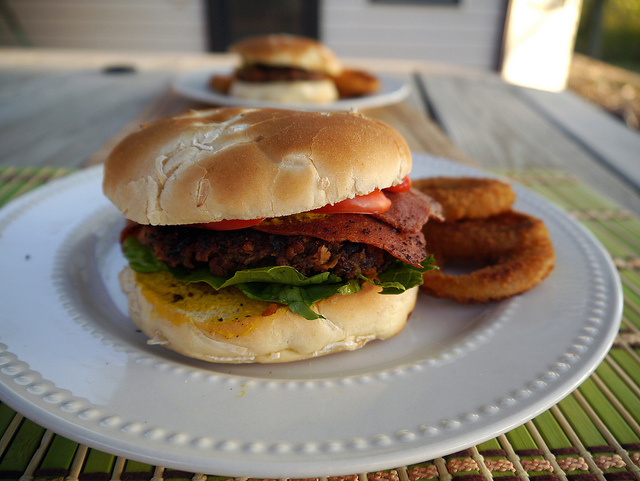 How to Tell When You're Hungry

Knowledge is your best ally in the war against weight gain, and more specifically it's the knowledge of how your own appetite works that can help you avoid eating when you're not hungry. Every person has different appetite triggers, and in this article we will discuss some of the most common triggers that drive people to eat when really don't need to, and you might catch one or more of these triggers that you may be able to easily fix. Being aware of some of the things that drive you to eat can help you avoid unnecessary meals, and one of the best things to do for your overall health and to avoid overeating is to only eat when you're physically hungry.

Be able to differentiate between physical and psychological hunger

Physical and psychological hunger and very different, and if you are trying to lose weight or maintain a healthy weight you need to be able to differentiate between them. In general, if you are still hungry in the minutes or a few hours after your last large meal, you know that it is psychological hunger and you need to be extra cautious of feeding that hunger. If you train your body and brain that it is okay to continue eating or snacking, even after you are full, you are developing a dangerous habit that can easily turn into weight gain. It's the unnecessary eating associated with psychological hunger that so often leads to weight gain.

One way to tell if your hunger is psychological is if you are craving a particular food. When you're physically hungry a lot of different foods will suffice, but if you're craving sugar, popcorn, chocolate, or another food specifically, you can almost always be certain that the craving is psychological. You should also always drink a glass of water when you get a food craving because the brain sometimes confuses dehydration with hunger, especially if you're craving something like a sugary drink, juice or soda. If you feel extremely hungry, the chances are that your hunger is physical, but if you have a light craving for food you are usually better off ignoring that craving, or at the very least satisfying it with a healthy food.

Psychological hunger isn't necessarily bad, but when you're craving a junk food or a high sugar food and giving into that craving on a regular basis it is very likely a problem, especially if you are trying to lose weight. The trick isn't to ignore your psychological hunger necessarily, but to replace your cravings with a healthier food. If you're craving sugar for instance, you can train yourself to satisfy that craving with fruit, or even a piece of dark chocolate isn't the worst thing in the world to eat. Instead of trying to starve yourself, only keep healthy foods in your house. That way you won't have any other option but to snack on something healthy if anything at all.

Hunger is a complicated thing that can be difficult to fix, and it can be helpful to try diets like the HCG diet which can help to restore a more normal appetite and reduce your cravings for junk foods. Psychological hunger is affected by many different things including your habits and behaviors, the foods that you've grown up with and become accustomed to, emotional eating, and neurotransmitters. You can easily become "addicted" to junk foods that make them feel better, and it's very often that these foods are unhealthy and high in sugar, fat, and chemical compounds that are designed to make processed foods more palatable but often makes them addictive. To avoid having to rely on junk food, just keep it out of your kitchen and home and replace it with healthy food. It might take a bit of discipline but it is well worth the effort.

Think about what triggers you to eat

Psychological hunger has many potential triggers, and if you can identify these triggers you will know when you are experiencing psychological hunger and will hopefully be able to resist it. Some of the triggers may include stress, anxiety, depression, anger or other emotions, which can lead to long term food addictions. This type of emotional eating can be difficult to break, and it often takes a drastic diet like the HCG diet which not only resets the metabolism, it also resets many of the psychological addictions to unhealthy foods.

If you know that you are feeling hungry because of emotional eating or boredom, you can spot the trigger and resist eating because you know it isn't physical hungry. Again, try to also think about when you had your last meal and if you are craving a particular food. Another common trigger that drives people to eat is watching TV or other entertainment. Many people associate entertainment with eating, which seems harmless on the surface but often ends up being another source of psychological hunger and unnecessary calories. Try to avoid eating when watching TV if at all possible, and if you have associated food with entertainment it is often a good idea to try to break that association, especially if it's been leading to overeating.

Slow down your eating

Previously on this blog we discussed the health benefits of slowing down while eating, and one of those benefits is that your hunger will definitely be reduced and you'll end up eating fewer calories each meal. It takes approximately 20 minutes for your brain to register that you have eaten, after you take your first bite. If you stuff down a bunch of food during that 20 minutes, you will be eating much more than you need to, and you won't even realize it. This can be avoided if you slow down the pace of eating. Instead of eating on the run, try to time your meals so that you are not eating while you are rushed.

Drinking plenty of water throughout the day is important and will definitely help you keep your hunger levels down. Water often suppresses the appetite slightly because hunger can definitely be triggered by an empty stomach. Water helps you moderate your appetite between meals and reduce cravings, but you should also always have a healthy snack available as well. Whole fruit, nuts, low fat string cheese, and jerky are all portable snacks that are healthy and are far better alternatives to the wide plethora of processed snacks available, and are even more satisfying that junk foods because they stabilize your blood sugar and keep you energized until your next meal.

Hunger is a complex thing that takes time to change, but if you make small changes in your habits and learn to identify when your hunger is psychological and not physical, you will be making major strides toward a healthier lifestyle. For more information on how the HCG diet can help you control your hunger and reduce your appetite for unhealthy foods, click here.