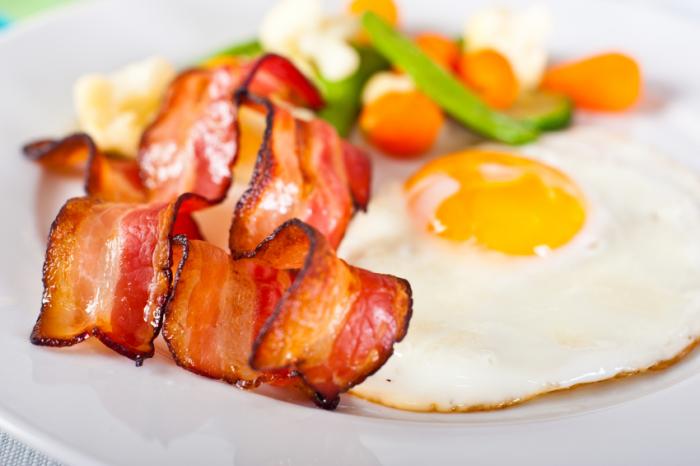 You may have heard about low carb high fat diets from celebrities trying them or athletes who swear by them, but they're not necessarily a good choice for you for several reasons. We'll discuss some of the basics of a low carb high fat diet and why they have become popular lately in this article. With a quick Google search you'll probably find dozens of different variations of low carb high fat diets or even more, but many of them are not created by nutritionists or medical doctors and aren't really based on any scientific or clinical evidence. Basically you'll want to avoid most low carb high fat diets when you're trying to lose weight for the reasons described below.

There's nothing that proves  that they work

Although the low carbohydrate high fat diet has been championed by some medical providers but it hasn't been extensively proven or tested in a real medical setting. The main reason to avoid these diets is the fact that there isn't much to prove that they actually work. As a matter of fact, a study just last summer from the National Institute of Health found that subjects on a low fat but high carbohydrate diet actually had more weight loss than those on a high fat and low carbohydrate diet [1]. This study was actually performed in a clinical setting where the nutrition of each participant could be carefully controlled and monitored.

Obese subjects in the study were given 800 calories less than they normally consumed and they ate the same number of calories each day (1,918). One group consumed a higher fat and low carbohydrate diet, while the other consumed a lower fat and high carbohydrate diet. Protein consumption was exactly the same between both groups. After six days, the high carb group lost an average of 89 grams of fat per day, while the low carb group lost only 53 grams of fat per day. Although the low carb group lost more body weight, most likely as a result of water weight loss, the actual fat loss of the high carb group was higher. Kevin Hall, an author of the study said, "Fat loss is a more important goal than weight loss."

Total cholesterol and HDL cholesterol dropped more for the high carb dieters and triglycerides dropped more for the low carb dieters. Keep in mind that these results don't mean that a high carbohydrate diet is good for weight loss, it only suggests that when protein consumption is equal, a higher carbohydrate diet and low fat diet may result in more weight loss than a lower carbohydrate diet and higher fat diet when calories are restricted. Hall mentioned, "The body acts to minimize such differences"¦and the total calories in the diet is the primary driver of body fat loss." Of course the results of this study were criticized by some who argued that the low carbohydrate dieters were still consuming too many carbohydrates as well as simple sugars, which may be true to some extent.

Calorie restriction is more important than anything else

But it suggests that simply reducing your intake of carbohydrates and increasing fat consumption is enough by itself to lose weight - that actual calorie restriction is more important when it comes to weight loss. Essentially if you're still eating the same amount of calories as you did when you were gaining weight, you'll be hard pressed to lose weight, even though the quality of those calories may be higher and may improve some of your metabolic functions and reduce inflammation. All of the side benefits of higher quality calories are certainly important for being healthy, reducing your risk of disease and their other benefits, but if you're trying to lose weight quickly you absolutely have to restrict your calories.

That's primarily why the HCG diet is so effective and why it has worked for decades; by restricting your calorie intake safely and reducing your consumption of fat and carbohydrates both while increasing the quality of the calories that you do eat, you are getting the weight loss benefits of a low calorie diet combined with the benefits of higher quality nutrition. The hormone also helps your body with transitioning to this very low calorie diet in a short period of time. Calorie restriction is by far the most important thing when it comes to weight loss, and if any diets are suggesting that you don't need to worry about it then you should definitely be weary, as there's no evidence to suggest that can work in spite of what some may have claimed.

As previously mentioned, there are a lot of famous proponents of high fat low carbohydrate diets like athletes and celebrities. However it is obvious that athletes get much more exercise on a regular basis than the vast majority of people. This means that you aren't going to get the same results by following an athlete's diet unless you happen to be an athlete yourself. Most of us don't have the time to exercise as much as an athlete, and of course they have very different goals when it comes to their own weight loss and conditioning.

It doesn't make sense to follow an athlete's diet, and the same goes for celebrities who also often have personal trainers or the time to exercise regularly. For those people, it really doesn't matter all that much what type of diet they are on because their exercise is a major factor in their weight. If you don't have the time to exercise regularly or if you haven't had weight loss results from exercise alone, which many people have experienced, then you need to try a proven diet that works based on calorie restriction. There's really no other method of weight loss that has as much scientific and clinical evidence as very low calorie diets, and with the proper medical supervision they can be a great way to lose weight quickly and without having to sacrifice much in terms of time or effort.

To learn more about how the HCG diet, one of the most popular and proven very low calorie diets in the world, can work for you to help you lose weight, click here to contact Nu Image Medical today.