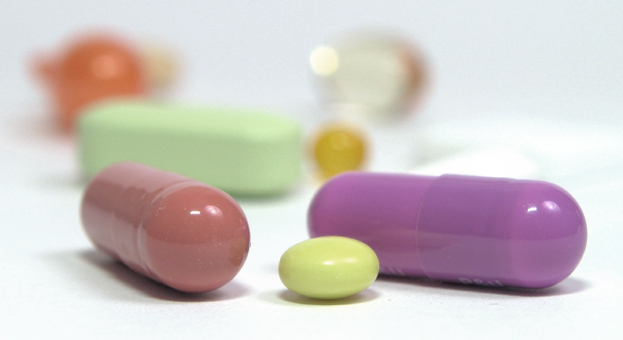 2,4 dinitrophenol (DNP) is an industrial chemical that has been used since the 1930s in industry, but it later became popularized as a weight loss drug. It is known for its ability to cause rapid weight loss, however this weight loss does not come without significant side effects. A study in 1933 at Stanford found that DNP caused metabolic stimulation in 50% of the patient who took it. Carbohydrate and fat stores were broken down and rapid weight loss occurred, but the researchers warned that there could be significant side effects and that there was the potential for fatal overheating with the drug.

Within a short period of time after the Stanford study, DNP was taken by tens of thousands of people with the hopes of rapid weight loss without having to alter their diet. There were several companies marketing DNP as a weight loss drug. Reports of side effects started to emerge quickly. The more people who took DNP, the more that these reports increased. Many patients developed cataracts and skin lesions. There were even some deaths due to "overcooking" because DNP stimulates heat production. One patient died after his body temperature reached 43 C. As a result, DNP was designated as "extremely dangerous" in 1938 and it was taken off of the market. However, that was not the end of the availability of DNP.

DNP unfortunately can still be purchased online, and its use has been encouraged by some. Dan Duchaine, a steroid user, met a Russian physician named Nicholas Bachynsky in prison. Bachynsky had been incarcerated for insurance fraud, however he was also known for his use of DNP on patients for weight loss. Duchaine started promoting DNP as a weight loss agent after he was released from prison, which resulted in a rise in popularity of this dangerous weight loss drug. Although it could not be obtained with a prescription, illegal pharmacies were selling it on the black market and online. As a result, many of the same side effects such as cataracts and overheating started occurring once again, with some deaths. It goes without saying, but this particular drug is highly dangerous and should never be used for weight loss, in spite of what some may claim.

Sibutramine is no longer available in the United States because of its dangerous effects, but there are many illegal pharmacies that still sell this dangerous weight loss drug. Its production was ceased because of several studies that found a link between it and cardiovascular events like stroke and heart attack. Sibutramine was first made available in 1998 and since its launch it was associated with several deaths and adverse reactions. Even before it was approved in 1997, there was an advisory committee at the FDA that voted 5-4 that the benefits of the drug did not outweigh its risks, yet it was still approved.

Sibutramine works in terms of weight loss by suppressing the appetite in some people, but the effect of appetite suppression does not occur for everyone. In fact, some people experience an increase in their appetite levels. This is because researchers did not really know the drug's true mechanism for causing weight loss. However, it was determined that sibutramine can increase blood pressure substantially for some patients, as well as pulse rate. This posed a risk to patients with high blood pressure, a history of coronary heart disease, and other cardiovascular illnesses. There were a total of 397 serious events associated with the drug in only three years after 1998 that were reported to the FDA, including 29 deaths, but it still was not taken off the market entirely until 2010.

Fen-phen is a weight loss drug that was first available in the early 1990s. Although this drug should never be sold in any circumstance after a ban in 1997, it still may be available at illegal pharmacies. The name comes from its two main compounds: phentermine and fenfluramine. Fenfluramine works as an appetite suppressant and this drug was first marketed in the 1970s but it didn't show very promising results. Phentermine is an amphetamine that also has appetite stimulant effects. These two drugs were combined to create Fen-Phen and it was marketed as a weight loss miracle cure. However, its dangerous side effects made it anything but that, and after several health incidents it was finally taken off of the market.

Fen-phen was finally removed in September 1997 after the drug was linked to heart valve problems. The drug made existing cardiovascular problems such as pulmonary hypertension, valvular heart disease and other problems worse. Before the drug was banned it had over $300 million in sales and it was incredible popular. At one point the demand was so great that physicians prescribed the drug without much thought about its consequences. However, after the drug was banned this practice was discontinued. Still, there were some companies that continued to sell the drug illegally, like many other drugs that were banned by the FDA but were still sold at illegal pharmacies.

Clenbuterol is not a safe weight loss drug

Clenbuterol is a drug that was created in order to treat asthma, and it became a popular weight loss aid for bodybuilders. However, it was never intended for weight loss purposes, and there were several studies that determined that it could be potentially dangerous when used in this way. The drug appeared to have some positive effects in terms of fat metabolism while preserving muscle mass. However, as the use of clenbuterol increased, it became a controlled substance. Supplements were sold with different names and had clenbuterol as the active ingredient in them. Clenbuterol has been known for its use among athletes and celebrities, in spite of the lack of evidence that it can actually work effectively as a weight loss supplement.

Several baseball athletes were found using clenbuterol as a performance enhancing drug. However, the drug has some potentially serious side effects including high blood pressure, tachycardia, nervousness, and many others. Overdoses can be dangerous and can lead to more serious side effects such as dizziness, muscle tremors, digestive system irritation, headaches, and other effects. Self administration of the drug without medical supervision leads to many of these side effects because of using the wrong dosages or other mistakes. Although clenbuterol continues to be sold in several different supplements and continues to be used as a weight loss drug, there is nothing to suggest that this usage is safe, and there are plenty of reasons to avoid it.

The HCG diet can result in rapid and successful weight loss without the need to use any weight loss aids or dangerous supplements. It is an all-natural weight loss program that only uses the hormone HCG to speed up fat metabolism and control hunger. To learn more about the benefits of the HCG diet, contact a medical provider at Nu Image Medical today.