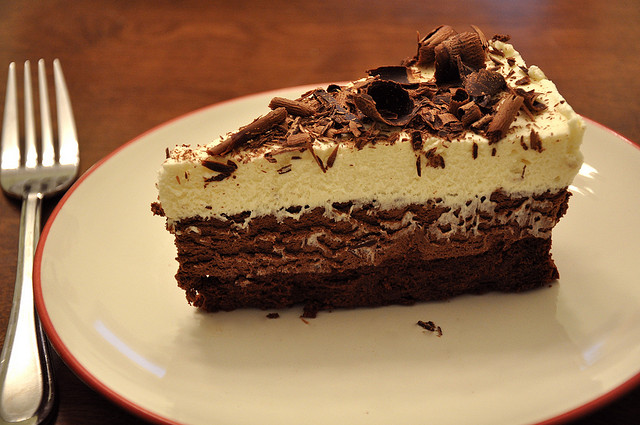 Obesity has become one of the biggest and most significant health problems in the United States as well as many other countries. Obesity leads to a wide range of chronic illnesses that kill millions of people each year including heart disease, diabetes and high blood pressure, and many others.

One of the biggest problems that occurs as people get older is a lack of physical activity combined with a diet that is high in calories, especially calories from simple carbohydrates and other unhealthy sources. The result of this diet is a slowed down metabolism, constant weight gain, and a struggle to maintain a healthy weight. Exercise alone also isn't enough to combat the effects of an unhealthy diet as many studies have shown; it takes a conscious effort to make long term dietary changes in order to maintain a healthy weight and avoid gaining weight.

This article will discuss some of the biggest causes of weight gain, many of which are easily preventable with a bit of effort. It doesn't take much to change your eating habits, and diets like the HCG diet can be a great way to reset your appetites to normal if you have struggled with food cravings. In general, the biggest causes of weight gain have to do with your diet and a general problem of taking in too much energy and not expending enough energy in the form of calories and simple carbohydrates.

To lose weight you need to have a calorie deficit and weight gain is the simple result of a calorie surplus, particularly when the calories are coming from simple sugars, starches, and unhealthy fats. The end result of a constantly poor diet is a condition that is known as metabolic syndrome, characterized by symptoms like inflammation, high blood pressure and other symptoms, and it is this condition that is often associated with obesity and several different chronic illnesses.

Genetics are a major contributor to weight gain

Genetics are a major component when it comes to obesity and weight gain. Some people have a predisposition to store more fat than others, and this predisposition can make it very difficult to maintain a healthy weight, even when they try to eat a normal amount of calories every day. Studies have proven that the offspring of obese parents are far more likely to gain weight than people who do not have obese parents.

This is not to say that environment can't have an influence over genes, obesity genes are triggered at a greater level by a poor diet and an environment that contributes to obesity. Likewise when a person has a healthy diet they are less likely to trigger those same genes and may be able to overcome their predisposition to obesity. A perfect example of how environment can affect genetics is how non-Western societies that traditionally had a low level of obesity start to increase in obesity levels after they adopt a Western diet.

We've discussed this point in detail on this blog before, but junk foods are scientifically engineered to be as palatable as possible. They are designed to have as little fiber as possible and to have several calories in every serving, as adding fiber into foods makes it harder to finish large quantities of them. They are purposely designed to be addictive and to be as appealing to the senses as possible. Although some junk food manufacturers have expressed concern about the rising obesity epidemic in the United States, their products are still designed to be addictive, and even the so called smart varieties of junk food that are portioned into 100 calorie bites are still often made with high amounts of simple carbs, sugars, and other unhealthy ingredients.

Those who eat junk foods on a regular basis are going to be much more likely to gain weight, even if the amount of calories consumed each day isn't very high. The ingredients in junk food cause metabolic issues and make it easier to for the body to store fat. Most people spend a large portion of their food budget on junk foods, anywhere from 20 to 50 percent or more, and very little of their food budget on whole foods. It should be the other way around, you should spend anywhere from 80 to 90 percent of your food budget on whole foods and a very small percentage on processed foods and junk foods if you are trying to avoid weight gain. The other major problem is that many junk foods happen to be inexpensive, even though their low price comes with minimal nutritional quality.

It's not just a matter of willpower

Some people chalk up obesity to simply being the result of a lack of willpower, and this couldn't be further from the truth. It is a complex combination of environment, genetics, hormones, behaviors, and brain circuits that lead to obesity, not just a person's willpower. Willpower can overcome many of those factors, but not necessarily all of them, as genetic factors can be very powerful and can make losing weight extremely difficult. There are also a wide range of medical conditions that can make weight loss more difficult for some people than others. It's important to clarify this point moving forward, because people often blame obese people and think that it is a very easy thing to lose weight, when in reality it takes serious effort.

Obesity remains one of the biggest health problems facing Americans, and the number of those who qualify as obese outnumber those who are considered simply overweight. An estimated 75 percent of men and 67 percent of women are either overweight or obese. 78 million adults and over 13 million children are considered to be obese, and the numbers keep growing every year. Although the solution seems simple, the combination of a poor diet, junk food addiction, a sedentary lifestyle, and genetics and lifestyle factors make obesity very common in the United States and a difficult problem to solve.

As the rates of obesity climb, the tools that are needed to fight it need to be better than ever, and medically supervised very low calorie diets like the HCG diet offer some of the best ways to fight obesity because they result in rapid weight loss. Many overweight and obese people have had success on the HCG diet compared to other diets because the hormone makes it much easier to lose weight, and the diet is structured so that the calorie restriction is not as painful as it is on other diets. The foods that are approved for consumption on the diet both help the body burn fat and they are rich in nutritional value. Although it is a very low calorie diet, most patients get through it with minimal issues and lose a large amount of weight that would otherwise take several months if it could be done at all.

The HCG diet is  one of the best ways to combat obesity without having to rely on dangerous gastric bypass surgery or other surgeries that can be harmful or potentially dangerous. It's a great first option for weight loss because it doesn't have the symptoms and side effects that other methods can have, and the vast majority of patients are thrilled with the results that they get. It's one of the few diets that can give real results for obese patients and it is easy to follow and stick to no matter what your experience has been with other diets.

If you want to learn more about how the HCG diet can help you lose weight and fight the factors that may be triggering weight gain in your life, contact Nu Image Medical today to ask more questions about the diet or to start a round.