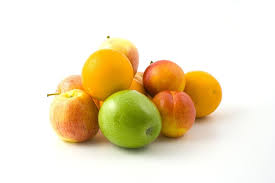 Benefits of a calorie restricted diet.

The discovery of the caloric restriction diet was one of the best anti-aging discoveries ever made. It was discovered in 1935, when rats that were fed a calorie restricted diet achieved a radically extended average and maximum life span, along with the delayed onset of age related disease. Back in the 1930s, Dr. Clive McCay of Cornell University found that he was able to double the lifespan of rats when their food intake was halved. Professor Huxley studied the lifespan of worms, and he found that by periodically underfeeding them, he extended their life-span by nineteen times. Please note that Dr. McCay published his study with rats in the Journal of Nutrition, and he found that the calorie-restricted rats were not only considerably longer-lived, but more healthy and youthful as compared to the control rats. The control rats became weak and feeble, and when they neared the end of their natural lifespan, which is approximately 32 months of age (equal to 95 years in human terms), all of the control rats were dead. However, the calorie-restricted rats were still alive, youthful and vigorous, and the oldest lived 1,456 days, approximately 150 years in human terms.

When a group of people consumed a similar caloric restriction diet, their conventional markers of aging, such as excess glucose, cholesterol, triglycerides, and LDL fell rapidly to much lower levels.

In the most significant finding to date, two groups of Rhesus monkeys were studied for twenty years. The group placed on a moderately restricted diet reduced their incidence of age-related disease by a factor of three! Cancers and cardiovascular disease were less than half in the moderate calorie restricted group compared to controls. None of the moderate calorie restricted group developed diabetes or impaired glucose tolerance, despite a usually high prevalence in these monkeys. An interesting finding showed that moderate calorie reduction preserved brain volume in certain regions. Normal aging is accompanied by brain shrinkage as neurons are lost.

We face an unfortunate reality in this day and age, in that very calorie dense, unhealthy foods are abundant, cheap, easily accessed, and sold almost anywhere. It's pretty easy to see how one can end up on a poor diet, eating the wrong types of food and way too much of it at the same time, much more than our body's daily caloric needs.

Excess caloric intake causes our bloodstream to be horribly flooded with glucose, insulin, cholesterol, fat, homocysteine, and other inflammatory inducers. Persistent overload of the bloodstream predisposes us to cancer, stroke, heart attack, senility, painful inflammation, and virtually every other existing and age related disease. Overconsumption of calories has another insidious effect. Many scientists believe that our life span is largely controlled by genes that program our bodies to function in a youthful-healthy state. When we consume excess calories, we cause some of these genes to turn against us and contribute to accelerated aging and death.

If we reduce the amount and/or effects of ingested calories, the result is a more favorable gene expression profile. Such a positive effect helps us to live longer, healthier lives. Controlling the impact of ingested calories becomes an important part of a science-based longevity focused diet, as excess calories reduces life span by increasing the risk of degenerative disease and accelerated aging.

To reduce the amount of calories you take in and absorb, it's important to know how your body and calories work in the first place. Foods eaten must first be broken down by digestive enzymes before they are absorbed into our bloodstream. Dietary fats, for instance, are broken down by lipase enzymes in the stomach and small intestines. Taking 120 mg of the lipase-inhibiting drug orlistat before meals reduces dietary fat absorption by 30%. Green and black tea also inhibit lipase, enabling you to eat more calories without absorbing all of the fats. In fact, when the teas were administered to lab rats, there was an immediate suppression of post-meal triglyceride elevation in blood, The scientists attributed these results to the inhibition of pancreatic lipase activity.

You might think that a drug like orlistat that reduces fat absorption by 30% would induce significant weight loss. The harsh reality is that study subjects must reduce their dietary fat intake and take orlistat to lose just 20.5 pounds in one year. These data reveal the frightening degree to which most of us overeat. Basically, even when fat absorption is reduced by thirty percent, we still take in too much fat in our normal, everyday diet.

Studies show that in response to consumption of green or black tea Polyphemus (or orlistat), substantial reductions in blood glucose, triglycerides, cholesterol, and other vascular risk factors occur. These same changes happen when one reduces calorie intake,suggesting that those who continue to eat too much should take steps to block digestive enzymes that enable excess calories to be absorbed.

Most diets contain too many refined, complex carbs, that add to the caloric burden. Ingested carbs are broken down for absorption by the enzymes sucrase and amylase, and glucosidase. One may obtain some of the effects of a law carb diet by taking fifty to a hundred miligrams of acarbose before each meal. Nutrients that may slow carb absorption include white kidney beans, Irvingia, and L-arabinose.

Clinical studies confirm significant reductions in glucose, insulin, and triglyceride levels in response to taking acarbose alone. These effects also occur when one restricts their calorie intake. Clinical studies show dramatic reductions in heart attack rate in response to acarbose. This same kind of vascular disease risk reduction has been observed in experimental studies where food intake is restricted.What this indicates is that one may obtain some of the benefits of following a calorie restricted diet by inhibiting lipase, amylase, glucosidase, and sucrase enzymes.