9 Habits That Are Keeping You From Losing Weight 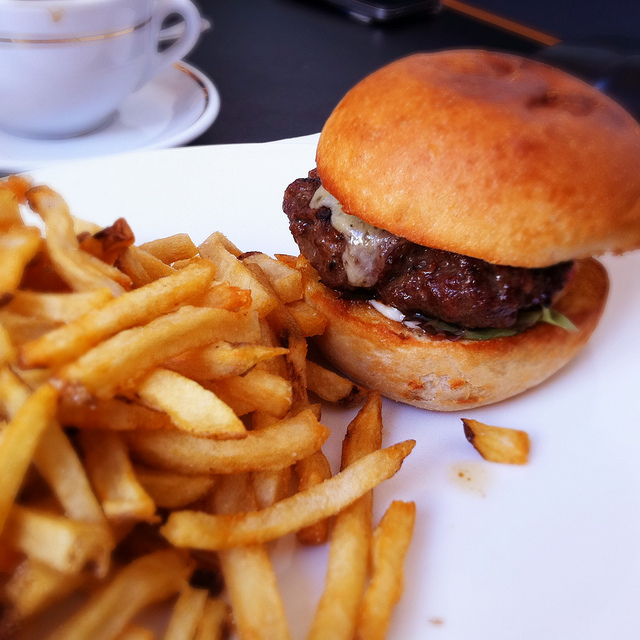 Habits That Are Keeping You From Losing Weight

Diets like the HCG diet can help you lose weight fairly quickly, but the real battle happens after the diet is over. Maintaining a healthy weight requires lifestyle changes that can be difficult to make. Bad eating habits can have such a major impact on your weight that they completely negate any exercise that you do. It can be frustrating to work out regularly and still not see the results that you expect. If you have struggled with weight loss, the HCG diet can help you get back to you a healthy weight quickly, and you can get more information about the diet here, but you should also be aware of these bad eating habits and how they may be affecting your weight loss efforts as well.

Eating before bed or getting up at night to eat is almost always a bad idea. Your body needs much less energy when it is sleeping, so having a carbohydrate rich meal before bed is always a bad idea. If you're hungry at night try drinking a glass or two of water and it might stave off your food cravings. If you do have to eat something, eat as little as possible and stick to whole foods. Avoid eating any grains or carb rich meals before bed, all they will do is spike your blood sugar up and you won't be able to burn the excess energy before bed so it will be stored as fat.

Bad habit #2 - Not getting enough sleep

Studies show that when you don't get enough sleep you are likely to eat too many calories. Your body compensates for the lack of energy by eating more, and you're more likely to eat out of boredom when you don't sleep enough. Some people can get by on less sleep but those people are quite rare; most people need a minimum of seven to eight hours of sleep per night. Seven hours is cutting it a bit short, but you might be able to get by on seven hours if you're used to it. No matter what, you need to be aware of how many calories you eat each day because it doesn't all come down to sleep, but sleep definitely has its role in maintaining a healthy weight.

Exercising without eating enough before your workout is definitely always bad. You need to eat at least two to three hours before your workout to ensure that you have enough energy to get through your workout. You definitely never want to exercise on an empty stomach because your body will burn muscle along with fat to supply you with energy. At the very least drink a whey protein shake and eat a piece of fruit before working out, and if you find that you are getting fatigued during your workout you may need to eat more. Also remember that it is important to have a protein rich post workout meal, especially if your workout had resistance training.

Some diets advocate eliminating all carbs, but that is almost always a bad idea. The HCG diet doesn't eliminate all carbs, instead it limits carbohydrate intake to natural sources. Scientific evidence suggests that one of the biggest sources of weight gain is the carbohydrates from grains and refined sugar, not from natural sources. If you're trying a ketogenic diet or one of the diets that recommend reducing carbohydrate intake to a bare minimum, you'll have much less energy and you even run the risk having some potentially serious health problems. There's no good reason why you should avoid eating carbs from vegetables and low glycemic index fruits when you are trying to lose weight, and these carbs provide a valuable and necessary source of energy.

Portion control is one of the most important habits to develop when you're trying to lose weight. It isn't just what you're eating, but how much of it, that plays a role in weight gain. Using smaller dishes for meals is one way to reduce your portions; you are less likely to fill up a small plate with a heaping portion than you are with a larger plate. You also need to be aware of how many calories you're eating, and stick to the recommended serving amount. It's also easier to eat smaller portions when you eat several meals throughout the day rather than just one or two larger meals.

Although the HCG diet does not require you to exercise during the three or six week very low calorie diet, you should definitely be exercising after this portion of the diet is over. It can be a challenge to fit exercise into your busy schedule, but it's a must for your health and to maintain a healthy weight. Always make time in your week to exercise, and thankfully it doesn't take very long; you can work out just 30 to 45 minutes at a time, three to four times per week and you can maintain a healthy body weight, as long as your exercise is moderately intense.

It isn't that snacking is bad, but what you snack on makes a huge difference. It's easy to pick up a granola bar or a cookie, but these snacks are some of the worst foods you can eat between meals because they are high in sugar and will just leave you feeling hungry in an hour. Most packaged foods that are marketed as snack foods are a really bad idea to snack on, instead snack on vegetables, nuts or fruit between meals. Jerky, whey protein, tuna salad, and other easy to make protein rich snacks are some of the best snacks because they will keep you satisfied and you won't need to eat as much.

Bad habit #8 - Dining out too often

There are plenty of healthy options when you dine out, but it's easy to eat a calorie rich meal without thinking much about it. If you eat a large meal followed by a dessert, and you eat out too often, it will definitely lead to weight gain. If you do enjoy eating out, try to stick to the healthy options, and there are now plenty of healthier options available even at fast food restaurants.

The jury is still out on how bad skipping breakfast is for your health, but most studies suggest that eating something in the morning can have a positive impact on maintaining a healthy weight. People who eat breakfast are less likely to eat larger portioned meals for lunch or dinner, and they are more likely to eat later on in the day, which isn't a good idea. If you find that you aren't hungry in the morning you don't have to force yourself to eat, but the most important thing is to have something ready to eat as soon as you start getting hungry rather than staying hungry until lunch.