7 Easy Ways to Speed up Your Metabolism 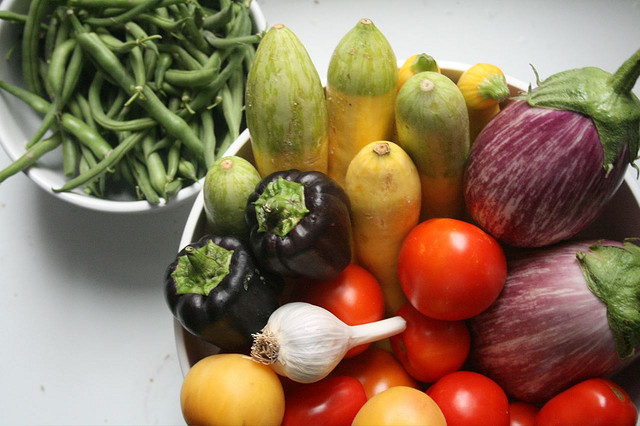 Ways to Speed up Your Metabolism

There are several ways that you can speed up your metabolism, which in turn can help you burn fat naturally. A slow metabolism is often the result of genetic factors as well as age, but your lifestyle and diet habits have a major role in your body's fat metabolism, and there is a lot that you can do to reduce the effects of the inevitable metabolism slowdown that occurs with age.

The HCG diet is effective at helping you lose weight regardless of genetic factors or age, and it can help you drop a substantial amount of weight very quickly. The diet also can boost your metabolism because it helps your body reverse much of the metabolic damage that a poor diet can cause.

If you have struggled with weight loss even in spite of your dieting efforts, try out some of these methods that can help boost your fat metabolism and also consider trying a round of the HCG diet which only takes a few weeks and can help you transition to a healthier lifestyle.

Green tea is one of the healthiest drinks in the world, and in several previous blog posts we have discussed how the tea is one of the best drinks that can actually boost your fat metabolism without any extra effort. Several studies have found that compounds in the tea called catechins can increase your metabolism by increasing your energy expenditure and helping the body oxidize fat. It can boost your body's energy expenditure by about 4.5% or more if you drink about 5 cups of green tea per day, which sounds like a lot but really isn't that difficult, especially considering that many people drink 2 to 3 cups of coffee per day.

Fish oil and krill oil are excellent for your health for several reasons, and the boost that they can give to your body's fat metabolism can be substantial. These supplements are an excellent source of omega-3 fatty acids which have been proven to be effective at boosting weight loss when combined with other weight loss methods like dieting and exercise. Research has also shown that obese individuals are more likely to be deficient in omega-3 fatty acids, and replacing those lost fatty acids through diet and supplementation may help to reduce the inflammation that can also contribute to weight gain. The suggested amount is anywhere from 1,000 mg (of fish oil) to 2,000 mg per day, but you should discuss the specific amount with your medical provider before taking any fish or krill oil supplement.

Your body needs water to be able to efficiently process the food you eat every day and for its metabolic needs. Studies have even shown that people who drink 8 or more glasses of water per day lost more weight than people who drank 4 or fewer glasses per day. Drinking more water also helps your body feel fuller, and studies have also suggested that much of what the brain experiences as hunger is often dehydration, especially for people who are consuming an excess amount of calories each day. Drinking green tea and other teas is even better than drinking water, and in any case you should replace any drinks in your diet that contain sugar with water, tea or unsweetened beverages as much as possible. Doing so is one of the easiest ways to lose weight and avoid the harmful effects of empty calorie intake.

If you haven't been eating breakfast on a regular basis, you should strongly consider starting because it is one of the easiest ways to boost your metabolism and help keep excess weight off. Several studies have shown that people who eat a large healthy breakfast lose more weight over time than people who skip it. After you wake up your body is craving nutrition and is starved even though you might not feel starved, and if you wait too long to eat your next meal you may end up damaging your metabolism as your body switches into starvation mode. If you eat a regular healthy breakfast you will train your body that your metabolism needs to be ready to go right in the morning and it will kick it up a gear, and you also won't be as hungry at your later meals.

Many people do not get a sufficient amount of protein in their diet, and the resulting weight gain from excess carbohydrate intake is a very common thing. If you don't get enough protein in your diet, you will end up eating more carbohydrates because you'll be continually deprived of energy and your blood sugar levels won't be stable throughout the day. The current FDA recommended daily amount of 0.36 grams of protein per pound of body weight is considered by many nutritionists to be way too low, and researchers suggest that an amount around 0.60 to 1 gram per pound of body weight is much more acceptable, depending on how often you perform resistance training and intense exercise. Those who are not as active don't need as much protein on a daily basis, but should be sure to get at least 0.50 grams per pound of body weight which can help to maintain a normal weight.

It can be very difficult to find organic foods all the time but it is getting easier and easier as the demand for these foods increases. You should try to eat organic produce and meat as much as possible, not only to avoid toxins and pollutants in your food but also because of the results of one study by Canadian researchers who found that dieters who had a greater amount of organic pollutants (which are found in pesticides) had more difficulties with weight loss than those who didn't. This suggests that pesticides may affect your body's fat metabolism. It can be difficult to find organic foods, but a good rule of thumb is to try to always eat organic meat, and when it comes to fruits and vegetables if you can eat the skin then you should try to get organic, but if the skin is inedible (avocados, grapefruit) it isn't as important.

Easy Method #7 to Boost Your Metabolism - Stand up

Research has shown that standing up and moving around about 2-3 minutes every hour can be very important at preventing obesity and even prolonging your life. One major study found that people who were the most sedentary (sitting, driving, and being stationary at a desk or laying down) had a greater chance of developing ta wide range of chronic illnesses, and many studies have found that the simple act of sitting down for several hours per day can be very detrimental to your health and metabolism and can even change the body's chemistry by shutting down an enzyme that helps break down fat. Many people work at desk jobs where they must sit down for a long period of time each day, but they should take a break every hour and stand up and walk around for at least a few minutes and set a timer if necessary.