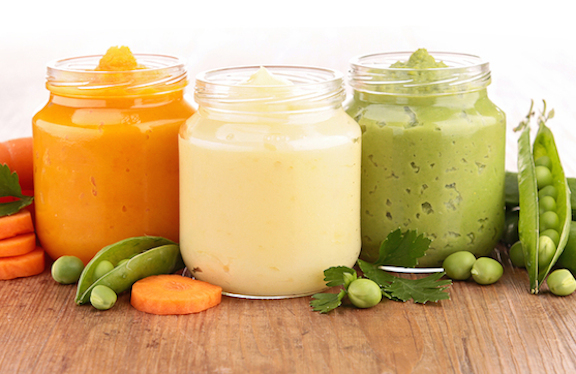 Celebrity diets have become popular throughout the United States but they are far from a good option for many people because they are often based on pseudoscience and other types of anecdotal or false data. You have to be very careful with any popular celebrity diet because they by no means guaranteed to work, and several people who have tried them have had negative consequences.

You aren't going to get the same results that celebrities get most times because not only do they diet, but they are also usually able to dedicate large amounts of time every day to exercise and generally focus on their overall health, while average people have routines they have to stick to and limited time.

You can't expect to get the same results that celebrities get just by following the same diet. That's really one of the biggest misconceptions with celebrity diets, along with the misconception that these diets are safe just because a celebrity has tried them.

As you probably already know, celebrities often do foolish things and relying on them for diet ideas is definitely not the wisest of decisions, especially when there are clinically proven diets like the HCG diet that can work better than any fad diet. Some celebrities have also used the HCG diet rather than coming up with their own diet plan, and they've had success with it, so it goes to show that it's better for most people to use an established diet rather than testing out something new.

We aren't sure exactly where this one started, but supposed Jennifer Anniston got the idea that baby food is a pure form of whole food that can "detoxify" the body. This diet is definitely not based on any clinical evidence at all, and it's just about as crazy as it sounds. The only way that baby food could potentially be remotely good for weight loss is the simple fact that one serving of baby food is generally low in calories; most baby food jars have about 40 to 80 calories per serving. But obviously they're not designed for adult humans, and it can definitely create nutritional deficiencies when you don't know how to properly structure a low calorie diet.

We think this one was started by BeyoncÃ©, and supposedly she sipped a lemon and maple syrup drink for two weeks to reduce her weight very quickly. Who knows what was in the drink, but it was supposedly called the "Maple Syrup Diet" because it contained maple syrup and supposedly caused her to drop over 14 pounds. The drink contains lemon juice, maple syrup and cayenne pepper, which might be fine as a weight loss drink by itself, although unpleasant, but relying on only that as a source of nutrition for two weeks is downright dangerous. Don't try any diet that hasn't been properly vetted by a medical professional, especially a diet that calls for you to only drink liquids for any period of time.

This is one of the more bizarre celebrity diet fads that was popularized by actors Zoe Kravitz and Shailene Woodley, who both admitted to trying this crazy diet. It involves eating clay to cleanse your digestive tract and supposedly help you lose weight. The theory is that the clay passes through your digestive system and removes toxins from it, but of course there is zero scientific evidence to support this diet. The clay also supposedly reduces hunger by filling you up. We guess that eating clay would at least give you the feeling of being full, or anything without any actual nutritional value, but it could also very easily be toxic or dangerous, and highly unadvisable in any circumstance.

We don't doubt that apple cider vinegar is good for you, in fact we even allow it on the HCG diet during Phase 2 and beyond, but this diet goes far beyond that. This diet has a few different variations that you might find, but it generally involves consuming drinks or food made with apple cider vinegar as one of the main ingredients. The theory is that the apple cider vinegar can cleanse and detoxify your body and assist with weight loss. It might do some of them, although it needs to be studied in more detail, but it's never safe to only rely on a low calorie drink as your main source of nutrition. And that's really the main problem with this diet and many of the other celebrity diets mentioned in this article.

This is another one that has many different variations that you'll find, some of them very low calorie diets and some of them being moderate calorie diets. This one was popularized by Jessica Simpson who claimed that it helped her lose her post pregnancy weight and shed 60 pounds. Supposed the diet involves eating 2 snacks and drinking 3 smoothies for the first 5 days, then switching to 2 smoothies, 2 snacks and 1 meal for the next five days. Although this diet isn't as crazy as some of the others mentioned, the fact that it wasn't created by a medical professional doesn't give it much trustworthiness.

This is a pretty popular diet and an older one that was partially popularized by Brooke Shields, and it revolves around the idea that grapefruit is a fat metabolizer and helps the body burn excess fat. This is actually true; grapefruit is definitely one of the best whole foods to consume regularly for weight loss, and that's why it's allowed on the HCG diet. The thing that the proponents of this diet won't tell you is that you also have to eat other nutritionally balanced foods for a low calorie diet to work, not just grapefruit and liquids or whatever else the diet calls for. It's another one that you have to avoid because of the extreme calorie restriction without having a nutritional expert review the diet for safety.

This diet was brought into the headlines by Sarah Michelle Gellar who supposed used it to slim down. The diet claims that you'll reduce fat levels by drinking a cabbage based soup which is low in calories. It's true that cabbage soup is low in diet, and it's a great meal option for the HCG diet, but just for one meal, not your only meal of the day. There are other weird rules for this diet like only eating certain vegetables during specific periods of the day and other requirements that don't make any sense. Like the other diets mentioned in this article, there's no real evidence to suggest that it will work at all, and as a result you should do your best to avoid it if you're trying to stay healthy and don't want to make an unexpected trip to the doctor.

As you can see there are many different celebrity diet fads that have risen and fallen in popularity, but virtually all of them have zero evidence backing them up. Choosing a clinically and scientifically proven diet like the HCG diet is always a smart choice. You might have to pay for the diet but at the very least you'll know that you're getting a diet that is guaranteed to work and be safe. You want to lose weight in a way that will be good for your health and with long term permanent results, and the HCG diet gives you this exact opportunity.