5 Ways to Boost Your Metabolism Naturally 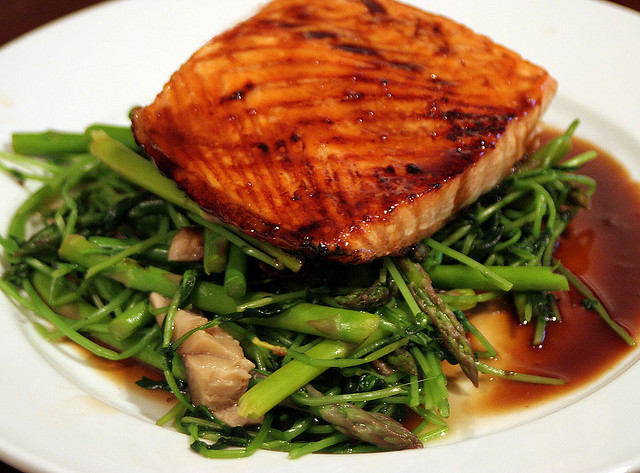 Yes it's been said a million times but breakfast really is the most important meal of the day. After extended sleep your body needs nutrition and the longer you go without it the more it can slow down your metabolism as your body tries to operate on starvation mode.

If you aren't hungry right after waking up it's alright to wait a few hours or until you get hungry, but have something ready to eat. Something as simple as a hardboiled egg and a piece of fruit takes just a few minutes to prepare and will hold you over until lunch while keeping your metabolism going.

No matter what you eat try to always include some protein in your meal, as it will keep your blood sugar steady and help you feel satiated for longer. High carb breakfasts are definitely not ideal as you will get a surge of energy that will quickly drop off and leave you feeling like you just woke up. Other options for breakfast protein include sausage, lean meats, cottage cheese, and salmon.

There is a link between not getting enough sleep and a slow metabolism. Researchers have found that people who get less sleep are more likely to eat lower quality meals. For instance, if you're tired at work in the morning you may be more likely to grab a coffee and a doughnut for energy, and once you get back home you might be too tired to cook so you grab some fast food.

Sleep deprivation can end up being a vicious cycle pretty quickly and you can put on quite a few extra pounds by simply not getting enough sleep. Essentially you compensate for the lack of sleep by getting more energy from food. Leptin is a hormone that tells your brain that you are full, your body produces less leptin when you are sleep deprived, which makes the effect worse.  Leptin is one of the main hormones associated with fat metabolism, and if  your leptin levels are too high, it is sign that something is wrong with your metabolism. Obese people usually have leptin levels that are too high, and high leptin levels are also associated with a higher risk of heart attack and coronary artery disease.

Studies have shown that sleep deprived people are also more likely to be obese. So be sure to get a minimum of six hours of sleep each night, but many people need eight to ten hours, it just depends on the person. If you get 7 hours of sleep and you still feel tired then you probably need to sleep more, so be aware of your sleep needs and get into the habit of sleeping an adequate amount each night so you don't build up a sleep debt.

Studies have shown that one of the most effective forms of exercise is high intensity interval training (HIIT). HIIT workouts involve a period of intense exercise followed by a period of rest, alternating back and forth several times. For example one basic HIIT workout is sprinting for 30 seconds and walking for 60 seconds and repeating this several times (usually for about 10 to 15 minutes total).

You can include pretty much any cardiovascular activity as a high intensity interval training, as pretty much every type of exercise that has been studied as HIIT has been shown to increase metabolism for 24 hours after. It also increase your natural production of HGH by up to 450 percent, and HGH helps you burn more calories and maintain a youthful metabolism.

The more of them your use the better, and spices also help you flavor food without having to add extra fat or calories. They are an integral part of many diets but you should use them even when you aren't dieting. Black pepper has a substance called piperine that helps you burn more calories, cayenne has a compound called dihydrocapsiate which increases fat metabolism, and many other spices have weight loss benefits. Read more about the weight loss benefits of spices here.

Picking the right foods is just as important as everything else we have mentioned, and there are several foods that are known to increase the body's natural fat burning abilities. Grapefruit is one food that you can definitely benefit from as it lowers insulin levels in the body and is rich in fiber while being low in calories. Pretty much every type of fish is also great for your metabolism, as one study found that a tribe in Africa that consumed the most fish had the lowest levels of leptin, and it was suggested that their fish heavy diet caused their body to become more sensitive to leptin.

As previously mentioned, leptin is one of the most important hormones for appetite regulation and fat metabolism, and high levels of the hormone are not good. So try to each as much fish as you can on a regular basis, and of course a lower leptin level is not the only health benefit of fish, they are loaded with omega-3 fatty acids as well as several essential vitamins and minerals. You don't have to eat fish every day though, pretty much every type of protein has a metabolism boosting effect, and you should try to eat as much protein as you can with every meal to ensure that you get this effect.