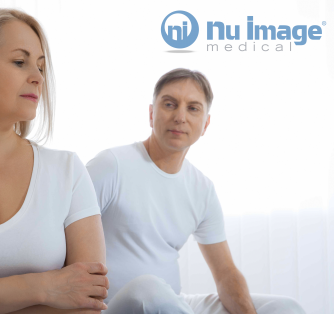 Experiencing challenges in your sex life is never a good thing, as failing to develop and sustain physical intimacy in your relationship can interfere with the emotional connection you are able to maintain with your partner or spouse. Relationships have ups and downs, both of which can impact your desire and interest in sex, but physical health concerns can also get in the way of a fulfilling and pleasurable sex life. As seen in research studies, it is common for any man to eventually have an encounter with importance, whether is a temporary condition brought on by momentary factors or a more long-term struggle impacted by chronic conditions.

The Research Tells All

Men are notorious for avoiding a doctor’s office, and though there is a common professional opinion that the numbers are grossly underestimated, research shows that between 20-30 million men are affected by erectile dysfunction within the United States. Around the world, that number leaps up to about 150 million men. Erection difficulty isn’t usually a stranger to most men with an active sex life, but when a man lacks the ability to get and sustain an erection that can provide sexual satisfaction for both partners at least 40% of the time, it’s more than just a case of the first night jitters or a long day at work. Early theories among the medical profession were that psychological problems were the root cause of men suffering from ED, but as more studies have investigated these sexual challenges, the problem is much more complex. For starters, age has been seen as a significant influential factor in the condition.

The current research on the subject shows that 40% of all men over the age of 40 struggle with erectile dysfunction. In about 90% of all cases of persistent ED, the individuals are over the age of 50. One study conducted with more than 31,000 healthcare professionals between the ages of 53-90 was particularly revealing. Factors such as physical activity, smoking, alcohol use, and were included in the assessment, and the results showed that ability and performance levels declined as an individual aged. About a third of the respondents over the age of 50 reported a severe degree of dysfunction in their sex life and erection abilities.  About 2% of the respondents had their first experience with ED before they turned 40, and 4% of the men reported their first experiences as occurring between the ages of 40-49.  Healthy lifestyles and the absence of chronic disease significantly reduced the risk for developing ED, with exercise being a key impacting factor. Excessive TV habits, smoking, and being overweight were associated with some of the most risk-increasing factors for experiencing sexual dysfunction.

Though this study only looked at some of the most prevalent impacting factors for risk, there are several more than you should be aware of. As the statistics show the age for developing the first symptoms starts around middle-age, it is interesting to note the correlation between the onset of conditions and the change in lifestyles and health conditions that also tend to become more prevalent or habitual around the same time period. Since age has already been covered, let’s move on to discuss the others.

Facing the later years of life shouldn’t be plagued with sexual difficulties. ED can wreak havoc on your mind, your relationships, and your quality of life. Treatment is available, so there is no need to suffer. Talk to your doctor and discuss your options for dealing with erectile dysfunction.