All Gain, No Pain: Why Every Athlete Should Be Taking TB-500 Peptide 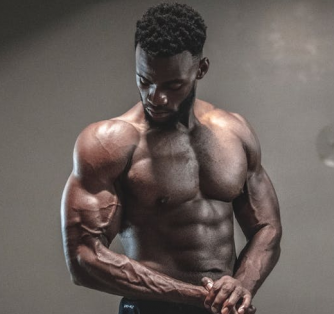 Many of us get injured in one way or another during our day-to-day lives, but some people choose to push their bodies all the way to edge.

Bodybuilders and athletes are often on the verge of bringing their training to a complete standstill with excruciating training regimes.

But, what if there was a way to help the body recover faster, a lot faster? TB-500 has quickly become one of the most hyped substances among bodybuilders and athletes for this very reason.

Let’s take a closer look at this holy grail of peptides.

TB-500 is the synthetic version of an organic protein known as Thymosin Beta-4. Its highest concentrations in the body are found where tissue damage has occurred, where it supports the production of new muscle and blood cells.

TB-500, like its organic counterpart, basically regulates the process through which actin builds cells in the body. Actin is a protein that plays a huge role in the formation of muscle cells and it works in conjunction with myosin.

TB-500 is predominantly used in the equestrian industry where vets administer it routinely to prevent injury, but, over the last 30 years, it has become increasingly popular amongst strength and power athletes such as body-builders and football players.

Before we delve further, know that TB-500 is banned in almost all competitive sports and events. And while it might be readily available, TB-500 is sold for research purposes, not for human consumption.

The primary reason why athletes use peptides such as TB-500 seems to be because of how they improve growth hormone production. They, therefore, make it easier to achieve bigger muscle mass. TB-500 can also enhance strength and possibly boost testosterone production.

Not only this, but TB-500 and other peptides can help boost your recovery and improve your endurance by assisting in making oxygen readily available to muscle cells. They can also further aid fat burning, making them a popular choice among body-builders.

Let’s take a closer look at some of its benefits:

Once reconstituted, TB-500 has to be taken via injection using a sterile insulin-type syringe, which can be bought from pharmacies, drugstores or online.

It can be taken intravenously, intramuscularly or subcutaneously. All three will deliver TB-500 to the bloodstream.

The recommended loading phase of TB-500 should last for 4-6 weeks in order to allow your system to become accustomed to the drug.

Once your body is accustomed to the drug you can reduce the dosage down to the maintenance dose. This is usually around half of the amount of your loading dose, and only once per week.

So, if you took 8mg twice a week during the loading phase, your maintenance dose would be 4mg a week.

Aim to be on the maintenance phase of TB-500 when your training is at its most intense, as this is when it will be most effective.

The above describes the most commonly used dosage, but there is no strict standard dosing protocol for TB-500. All the information available is based on observations of what has worked on mammals undergoing athletic training.

As a result, it is recommended that the dosage of TB-500 and the length of treatment should be based on the individual’s specific needs.

There are limited studies on the human use of TB-500, and some of these studies have actually had contradictory results. This makes it difficult to offer anything in the way of a list of common side effects associated with regular use.

The most commonly reported side-effects by bodybuilders using TB-500 are lethargy and potential headaches. Some users mention a head rush immediately after injecting, but this should last no longer than a minute.

Early studies showed that TB-500 might intensify the growth of cancer cells. Whilst others indicated that it might actually prevent the development of cancer.

A possible explanation for this is that physicians initially noted that cancer patients have higher Thymosin levels than healthy individuals. But later research showed that Thymosin Beta-4 actually increases the production of white blood cells, which fight ailments in the body, including cancer.

This would explain why higher concentrations of Thymosin Beta-4 would be found in areas of the body containing cancer cells due to its role in improving the body’s immune response.

If you are looking for a way to enhance your physique, boost your recovery rate and train harder, then TB-500 might just be the next supplement for you.

If you have any further questions on TB-500 including how to buy, don’t hesitate to contact us here.