How to Ensure Your Sermorelin Therapy is Safe 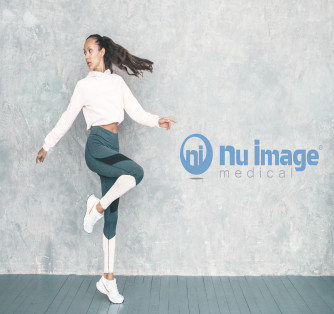 Whenever considering a treatment plan, a foremost consideration should be any negative side effects it will have on your body or health. While many medications and treatments are able to address your most serious health concerns, certain individuals may have reactions or intolerance with medications, leading to a program that is ineffective and dangerous if pursued. When it comes to the use of Sermorelin, whether for use in bodybuilding/fitness efforts or to counter the impact of age on the body, there are many who still have doubts about its effectiveness and the potential for adverse side effects. Let’s take a closer look at the peptide therapy and what side effects, if any, could be possible.

For those looking to address a deficiency in their body’s HGH levels, Sermorelin acetate is a highly effective therapy option. The body naturally produces HGH (or the human growth hormone) in the pituitary gland, but as an individual reaches the age of 30, the gland doesn’t produce as much of the hormone. The decline continues as the individual ages, leading to a 14% reduction each decade. As the HGH levels decrease, individuals start to experience bodily changes that are often simply chalked up to old age. There is a loss of muscle mass with an easier development of fat mass. The metabolism slows downs and energy levels decrease. The bones and muscles heal more slowly and are potentially at risk for greater injuries because of a loss in density. The skin changes texture and color, as well as several other changes.

Research has linked the loss of HGH to these negative aspects of aging, and by restoring the production of the hormone, these conditions can be slowed or have normal body function restored. With Sermorelin, the therapy works directly on the pituitary gland to increase the production of HGH. Rather than injecting the compound directly, the function is to encourage the body to naturally restore optimum functions in the pituitary gland. Because it will increase the body’s level of the hormone, Sermorelin is often highly desirable for use in anti-aging treatments. It is considered one of the safest ways to address the aging changes because the body can be encouraged to perform or alter its functions naturally. Other options often include synthesized compounds or medication injections that can come with harmful side effects.

The Comparison With Other Treatments

If there were to be a competition for the best anti-aging treatment plan, HGH therapy may have been the leading alternative to Sermorelin. With HGH plans, individuals are given direct injections of the hormone in order to raise the body’s levels. The formula either uses a synthetic or bioidentical hormone, but there have been some side effects reported. The cases relate to either the type of hormone used, the dosing for the individual, the health of the recipient, and other factors. For the most part, adverse side effects have been associated with extremely high dosage levels and the quality of the hormone used. However, recent changes to federal regulations are making it harder for people to find a treatment plan for aging that relies on HGH.

On the other hand, Sermorelin therapy has had minimal side effects reported, and with good reason. The peptide is an amino acid chain that can easily be absorbed into the body, used up, and naturally discarded. It also is an amino acid that naturally encourages the pituitary gland to respond with increased production of the human growth hormone. The body knows how to self-regulate in this area, keeping the levels safe and consistent. This natural pathway for production and absorption makes it a safer choice for countering an HGH deficiency in the body, but it also lacks the side effects that can come from an HGH therapy. As with any medication, dosing and quality of the peptide are crucial to reducing the potential for an adverse effect. For some, ordering a sermorelin oral tablet seems an easier and most cost-efficient way to treat anti-aging concerns or assist with fitness plans. However, medical experts who work with the product and have studied the research agree that the safest and most effective administration is through subcutaneous injections.

A healthcare provider determines how much sermorelin is injected, though dosing often occurs twice a day. The first injection is administered in the morning about one hour prior to eating, and the second shot is given just before bedtime. As for the side effects that may come with usage, they are minimal. The user could experience some mild pain or redness around the injection site, but this common with any injectable therapy. An individual’s health and immune response could also create a mild reaction, such as nausea, dizziness, flushing, headache, or drowsiness. For the most part, very few incidents have been reported concerning the negative side effects of the therapy plan.

The Benefits of the Treatment

Through the medically supervised use of Sermorelin, and individuals may see many of the benefits that had once been limited to an HGH therapy program. The most common benefits that both users report and that are supported by research are the improvements to energy levels, sleeping patterns, development of lean muscle mass, kidney and heart functions, more elastic but tighter skin, and improved libido. The benefits also extend improvements in eyesight, faster wound or damaged muscle and tissue healing, faster exercise recovery, and increased bone density.  All these benefits add up to an improved quality of life for those on a Sermorelin therapy program.

Since these are remarkable benefits and similar to what occurs with an HGH therapy plan, there are some users who believe that increasing the dose will dramatically increase the potential for success. When this approach has been used on an HGH plan, the results were actually counterproductive. In some cases, resistance developed and further bodily decline occurred. With Sermorelin, the body does need a regulated dose, but the fact that the pituitary gland is what regulated the production, there is little concern with overdosing and abuse of the peptide. The work of the pituitary gland is also more consistent even after the treatment is over, increasing the longevity of results. With other therapy plans, results usually start to fade as the body is weaned off the medication or hormone.

The Need for a Physician

For Sermorelin to be taken with limited risk, it is important that you only work with a trusted physician and pharmacy. You will need a blood test prior to the treatment to determine what an acceptable dosing schedule will be, and the prescription will carefully control what is entering your body. It is when individuals go rogue and try to determine what is best for their own health that problems and side effects become more evident. The government also controls prescriptions for quality hormones, so seeking something from another country or through an unlicensed website can lead to serious health risks. The dedicated team at Nu Image makes it easy to determine if you are a candidate for Sermorelin therapy, and they are with you each step of the way. Sermorelin doesn’t provide an instant or overnight fix to your condition. You will potentially be on the program for several months, carefully being monitored and having your dosage adjusted as needed. No matter how badly you want results, the doctors at Nu Image will make sure that your health and safety is the first priority.