How to Determine Sermorelin Use for Bodybuilding 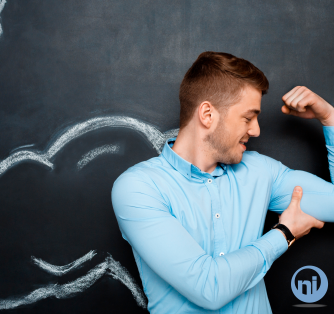 Since the beginning of time, achieving extraordinary strength has always created intrigue and praise. Though current culture looks to bodybuilders, WWE wrestlers, and weightlifting competition, ancient cultures relied on hoisting iron wheels, pulling practically immovable carts, and lifting large animals to demonstrate strength. Ancient headlines in Greece praised Milo of Croton for his impressive feats of strength, and though some of his exceptional abilities sound more like folklore, the man won 10 Olympic wrestling titles over the course of several decades. While his training regimen had some unusual features (it was reported he ate 20 pounds of meat and drank 18 pints of wine each day), it is not unusual to think that you could have similar bodybuilding and fitness success in today’s athletic environment.

Though you may think that your key to bodybuilding success relies on hiring the right personal trainer or joining the right gym, the help you need is a lot more personal. The body needs certain stimulation and nutritional support to develop strong muscles, but sometimes the results that you desire need more than what your body can achieve on its own. Those who have been around the bodybuilding scene for a while have probably already heard of sermorelin acetate, but if you are just getting started, its term that you should become familiar with. Sermorelin acetate is a peptide compound that helps the body produce more human growth hormone. The pituitary gland is responsible for the production of HGH, but key production years are from birth through early adulthood. The hormone is vital to the development of strong bones, muscle, and connective tissues, as well as regulating metabolism, improving energy levels, and creating a more youthful appearance. In order to elevate the body’s levels of HGH, Semorelin is a peptide that communicates with the pituitary gland to stimulate more production of the hormone. Because of the natural effect it has on the body, Sermorelin is better for cultivating the results you want but without a lot of harmful side effects.

For those that are wanting to improve their muscle mass and physique, there are a lot of options on the market. Some are better than others, and though the choice is personal, there are some pretty clear indications for the safest and healthiest choice. When looking at Sermorelin, it is often compared to taking the growth hormone directly or using steroids. Let’s start with steroids. Though a popular option among many athletes and bodybuilders for improving the development of muscles and enhancing performance, this option often carries a lot of negative health consequences and potential legal action. Steroid use has also been banned in athletic competitions and events. Steroids can be taken through intramuscular injection or orally, and the substance can stay in the body anywhere from four weeks up to six or eight months when injected. There are benefits with increased size and strength of skeletal muscle cells, but the long term effects of use and abuse are linked to increased risk of cardiovascular conditions, septic shock, sexual dysfunction, premature hair loss, and liver and kidney malfunctions.  As for taking HGH injections for bodybuilding efforts, changes in federal regulations with compounds will make it a lot harder for this to be a legal option.

Sermorelin isn’t a steroid, and it isn’t a growth hormone. It is a peptide that is a growth hormone secretagogue. This means that the compound is synthetic and works to stimulate the pituitary gland to produce more HGH. When injected directly, HGH was often associated with some negative side effects, particularly in those who attempted to construct their own dose and schedule. When it is used for fitness purposes, the Sermorelin bodybuilding dosage is created according to body size and desired results, but in consultation with the prescribing physician. While the body does regulate its own production of HGH, it is still important to have a medical doctor determine how much you will need. You can either have too much or too little administered, and by having your hormone levels evaluated before you start the plan, you will know what the correct amount of the hormone will be. Though you may find reports online that say the average sermorelin dose ranges from 100 mcg to 500 mcg for each daily injection, there isn’t one specific dose that will have the same effect among users. It is also important to know that the most effective dosing comes through an injection. Capsules or pills aren’t going to provide high-quality products, and you increase the risk of a negative side effect from the unknown elements of the drug.

Since Sermorelin doesn’t give your body an injection of HGH or a steroid, it will take longer for you to see the results you want when it comes to bodybuilder efforts. The body needs to adjust to the increase in hormone production, so a dosing cycle could last anywhere from three to six months. Your dosing will be administered according to how long the treatment cycle is planned. There are some benefits that you will see before others, such as improved sleep or increased libido. However, it will be several weeks before you notice the difference in your fat loss and the replacement of lean muscle mass. While you are in your cycle, your doctor will monitor your health or simply have you monitor your body for negative or uncomfortable side effects. Pain, redness, and some swelling are often reported at the injection site, and these occurrences are somewhat typical for hormone-based therapies.

Bodybuilding is a tough commitment, and it takes a lot of discipline with diet and exercise. Sermorelin helps with weight loss, but again, the results aren’t immediate and as effective as a program like the HCG diet. For Sermorelin to be effective with dropping excess weight for the purpose of growing lean muscle, it must be combined with a healthy diet. There are several methods for losing weight, but if you are planning to step up your exercise routine and weight lifting efforts, then you need a supportive intake with the right nutrition. The wrong foods can work against your bodybuilding efforts and reduce the effectiveness of Sermorelin with cutting out fat. When you are working to bulk up, your diet should be high in proteins and nutrient-dense. The goal is to lose fat while cultivating muscle. Focus on whole grains, fruits, starchy vegetables, low-fat dairy, vegetables, and seeds or nuts.

Chances are that the cost of a safe, effective fitness program isn’t your primary concern when evaluating your options for bodybuilding success. It will cost to get your hormones tested and a physical assessment done, but Sermorelin is a much more affordable plan than an HGH therapy program or trying to purchase illegal steroids. On top of these differences, the reduced risk of negative side effects limits how much extra you will need to spend on healing or restorative measures from an adverse reaction to Sermorelin.

For bodybuilders or those looking to enhance their results in the gym, Sermorelin is a safe hormone therapy that provides many benefits. It can help burn through fat and leave lean muscle behind, cultivating a look that is slim and trim.