Your Ultimate Guide to CJC-1295 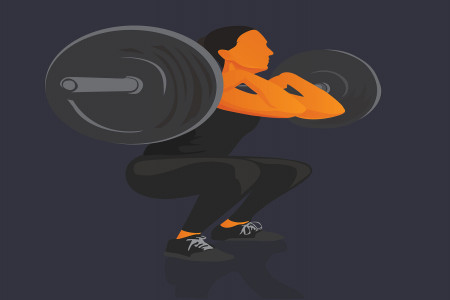 114 million Americans take some sort of health, weight loss, or strength supplement. There are supplements to help lose weight, to gain lean muscle mass, to suppress appetite, and more.

CJC-1295 is one such supplement that can help with both weight loss and muscle building. However, you might not have heard of this supplement or know any of the details about its effects, side effects, dosage, and more.

We've made this guide to go over everything you need to know about CJC-1295 before you begin using it to supplement your weight loss and muscle building goals.

CJC-1295 is a synthetic peptide. Peptides are short links or chains of amino acids, similar to proteins.

The main effect of this peptide is to increase the amount of growth hormone in your body. These increased levels of growth hormone make it easier for you to build muscle mass faster, lose weight, decrease overall body fat, and boost your energy levels.

How Does It Work?

So how does CJC-1295 lead to all of these benefits? The key is the link to growth hormone, which we've mentioned a few times already.

Human growth hormone is the hormone in our body that allows us to build lean muscle mass, raise our energy level, and lose weight easily. That's why you hear about athletes supplementing their training with growth hormone (GH) since it can help them build muscle and improve their athletic ability quite easily.

But instead of supplementing with GH itself, using CJC-1295 is a way to boost your GH levels in your blood. CJC-1295 stimulates your cells to produce and release more growth hormone than you would naturally, which leads to the benefits we mentioned earlier.

Not only that, but CJC-1295 also extends the half-life of GH in your blood plasma. What does this mean? It means that not only will CJC-1295 increase the amount of GH in your system, but it will also make that GH stay in your blood for longer, which means you'll reap the benefits of the increased level for a longer period.

Insulin-like growth factor 1 (IGF-1) levels are also increased when supplementing with CJC-1295. This can lead to increased muscle growth, especially when coupled with the increase in GH.

It's also thought to extend the half-life of IGF-1 too, yielding the same effect it has on GH.

CJC-1295 is an injectable peptide. It's injected subcutaneously, which means it's injected in between the skin and the muscle. A common area for a sub-Q injection is the area around your stomach. You'll usually inject CJC-1295 once per week for the best results.

The typical dose of CJC-1295 is 2 mg. It's mixed with some sort of liquid to administer it via injection with an insulin needle. For specific instructions on how to properly and safely perform a sub-Q injection, read this article from our website.

CJC-1295 is a popular choice for supplementation because of the minimal side effects. However, there are some that you should be aware of before you start using CJC-1295.

There are some mild side effects that will be the result of semi-regular injections. Injections can cause slight irritation at the injection site including redness and itching.

You should also be careful to switch the exact site of the injection to avoid scar-tissue buildup.

Some of the most common side effects of CJC-1295 include:

These side effects are usually mild and subside after a while. However, if they severely affect your life, worsen over time, or never relent, you should consider stopping CJC-1295 supplementation.

There are also some rare and serious side effects you need to be aware of.

Acromegaly is induced by the increase in growth hormone. It creates an abnormal and steady release of GH that can result in thickened skin, deepened voice, slurred talking/speech patterns, and swelling of the tissue around the internal organs.

This disorder can lead to serious and irreversible consequences like vision loss, high blood pressure, cardiovascular problems, colon polyps, and more. If you notice any of the symptoms of acromegaly, stop using CJC-1295 immediately and speak to a doctor.

The increase in GH can lead to achy joints. While this by itself isn't a large issue, it can cause permanent joint damage, pain, and even nerve damage in the long run. If you feel your joints aching, you should halt your use of this supplement and speak to a doctor.

CJC-1295 is a well-researched supplement that can help you build muscle, boost your energy levels, and lose body fat by influencing the amount of growth hormone available in your plasma. If you want more information about growth hormone, check out our blog.

You can also contact us with any further questions you have about CJC-1295.