What Sermorelin Results Can You Expect? 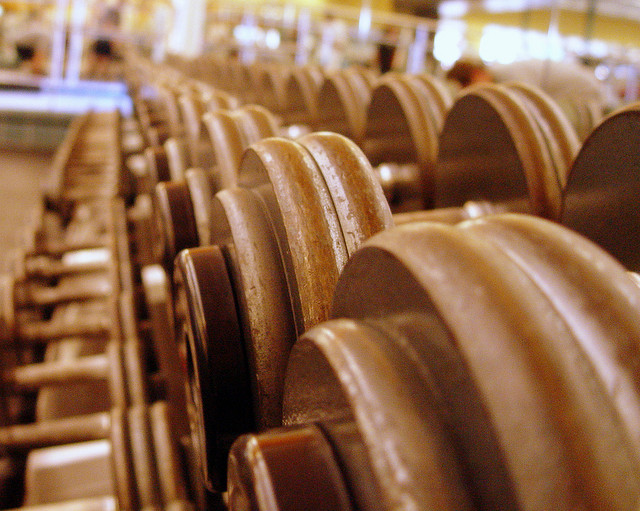 Starting at around the age of 30, human growth hormone production starts declining for both men and women at about 10% per decade. Sermorelin therapy intends to replace this lost HGH with the use of a compound called Sermorelin acetate. Sermorelin is not HGH, it is an amino acid (growth hormone releasing peptide) that stimulates the body to produces more HGH, and it is now widely used as an anti-aging treatment. The release of HGH results in the liver releasing IGF-1 along with a wide range of other effects on the body that will be explained in this article. Sermorelin therapy is a gradual anti-aging therapy that can take a few months before the effects start to be noticed, although many patients experience positive health effects within just days or weeks of starting the program. If you have even a small HGH deficiency, you will very likely start noticing positive health effects very soon after starting the treatment.

Many Health Benefits of Sermorelin Therapy

There are many benefits to restoring your normal HGH production levels. The decline in human growth hormone levels is associated with several aging symptoms such as a lower energy level, lower libido, decreased muscle mass, increased body fat, a slower metabolism, skin aging signs, and more. These symptoms can be treated with Sermorelin therapy, and some of the health benefits are seen more quickly than others. For instance, it may take a while before skin wrinkling and tone improves, but energy levels and libido can often improve much sooner than this. It also can take several weeks before patients start to see weight loss or improved muscle mass, but the effect does occur for a large number of patients. The changes in body composition can be substantial even if you don't exercise, but if you do exercise you will get the most out of the treatment and may see very fast results.

One of the most beneficial Sermorelin results is that it can greatly improve your exercise performance and help you recover more quickly and put on muscle faster than before. As you age, your exercise recovery starts to diminish, and you may not be able to perform as much exercise as you were able to when you were younger. Sermorelin can restore your HGH levels so that exercise is easier and you have more energy to get through more strenuous workouts. It can take longer for the treatment to improve exercise performance, but the effect does occur, and it can usually be seen within three to six months after starting the treatment. You will also notice that your body fat will start to decrease even without working out at all.

Your body composition gets more and more difficult to change as you start to age. This occurs partially as the result of a lower HGH production, as well as the long term effects of carrying excess fat, which can change your body's chemistry and metabolism and make it more difficult to lose weight. Sermorelin can help you lose weight by improving fat metabolism. When your body produces HGH, it starts burning adipose tissue for energy, and the treatment can improve a slow metabolism. Several studies have found a correlation between increased HGH production and the burning of visceral fat and abnormal fat, and patients who are exercising while taking Sermorelin see a much faster gain in muscle mass than they would without the therapy. The changes in body composition occur more gradually without exercise, and with regular exercise, they can be dramatic and occur within a matter of weeks.

It can improve your heart health and bone mineral density

There are some studies that suggest that a human growth hormone deficiency is associated with a higher risk of heart disorders, and Sermorelin may help protect against heart diseases and cardiovascular problems by restoring normal HGH levels. For example, supplementation with HGH has proven to be effective at improving symptoms for patients who are suffering from congestive heart failure. Many patients who develop heart disease and other heart disorders also suffer from a decline in HGH production which can be corrected with Sermorelin therapy. Another major health benefit of the treatment is that bone density can increase back to youthful levels, and this is very important for preventing debilitating injuries as a person ages along with bone and joint disorders.

Sermorelin can improve your mood and libido

A decline in HGH is often associated with mood disorders and a low libido because lower hormone levels can be associated with decreased energy levels. Restoring normal human growth hormone levels can provide a boost in energy and improve mood, and this can be helpful for treating mood disorders like anxiety and depression. Also, a decreased libido is often associated with a human growth hormone decline, and is also associated with a decline in testosterone and estrogen production, but restoring normal HGH levels has been shown to improve libido for both men and women. Patients also often experience an overall general feeling of well-being as the result of the treatment, even for patients who do not have any mood disorders or a low libido. The effects with improved libido and a higher energy level will vary from one patient to another, and these effects sometimes take several months before they are seen.

You may see some of the quicker results mentioned above within a few weeks of time, but to see real results with the therapy you need to continue it for at least three to six months or longer. There is no reason why you can't try Sermorelin for up to twelve months or even longer because it is a safe treatment and there is no indication that there are any long term health effects from it. To see some of the results like improved skin quality, a more youthful body composition, higher bone density, improved sleep quality and more, you may need to use the therapy for a long period of time, but after you have used it for several months in a row, the higher level of HGH production often maintains itself and you may be able to stop the therapy for a period of time.

First, before you start the treatment, your hormone levels should be measured by a licensed medical provider. In general, you should avoid any hormone therapy program that is not administered by licensed medical doctors because of the potential of serious medical mistakes. The treatment should never be self-administered because the dosage needs to be carefully selected, and there are important considerations for some patients who may not be able to safely try the treatment. The appropriate dosage for Sermorelin can only be known once your hormone deficiency level is known. Any treatment programs that neglect this important step should be avoided, as it is crucial to perform this test at the start of treatment. Also, you need to be able to consult with a medical provider to ask questions about the treatment, and your medical history needs to be reviewed prior to starting it as well. If you have any questions about the effects of Sermorelin therapy and how the treatment can benefit you and protect your body from aging, contact a medical provider at Nu Image Medical today.