What is Growth Hormone Deficiency? A Guide to Diagnosis and Treatment 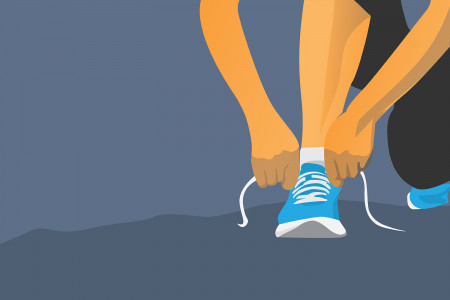 Do you think you're suffering from a deficiency in human growth hormone? If you're experiencing symptoms like hair loss, muscle loss, or weight gain, this condition could be the culprit.

What do you do about growth hormone deficiency? How is it diagnosed?  How do you treat it?

Read on to get answers to these questions and more.

What is Growth Hormone?

Human growth hormone is a hormone that is produced by the pituitary gland, an endocrine gland located at the base of the brain. It is also known as HGH.

As the name suggests, HGH is responsible for growth in both children and adolescents. It plays a number of other important roles in the body, though, including the following:

Adequate levels of HGH have been linked to higher energy levels and a better sense of well-being. People who have sufficient amounts of HGH are also less likely to suffer from depression and anxiety than those who do not.

Some children are born with a deficiency in human growth hormone.

This deficiency is usually caused by a genetic abnormality, such as a condition like Pader-Willi syndrome or Turner syndrome. Abnormal fetal pituitary gland development can also lead to congenital HGH deficiency.

In other cases, though, a deficiency develops in adulthood.

In some cases, there is also no obvious cause of HGH deficiency. In these cases, the condition is known as idiopathic growth hormone deficiency.

Symptoms of a Deficiency

If someone is born with a deficiency in growth hormone, it's typically diagnosed shortly after birth. In adulthood, though, it can be harder to determine whether or not someone is suffering from an HGH deficiency.

Some of the most well-known symptoms associated with this condition include:

Many people who experience these symptoms write them off as just regular signs of aging. In reality, though, they could be indicators of something much more serious.

If you're experiencing any of these issues, it's important to visit your doctor to have your growth hormone levels tested.

There are a few different tests doctors can use to diagnose a deficiency:

One of the most frequently used tests to diagnose HGH deficiency is known as an insulin tolerance test.

This test involves giving a patient an injection of insulin. This, in turn, lowers blood sugar levels. In normal, healthy individuals, a reduction in growth hormone would lead to the release of growth hormone.

If the body does not produce growth hormone under these conditions, this is a sign that something is wrong.

An insulin tolerance test is a popular option, but it's also not the only test that can be used to diagnose HGH deficiency.

Some other popular tests include:

Your doctor may also perform a GHRH-arginine test. This test measures the levels of HGH released by the pituitary gland. Some find that it's even more accurate than the insulin tolerance test.

If your HGH deficiency is caused by a pituitary tumor or other damage, your doctor will be able to spot it on an x-ray or MRI.

Your doctor may also perform x-rays or other scans to measure bone density and check for bone abnormalities that may have been caused by a deficiency in HGH.

How to Treat a Growth Hormone Deficiency

The most effective treatment for a deficiency in human growth hormone is HGH replacement therapy.

If you're nervous about the idea of giving yourself regular growth hormone injections, it's important to note that HGH replacement therapy is quite safe.

Side effects are rare and mild and include things like swelling at the injection site or mild muscles aches and pains.

Do you think your symptoms are caused by growth hormone deficiency?

Now that you know more about this condition, it's time to take control of your health and start improving your growth hormone levels.

There are lots of different treatments you can utilize to increase your growth hormone levels, but hormone replacement therapy is one of the most effective.

If you think growth hormone replacement therapy could help you feel like your old self, contact us today to enroll in a program or learn more about our  treatments.