What Do Dermatologists Have to Say About Peptides for Skin? 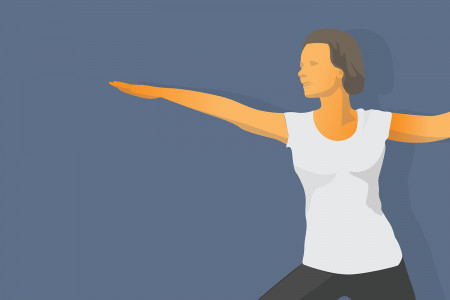 It should come as no surprise that up to 75% of women say they use skin care products to help them look younger.

That fact is the main driver behind the $130 billion skincare industry. But with 100's of anti-aging ingredients on the market, how do you know which are worth it?

Peptides for skin are one ingredient that boasts anti-aging properties and dermatologist recommendation. Keep reading to learn how they work, what they're used for, and where to find them.

Amino acids are organic compounds that your body needs to function.

Over 20 amino acids are essential to your growth and functioning. They're made up carbon, nitrogen, hydrogen, and oxygen and, among their many roles, they help form proteins.

Amino acids send important signals to other cells and transport nutrients from 1 part of the body to another. Importantly for skin care, amino acids also give proteins their structure.

When amino acids link together and form a chain, they're called peptides. The chains of amino acids that form peptides can be short or long chains. And it's these chains that act as the building blocks of protein.

Almost all of your body is proteins. They form your tissue, your organs, and of course, your skin. Which means that your skin naturally produces and contains peptides.

This is how peptides are important to the structural integrity of your skin.

Peptides created in the lab mimic the natural peptides our body produces. They're beneficial for treating common skin-care concerns, especially those having to do with the visible signs of aging.

Types of Peptides in Skin Care

There are 4 main types of peptides used in skincare products. We'll explain each in more detail below.

Acetyl Hexapeptide is a 6-peptide unit that acts as a neurotransmitter. They're able to affect the nerves in the skin as well as cell communication to reduce wrinkles and plump sagging skin.

Peptides combined with copper molecules are copper peptides. Thanks to the addition of copper, these peptides are able to penetrate the deepest layer of the skin. They're used primarily for stimulating collagen production as well as helping the skin heal.

Pentapeptides assist your body in the production of collagen as well as hyaluronic acid.

With 6, 7, or more peptides combines into a chain, these may be referred to by their specific brand name, or as hexapeptides, heptapeptides, octapeptides, etc. One of those common oligopeptides is Palmitoyl oligopeptide.

These peptides also aim to stimulate the production of hyaluronic acid and collagen in the skin.

Benefits of Peptides for Skin

Peptides are an anti-aging skin care ingredient. Different peptides work in different ways to reduce or prevent the visible signs of aging.

Although peptides don't work overnight to reverse sagging skin, wrinkles, fine lines, and other signs of aging, over time their use can bring improvements. Below, we've detailed what skin concerns peptides target.

We've already covered how proteins are important because they make up your tissue and organs. Well, 1 of the most important proteins in terms of fighting the signs of aging is collagen.

Collagen is the foundation of your skin. This protein gives your skin its structure and support.

Making up 75% of your skin's dry weight, collagen determines skin thickness, firmness, and smoothness. It provides volume and it's the reason your skin looks "youthful" when your young and producing it in abundance.

But as you get older, your body produces less and less collagen.

When your natural collagen production slows down, the tautness and smoothness of youthful skin begins to develop lines and becomes thinner.

The collagen that remains breaks down faster as well. All this leads to wrinkles, fine lines, sagging, and crepey skin.

So what do peptides for skin and collagen have to do with each other?

Collagen - or the lack thereof - is a key component in the visible signs of aging. Collagen is a protein. And peptides affect proteins.

Peptides in skin care products replace the collagen that's lost as a natural consequence of aging. When collagen breaks down, it forms peptides. These peptides act as cell-communicating agents that tell your body it's damaged and that it needs to produce more collagen to replace what was lost.

By incorporating peptides into your skincare routine, you're essentially tricking your skin. Putting peptides on the skin sends a signal to your body to produce more collagen. Thus, you can affect your body's ability to produce collagen in larger quantities than it normally would at a certain age.

Copper peptides are so small that they can penetrate beyond the protective barriers of the skin. That means they're able to get into the deepest layers of the skin to promote healing from the inside-out.

That's especially true when it comes to copper peptides. Copper is an effective treatment for healing chronic wounds. And when it's able to get deep into the skin, it has a better chance of working.

But copper peptides can also stimulate collagen production and remove damaged collagen from the body. They're also antioxidants that protect the skin from free radical damage.

This type of damage is a result of environmental and lifestyle factors including everything from pollution to smoking.

Neuropeptides can mimic the effects of Botox for a smoother, tauter, more youthful complexion. They do this by blocking the communication between your nerves and your facial muscles. The best-known peptide for this type of effect is Argireline.

Where to Find Peptides in Skin Care

Peptides are a big thing in skincare. Because they're so effective, they tend to be expensive. But not all skincare products that contain peptides are unaffordable.

Alternatively, peptides can also be taken in supplement form.

For more details on where you can find collagen peptides, keep reading. We've also included some information on finding the best product your money can buy.

Most commonly, peptides can be found in creams and serums. The skincare products using peptides are typically marketed as anti-aging treatments.

Many age-defying creams and serums are formulated with short-chain amino acids and peptides. They can be found under various names including those listed above.

Creams and serums are easily absorbed by the skin and with continued use, they can help reduce fine lines and wrinkles and restore skin elasticity and hydration.

These products also contain other skin beneficial ingredients that can boost the effectiveness of peptides or compliment their use.

Peptides can be taken in the form of powdered supplements. These supplements are dissolved in water. With this method, you can get peptides directly into your body in the form of smoothies, soups, juices, and oatmeal.

Peptide supplements are labeled as hydrolyzed collagen. This form of broken down collagen is essentially made up of smaller amino acids. Because they're small, they can be absorbed by the digestive system and distributed throughout the body.

Supplements can be used in conjunction with creams and serums.

By using both, you're applying the benefits of peptides from both inside-out and outside-in (because supplements can stimulate collagen production from the inside as well as it does from the outside).

Other Things to Note

Getting the most out of your peptide cream or serum means buying the right product. Keep these items in mind when looking for your anti-aging skin care product formulated with peptides.

Peptides must be stabilized in order to work. Because they're essentially broken-down proteins, they'll continue to break down if they're not properly stabilized in their formula. And if a peptide breaks down past a certain point, it's no longer effective as a skin care ingredient.

Are You Taking Care of Your Aging Body?

Peptides are made up of chains of amino acids.

When collagen breaks down and its production slows, peptides for skin can be used to replace that lost collagen. They encourage your body to produce more collagen, making your skin smoother, firmer, and more youthful.

But taking care of an aging body is more than just skin care. For more tip and advice on your health, check out our blog.