What Are Peptides and Why Are They Popular Amongst Athletes? 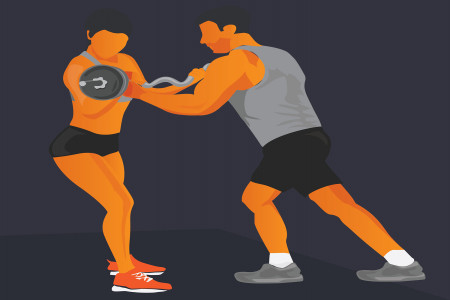 When you think about performance enhancing drugs, you probably think of illegal steroids. But anabolics aren't the only PED's that enhance athletic ability or physique.

You might be interested in compounds that can aid in your own athletic performance, but you've avoided researching the topic because it seems like a legal and health gray area.

However, peptides are an overall safer and effective substance that could help with your athletic or physique goals. Especially if you're treating under the guidance and care of knowledgeable pros.

Keep reading to find out about peptides, what they are, and how they can help your athletic performance.

Peptides are used for various benefits, like burning fat, building muscle, adding to your endurance, and for anti-aging properties. They can tighten skin, improve immune function, and even help with appetite and sleep.

But what exactly are they? A peptide is a building block of protein inside the human body. They're composed of two or more amino acids when a carboxyl group of one amino acid is combined with the amino group of another, which happens after the water molecule is eliminated.

A polypeptide is a long, un-branched chain of amino acids that has been joined by peptide bonds, but it's not complex enough to be referred to as a protein.

Since peptides are made from amino acids, you'll need to be ingesting enough of the right amino acids so your body can produce its own peptides. This keeps body systems, like your muscles, in top condition for performance. But, sometimes we don't produce enough of our own peptides, like growth hormone, due to diet, stress, lack of sleep, overtraining, and aging.

When we aren't taking care of ourselves, especially as athletes, our bodies will down-regulate their own natural peptide production. That results in deficient growth hormone, IGF-1, and other peptides that keep us young and fit.

You'll also see a decline in hormones, which can negatively effect your physique and athletic prowess. And, you'll wonder if there's a way you can combat this. The answer is yes, you can inject or consume exogenous sources of these compounds.

You could also ingest really high quality amino acids like glutamine and creatine, but after a certain point, that might not be good enough. The advantage of peptides is that they are smaller molecules, and are used by the body more efficiently. They're also more stable molecules, so they are used more readily than the unstable and un-bonded amino acids.

It should be noted that injectable peptides, like HGH, are banned by athletic governing bodies, as well as in bodybuilding federations. This is because these substances have powerful effects in the body, for building lean muscle mass, burning fat, and improving recovery after hard training. They really are an unfair advantage, athletically and otherwise.

However, you could pursue treatment with these compounds in the proper clinical setting.

How Do They Benefit Athletes?

If you've found an appropriate resource and you're an athlete looking for improve both your skill and your physique, you might find peptides to be your best option. This is because they are usually safer but just as effective as anabolic steroids, or other drugs that can have dangerous side effects.

This is because peptides will work with what your body already does, naturally. It's a coaxing effect, rather than forcing your body to change. That means that peptides will take longer to work, or show results, than steroids. If you've been an athlete for any period of time, you know that's ideal.

Building your body or improving past your previous performance should take time, because your cardiovascular system as well as your joints and ligaments need time to develop along with your gains, to properly support them.

You can also cut back a bit on your protein consumption and supplement use, since peptides will take over those roles. That could be of benefit to your stomach and gastrointestinal health, as well as your kidneys and liver. Too many supplements and extreme diets can take their toll.

Some of the most popular peptides used by athletes or bodybuilders are:

GHRPs: Growth hormone releasing peptides (GHRP) are highly popular among both athletes and bodybuilders, due to their muscle repair and growth effects, body fat reducing effect, and recovery and strength gains. GHRP-2 and GHRP-6 are the most popular secretagogues.

SARMs: these are similar to anabolics, without the side effect of converting testosterone into DHT. DHT conversion is among the most dangerous and undesirable side effects of anabolic use. Ostarine is a popular SARM.

Ipamorelin: this is a type of GHRP secretagogue that acts similarly to GHRP-2 and GHRP-6, but doesn't have the appetite increase side-effect.

BCP-157: can also aid in muscle repair and recovery after hard training.

Sermorelin: Another secretagogue, this is a GHRH that stimulates the pituitary gland to produce more HGH. This supplies the body with the same benefits of GH, like muscle gain and recovery.

Many athletes find that peptides are undetected by their governing sports bodies drug tests, so they'll still use them. That's the athletes choice, and whatever moral or professional ramifications arise, it's their responsibility.

As you've seen, peptides are pretty amazing for the human body.

This guide has given you an overview of peptides and how they can benefit an athlete's recovery, performance, and appearance. If you're intrigued and want to learn more about how these compounds can help you, check out our blog.