The Combined Power of Ipamorelin and Peptide CJC 1295 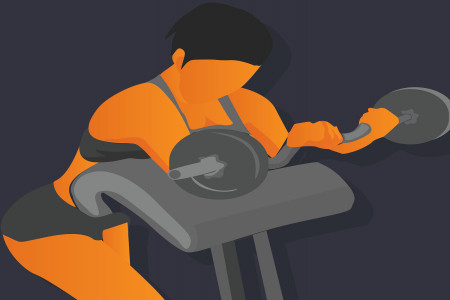 Instead of code, you'll be happy to know that CJC 1295 and Ipamorelin are both fabulous peptides. And they have the potential to change your life.

Peptide CJC 1295 and Ipamorelin stimulate your own production of Human Growth Hormone (HGH). Ok, so more big words. But it's actually not that complicated.

Human Growth Hormone is responsible for growth and repair. So, if you're producing more of it, you're gonna look and feel better and younger.

We'll tell you more about the power of combining these peptides for anti-aging and weight loss.

Known individually as Ipamorelin and CJC 1295, these peptides have similar roles.

Both of them are known as some of the most effective Growth Hormone Releasing Peptides. In addition, CJC 1295 leads to an amplified release of IGF-1.

Both have minimal effects on cortisol and prolactin levels and are favored for their few side effects.

While they're popular with bodybuilders, other types of people are choosing them for their health benefits.

There's a range of impressive effects when you combine these peptides. The first is that the combination provides you with GHRH (amplifier) and GHRP (inducer).

The presence of an amplifier and an inducer not only increases the levels of growth hormone released, but they also increase the strength of that release. In addition, this combination increases the number of cells that actually secrete the GH.

What this means for you is that your body is in a state of producing a steady, improved release rate of GH.

The advantages of adding CJC 1295 Peptide to your Ipamorelin treatment is that it increases bone density and collagen. Along with this, it strengthens your immune system.

Primarily, CJC 1295 increases the production of proteins, which leads to stable bodily functions related to the glands in the body.

A range of benefits can be expected from increases in GH and the subsequent Insulin-Like Growth Factor (IGF-1).

The Ipamorelin CJC 1295 combination approach is an effective therapy for anti-aging and for those with inflammatory conditions. Anyone who has low IGF-1 levels will also greatly benefit from a combination of Ipamorelin and CJC 1295.

We all know the plethora of undesirable effects of aging. Low energy, decreased muscle mass, and increased fat levels are just some of them.

Many of these issues are linked to low levels of GH. The great thing about these peptides is the low risk associated with their consumption along with counteracting those negative aging effects.

In this way, they're safely able to reverse many of the negative side effects of aging.

A heightened level of GH released by the pituitary gland will prompt your body to produce more IGF-1.

Ipamorelin stimulates the secretion of GH from your pituitary gland. But it also inhibits the production of somatostatin, which reduces growth. Ipamorelin is therefore highly effective in increasing GH levels.

These hormones are naturally released by the pituitary gland. But, as your body stops producing the hormone, a supplement may be necessary.

The combination of Ipamorelin and CJC 1295 is an effective way to naturally increasing these dissipated levels.

It's important to understand how the pituitary gland works. This gland controls many aspects of our bodies from childhood to old age.

From the moment you're born, it stimulates growth. It also creates bone, muscle, and other connective tissue.

However, once we get older, this growth process becomes less efficient. The older you get, the less GH is released. For some, this process happens sooner than others.

The result? It becomes increasingly more challenging to grow and maintain muscle.

The combination of these peptides is preferred over just consuming one. The production of growth hormone secretion is ten times more effective than using them individually.

As stated above, science shows that HGH and IGF-1 decrease drastically by the time we reach old age.

In addition, scientists observed that those who supplemented with both experienced increased feelings of youthfulness and improved well-being. It's even been shown to play an important role in alleviating depression.

An important benefit of this combination of anti-aging peptide injections is that they increase both the GH secretion and levels of IGF-1. This is done without negatively affecting the consistency of GH secretion.

Medical professionals choose to combine CJC-1295 with Ipamorelin due to the fact that these peptides generate similar increases in growth hormone secretion without negative side effects.

Increased appetite stimulation and increases in levels of cortisol and prolactin are examples of negative side effects. Luckily, this combination isn't accompanied by any of these side effects.

Other peptide supplements run the risk of these unfavorable side effects. In contrast, peptide CJC 1295 has been shown to be extremely well-tolerated and is a perfect addition to Ipamorelin.

Users find it more convenient and effective to use a combination of these peptides, as it produces much quicker results.

The combination of these anti-aging peptide injections is popular among bodybuilders. This is because it aids in increasing strength and has massive benefits for recovery from an injury.

An important role of GH is that it increases the rate at which fats are broken down into fatty acids.

It makes sense, then, that obese people have inhibited GH levels. Ipamorelin therapy has a direct effect on anabolic action. This, therefore, makes it very effective in a weight loss journey.

A balanced diet and exercise plan are encouraged as part of this treatment. Individuals shouldn't expect optimum results without the addition of a healthy lifestyle.

This combination peptide treatment is suitable for all people. Not just for bodybuilders wanting to make huge gains or just for those looking to lose weight.

Women find it beneficial as it helps them to gain lean muscle mass while reducing fat. Ipamorelin before and after pictures of women show impressive lean muscle results.

For this reason, both men and women benefit from these Peptides as an essential part of their training plans.

Remember, the amount of muscle you gain will depend on a few factors. Your genetics, age, quality of sleep, and duration of your workouts will all have obvious impacts on your muscle gain.

But, no matter who you are, Ipamorelin assists with lean muscle gain, especially when used in conjunction with CJC 1295.

Of course, biologically, it's impossible to prevent aging.

But, the great news is you're now able to slow down the process.

The combination peptide treatment induces the liver into producing (IGF-1) in a similar process as insulin production. What happens next is incredible. The hormone successfully triggers body tissue formation and bone regeneration.

One reason this treatment is effective in improving overall appearance is its ability to stimulate the cell regeneration process.

New cells must be generated frequently to ensure healthy skin, hair, and nails.

These days, medicine is moving toward prevention. Instead of treatment or early detection, health professionals are prioritizing a holistic approach focusing on preventive practice.

Integrative Holistic medicine is one way to describe this approach.

The idea is to stop health issues from becoming serious. Instead of medicating symptoms, this approach aims to prevent those symptoms from ever occurring.

A key aspect of prevention treatment is toÂ stop symptoms from affecting physical and mental health in the long-run.

Ipamorelin and CJC 1295 are shown to improve overall health. They improve energy levels, heighten mood, enhance sleep, and can even have drastic effects on libido.

This along with their ability to enhance weight loss and build muscle shows that they can enhance a person's general health and potentially prevent serious conditions from affecting health long-term.

It's important to remember that no two people are alike.

Your age, body composition, and the dosage you take will all play a factor in the results you can expect when you begin your treatment.

Of course, for those who exercise daily, results may be more drastic and quicker.

However, no matter your age or body type, you're guaranteed to feel and look younger on this treatment.

Although these peptides have no risky side effects, it's helpful to take them correctly to guarantee best results.

Importantly, they also improve the general health of an individual. When a person's overall health is improved, they're better equipped to lose weight and maintain that weight loss.

The Elixir of Life

Remember the vitality and glow of youth?

Days spent lounging by the pool, exercising, socializing? A general feeling of energy and wellness was normal for you.

Do those days seem farÂ away now? This is where Ipamorelin and peptide CJC 1295 come in.

They've been called 'The Elixir of Life' by some. Doctors refer to them as the best peptides for weight loss and they're endorsed for their safety.