The Anti-Aging Benefits of Sermorelin 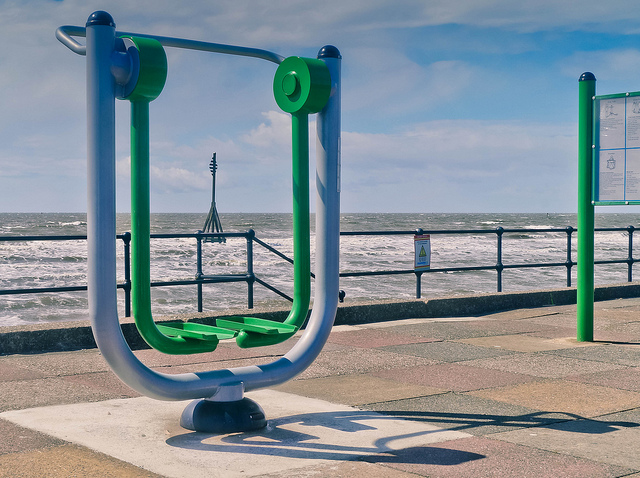 For those who are interested, there are dozens of different anti-aging treatments available and Sermorelin therapy has become one of the more popular ones available.   There are many benefits to using Sermorelin for anti-aging as the decline in human growth hormone production is thought to be associated with several aging effect, and the use of Sermorelin can help restore youthful and normal HGH production levels. Some of the effects that can occur from reduced HGH production levels include decreased muscle mass, a slower metabolism, increased body fat, brittle bones, reduced libido, lower energy levels, wrinkles and more. Sermorelin therapy can reserves these symptoms by maintaining regular hormone production, and more evidence is starting to show that hormones play a bigger role in aging than previously imaged. Anyone who is looking to reduce their aging symptoms, look better and feel better should consider using Sermorelin therapy.

Anyone who is looking to reduce their aging symptoms, look better and feel better should consider Sermorelin therapy, as the treatment does not result in the negative feedback loop that can shut down hormone production and cause other imbalances. Sermorelin has proven to be one of the best treatments for aging symptoms, and as many people are finding out that they have a deficiency it is becoming increasingly common for adults to use hormone replacement to reduce these symptoms or prevent them from occurring in the first place.

HGH deficiencies are more common than ever

HGH deficiencies are more common than ever because of the environment, our diet, and other facts that have disrupted natural hormone production levels. Often, people will experience some of the symptoms mentioned above, especially some of the harder to diagnose symptoms like a lack of energy, malaise, changes in blood cholesterol levels, and mood symptoms like anxiety and depression. People who actually have a deficiency may overlook their deficiency because most medical professionals will look at other causes before even thinking that these symptoms can be related to a hormone deficiency. Yet, there are tens of thousands of people who use Sermorelin to increase their natural HGH production levels, and experience significant improvement with these symptoms, so anti-aging treatments are very often an effective option that is overlooked in favor of other treatments.

When the negative impact of the environment or hormone production combines with the natural decline of hormone production that occurs no matter what as a person ages, the result is that people start to experience aging symptoms at a younger and younger age. People in their 20s and 30s and even younger can start to develop chronic illnesses because of their diet, and their hormone production levels can be completely thrown out of balance as well. Young adults with poor lifestyle habits will likely have a lower HGH production level than average, and may start to get the aging symptoms mentioned above many years before they are supposed to.

You may have an HGH deficiency even if you are young

Being young doesn't always mean healthy, and younger people may have a hormone deficiency that they are not aware of. A poor diet and a lack of exercise and/or sleep can certainly cause a reduction in natural human growth hormone levels, and the resulting reduction can be very detrimental even for those under the age of 30. Sermorelin therapy can even help younger people who are under the age of 30 to restore normal HGH levels in some approved cases, but the majority of the time they can restore their normal HGH production levels by changing their diet, exercising more, or getting more sleep. Younger people may discuss HGH therapy with their medical doctor if they believe that they have a deficiency, but the majority of those who try Sermorelin or HGH therapy are usually those who are aged 30 or older and who cannot increase their HGH production as easily as a younger person simply from dieting and exercise.

What does it mean to have an HGH deficiency?

If you happen to have an HGH deficiency, you may be experiencing dozens of symptoms that can easily be improved with the right hormone replacement therapy program under medical supervision. An HGH deficiency can dramatically affect the quality of your life as you age, and some medical professionals believe that it may even be associated with the onset of several different chronic illnesses. Having a deficiency can limit your mobility or make it harder to stay awake and energized throughout the day, and in general it makes being healthy more difficult. Sermorelin therapy can be combined with specific lifestyle changes to reduce and maintain a healthy body weight, reduce chronic illness predispositions, and increase fat metabolism as well as energy levels. Most medical professionals also combine low dose Sermorelin with a full diet and exercise program to avoid full reliance on the treatment.

Although Sermorelin therapy can certainly be helpful for restoring growth hormone production levels, those who want to maintain high HGH production levels need to make an additional effect to avoid foods that can reduce growth hormone production as well as exercise regularly which is proven to be effective at increasing HGH production. High intensity interval training is one of the best forms of exercise that can increase HGH production naturally for example, and there are several foods that should be avoided for those who have even a slight deficiency in hormone production. If a person with a growth hormone deficiency combines their dieting and exercise efforts with a low dose of Sermorelin the results can be much better and the hormone restoration can occur much more quickly than someone who doesn't put as much effort toward diet and exercise.

Avoiding foods that can cause an HGH reduction

You should do everything that you can to increase your natural growth hormone levels including avoiding the foods that can reduce your hormone production levels and trying to perform as much high intensity exercise as possible. Some of the foods that can cause problems with hormone production include high glycemic index foods, grains, most sugars, processed foods, some dairy products, and generally anything that is high in simple sugars. There is a correlation between lower human growth hormone production levels and the consumption of these foods because they cause a rise in cortisol levels as well as insulin production levels. If you are going to consume anything that is high in carbohydrates, it is best to stick to natural sources of simple carbs like fruits and vegetables but in balance with natural fat and protein consumption.