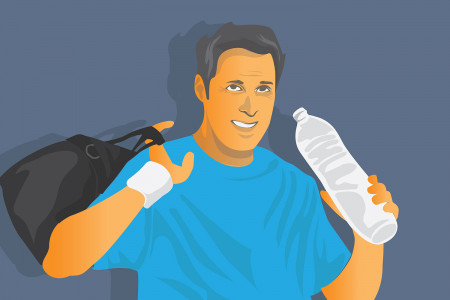 For decades, menopausal women took hormone replacement therapy to ease their symptoms. It was also used to prevent osteoporosis and heart disease. As a result, millions of women benefited from HRT.

But a study released in 2002 changed all that.

Millions of women stopped taking it.

The recent results showed that no, HRT won't kill you.

Hormone replacement is still a debated topic. Many women aren't sure what to believe. We're going to break down the top 10 myths of HRT to help clear up any misconceptions.

What Is Hormone Replacement Therapy?

As women's bodies age, they lose essential hormones. The two most common hormones lost are estrogen and progesterone.

Estrogen (along with some help from progesterone) helps the body process calcium. It also helps to keep the vagina healthy and maintains good cholesterol levels.

When menopause starts, the levels of estrogen and progesterone drop significantly. Because of the sharp drop, the risk of developing osteoporosis occurs.

This leads to the infamous symptoms of menopause -- the hot flashes and night sweats. The reduced amount of these hormones also affects a woman's sex life.  Sudden mood changes and sleep issues are also a result of the loss of hormones.

There are different types of HRT that offer different benefits depending on what the woman experiences. For women who've undergone a hysterectomy, estrogen alone is commonly prescribed. For women experiencing menopause, doctors prescribe a combination of estrogen and progesterone.

Sermorelin and Ipamorelin do several things. They boost cellular regeneration and growth. They also repair cellular damage and injuries.

Sermorelin stimulates the pituitary gland to produce more hormones. Its structure is close to the body's natural hormone, making it a popular form of HRT.

The benefits of Sermorelin are:

Ipamorelin is the mildest growth hormone-releasing peptide (GHRP). Like Sermorelin, it's taken as an injection that targets the pituitary gland. Ipamorelin is a versatile GHRP that's also the longest lasting.

It functions as a slow-building hormone similar to the body's natural growth hormone. The benefits of Ipamorelin are almost identical to Sermorelin. These include:

Both Sermorelin and Ipamorelin are safe and effective.  They're also taken in combination with other peptides.

Sermorelin and GHRP-2 and GHRP-6 work to increase the HGH production by the pituitary gland. This makes the liver produce more IGF-1 (Insulin-Like Growth Factor-1).

This offers the same health benefits mentioned before. But, it has added benefits like:

Ipamorelin and CJC 1295 specifically target anti-aging properties. But, it's also ideal for people  with inflammatory conditions, diseases, and low levels of IGF-1.  The benefits are identical to the ones  Sermorelin and GHRP-2 and GHRP-6 offer.

As you can see, with so many evolving forms of HRT and studies, understanding hormone replacement isn't easy. This  led to several different myths arising over the years.

If you're a woman entering middle age, it's important you know what's true to help you make an informed decision on your health. We're going over the most common HRT myths still floating around.

We've tried to debunk this one already. It's still confusing because of the differing findings.

The safest way to replacement hormones is to find the right doctor. An experienced, qualified, and reputable physician will explain in detail all the risks and rewards of HRT.  They'll also help you decide on the treatment that's best suited for you.

For short-term use at a low dose, there are very few risks. But, like with everything, it all depends on your body and your treatment.

We mentioned that pills are hard on your liver because that's where they metabolize. Thus, if you have any liver issues, you should avoid estrogen pills. But, the patch or cream doesn't have the same effect on your liver.

2. You'll Get Cancer if You Use HRT

The big scare in 2002 was that estrogen caused cancer. Thus, HRT increased these chances.

The 2017 study proved this theory incorrect. Here's exactly how they carried out the study and their findings.

BreastCancer.org warns that combination therapy increases the risk of cancer by 75%. This means taking both estrogen and progesterone. But, they also point out that estrogen-only therapy only increases your cancer risk if you take it  for more than 10 years.

3. You Can Only Use HRT if You Have Symptoms Right Now

This is true. Your doctor won't prescribe HRT unless you're experiencing the symptoms of menopause.

They'll usually start you at a low dose, then increase the dose as time progresses.

This is false. A good way to think about it is like this.

5. It's Only for Menopausal Women

Women who undergo hysterectomies receive HRT as a significant amount of estrogen is lost. Men also lose hormones as they age. They, too, receive HRT, although it's geared toward their needs and not the same as estrogen replacement.

This depends.  There is a connection to hormonal imbalance and weight gain.  When someone tries to get their hormones balanced again, it's possible they gain weight for various reasons.

Some people gain weight due to an increase of fatty tissue. Others, like men who take replacement testosterone, may gain muscle mass.

7. When Menopause Is Over, There's No Need for HRT

There isn't a clear-cut answer to this one, unfortunately.

Some studies show that a woman shouldn't take estrogen replacement for longer than 10 years. But, other studies show it can be beneficial to some women.

In some cases, menopausal symptoms return after the woman stops HRT. Their doctor will put them back on estrogen replacement in a smaller dose. Usually, they want to avoid the possible risks of the pill form, which is where the patches and creams come into play.

In some cases, absolutely! Some of the most uncomfortable symptoms of menopause are vaginal dryness and pain during intercourse. HRT helps with both of these.

As men and women age and lose hormones, they often lose their libido. This is actually quite natural, as unfortunate as it is.

Some women claim HRT increases their libido. In a recent trial, 44% of post-menopausal women taking HRT say their sex drive got a boost.

So, on two levels -- symptoms and libido -- the research shows sex is a huge benefit of hormone replacement.

Estrogen is a sleep-maintaining hormone. Many menopausal women complain of disrupted sleep due to their hormonal imbalance. When they start hormone replacement therapy, they report their sleep habits improve.

HRT costs less than many people realize. In fact, it's often covered by many health insurance carriers.  The type of therapy and percentage paid may vary depending on the policy coverage.

If you have to pay out of pocket, you'll find that most hormone replacement methods cost you less than buying a Starbucks coffee every day.

Is HRT for You?

Being concerned about  hormone replacement therapy is natural. Especially after the warnings and bad press HRT got in 2002. But recent studies show the therapy is actually safer than what was previously thought.

If you're experiencing symptoms of menopause, talk to your doctor. They'll help you determine if hormone replacement is right for you.

We can help. Since 2004, we've specialized in hormone replacement therapy. We also focus on the medical HCG diet and other anti-aging programs.

Contact us today to learn more about our processes and how we can help you.