Sermorelin vs. HGH for Bodybuilding 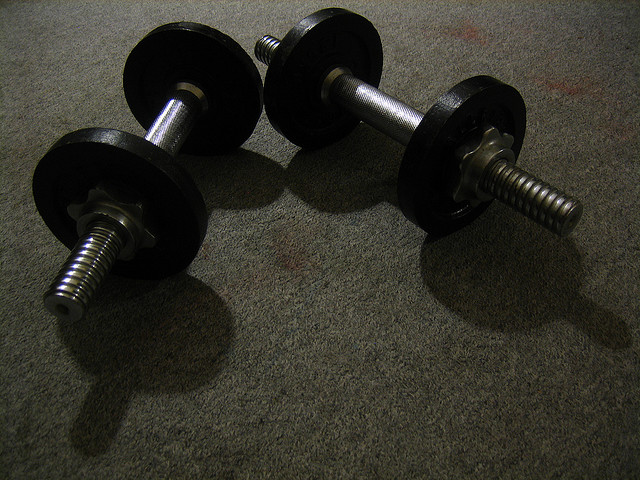 Sermorelin has become a popular alternative to HGH for anti-aging because it is thought to have fewer side effects with the same benefits, and it is now even used by some bodybuilders as an HGH replacement for the same reason. The main issue with the use of both Sermorelin and HGh for bodybuilding is the fact that the FDA has prohibited their use only for this purpose, so the majority of companies that are selling either product only for bodybuilding and not for any medical purpose are likely doing so illegally. Bodybuilders who purchase these substances from retailers that are willing to sell it to them without a prescription are putting their health at risk because many of these retailers do not perform any due diligence to ensure that their hormone sources are producing it correctly.

Sermorelin has become more popular as a bodybuilding supplement because it has fewer side effects than HGH. Growth hormone is often administered in quantities that are too large or small, resulting in side effects or unintended results. Sermorelin has started to become more popular than HGH for several reasons, but primarily because of the way the supplement biochemically reacts with the body. Sermorelin works as a growth hormone releasing hormone and it is the first 29 amino acids of the full growth hormone molecule. It stimulates the pituitary gland to release its own growth hormone which is why it has fewer side effects, and the resulting release of growth hormone from the pituitary is gradual. Although Sermorelin has been approved for a few medical uses such as for treating small stature in children and to replace reduced growth hormone levels, it has not specifically been approved by the FDA for bodybuilding, and as a result it should not be used only for this purpose.

At Nu Image Medical we can prescribe Sermorelin for a legitimate growth hormone deficiency, and at the start of the treatment program patients will have their growth hormone levels checked prior to being approved for it. Neither HGH nor Sermorelin are recommended for the sole purpose of building muscle, especially if a person already has normal growth hormone production. There are several ways to increase your HGH production levels naturally, and unless you have a deficiency you should stick to those methods such as getting more sleep, resistance training, and even some aspects of your diet. Patients who are aged 30 or older can often benefit from Sermorelin treatment because they often have a deficiency, and an HGH deficiency is sometimes seen in younger patients but it is rarer.

When there is a legitimate growth hormone deficiency, Sermorelin can help build muscle

Patients who are experiencing slower muscle growth due to a hormone deficiency can certainly benefit from Sermorelin therapy. The therapy replaces lost HGH levels gradually, and as a result there are dozens of positive health benefits. Faster muscle growth is just one of those benefits; the other benefits include lower body fat, increased bone health and mineralization, increased workout recovery, better muscle definition, and better regulation of other hormones like testosterone. The loss of HGH causes dozens of aging symptoms like slower muscle growth and a slower workout recovery, but increasing growth hormone production levels can have a dramatic effect, and patients with a legitimate deficiency will start to see impressive muscle growth results within a few weeks of starting Sermorelin therapy or sooner.

Testing is necessary for the proper dosage

Bodybuilders and patients who are looking to increase muscle mass through the use of HGH or Sermorelin absolutely need to undergo blood testing prior to starting their treatment program, and their program should be administered by a legitimate medical clinic. Patients who try to administer their own treatments without knowing the amount of their hormone deficiency are risking causing permanent damage to their endocrine system with unknown short and long term health consequences. Hormones can have a negative impact on the body when they are improperly used, but when they are properly prescribed at the right dosage they can lead to a wide range of health benefits. Only a licensed medical provider will know the appropriate dose of the hormone to use for each patient, and accuracy with dosing is of the utmost importance when it comes to any hormone treatment.

Sermorelin is less expensive than HGH

For patients who are concerned with muscle loss or mobility problems as they age, Sermorelin is often an excellent solution and it can be used for several months at a low and safe dosage. Nu Image Medical's treatment program can be used for several months in a row without any issues, and the dosages for the hormone are carefully selected so that HGH is not released in excess. The treatment is inexpensive compared to HGH therapy which can cost upwards of $10,000 to $30,000 per year or more, and the treatment program offered by Nu Image Medical can be performed at home after an initial medical evaluation which can be performed at home, and an initial bloodwork analysis which can be performed locally. Also, the three month program at Nu Image Medical comes with a free bloodwork analysis and the three month program is a good starting option for many patients so that they can see how their muscle growth improves over this period of time while taking Sermorelin.

One unique aspect of the Sermorelin therapy program at Nu Image Medical is that we provide patients with GHRP-2 and GHRP-6, (growth hormone releasing peptide), both of which also increase growth hormone production levels. All three of these peptides are effective at increasing growth hormone levels and they are safe to use together. There are many treatment programs that focus on using just one of these, but by combining them there is a better and more efficient release of growth hormone by the pituitary gland. Some of the effects of each one are slightly different, for instance GHRP-6 is known to increase appetite and it also has the ability to reduce inflammation related damage and symptoms.

If you are a bodybuilder looking for better muscle gains and are interested in HGH or Sermorelin to assist you, you should contact Nu Image Medical today to find out whether or not you have a hormone deficiency. Sermorelin can certainly be beneficial for muscle growth for many people, but if you don't have a deficiency you may be advised to not use the treatment. HGH deficiencies are actually quite common because many people have hormonal imbalances as a result of their diet, a lack of sleep, stress and other factors, and there are many potential causes for hormone deficiencies. If you find that you have struggled with muscle gain, have a low mood, have struggled with reducing your body fat percentage, or fatigue easily, you may very well have a growth hormone deficiency and would benefit from a medical consultation.

Click here to ask a medical provider at Nu Image Medical any questions that you may have about our Sermorelin therapy program and find out if you have a growth hormone deficiency that can be treated.