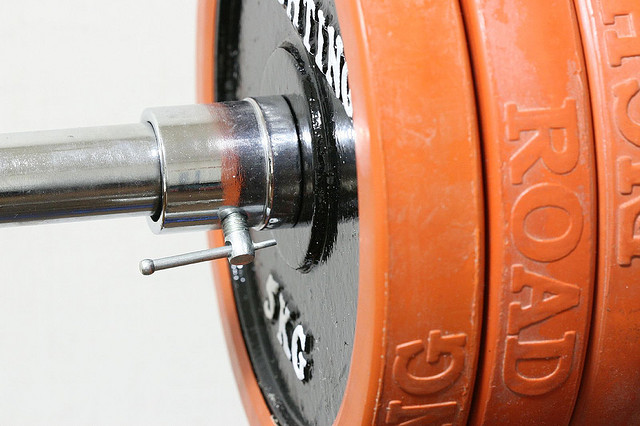 Sermorelin has become a popular weightlifting supplement in recent years because it has minimal side effects compared to HGH and testosterone. Sermorelin works by triggering the pituitary gland in the brain to produce more human growth hormone naturally. Weightlifters are interested in human growth hormone because it has a wide range of positive health benefits, even for people who produce a regular amount of the hormone and who are not deficient. Weightlifters generally get better results from their exercise efforts when they use human growth hormone; they often see faster muscle gain, their exercise recovery time is usually faster. Sermorelin has proven to be a safer and more natural way to get the same results that you would get with human growth hormone, although the results are more gradual over time. Although HGH can work well in the short term, there are long term consequences of using the hormone which are currently fully understood.

HGH declines at a different rate for every person

The HGH that is naturally produced by the pituitary gland starts to decline once you reach the age of 30. The decline becomes more substantial every decade afterward, and it can start to really affect you in your late 30s and early 40s. The decline happens at a different rate for every person; some people experience faster declines and more symptoms, while other people take longer to start having symptoms. It can also be hard to pinpoint some of the symptoms because many health conditions are attributed to the wrong causes. An HGH decline definitely causes a wide range of medical symptoms and can make exercise more difficult and recovery times take longer. That's why restoring normal HGH levels can be so beneficial and that is also why many weightlifters, especially those who are 30 or older have thought about taking HGH or Sermorelin.

There is no doubt at all that HGH supplementation results in numerous short term benefits. The problem with supplementing with the hormone is the long term health consequences that are poorly understood. Even those who don't have an HGH deficiency can obtain many benefits from supplementing with the hormone, but these people may also be at risk for more health consequences if they inject too much of the hormone. It is also difficult to determine how much of the hormone is too much, because there are not detailed scientific studies on the long term consequences at different dosages. Using the hormone can result in improved muscle mass after exercising, a faster workout recovery time, lower body fat levels, improved memory and more.

Sermorelin and weightlifting offers the same health benefits as HGH

Sermorelin offers the same health benefits including an improved workout tolerance, faster muscle gains, higher energy levels, improved libido, lower body fat, an improved sleep schedule and memory, and more. Sermorelin's health benefits occur more gradually over time while HGH works faster in the short term. Sermorelin can take about 2 to 3 weeks to start to trigger the body to product more human growth hormone. It causes the body to release HGH with its natural process rather than having to rely on manmade hormones so a lot (if not all) of the symptoms associated with long term HGH use are avoided. Some of the other health benefits include improved bone mineral density, improved heart health, better and younger looking skin, an improved metabolism, and an overall better mood and a better quality of life.

Weightlifters and bodybuilders have a particular interest in sermorelin because it improves workout recovery times and helps put on more muscle quickly. After anywhere from 6 to 12 months of therapy combined with a strenuous weightlifting routine, Sermorelin can have results that are similar to HGH supplementation. It has been shown to be particularly effective for short bursts of exercise which happens to be the same way that many weightlifters exercise. Because sermorelin has a short acting half-life, it needs to be taken regularly over a long period of time for its results to start to accumulate, but many weightlifters start to notice that they put on much more muscle after a few weeks of treatment, and that they are able to get back to lifting a lot sooner than they would without exercising. Sermorelin helps weightlifters get much more from their workouts than they would without the treatment, and compared to HGH it is far safer.

Sermorelin is a less expensive supplement for weightlifters

HGH remains one of the most expensive supplements in the world because it is still illegal to be sold for off label use for bodybuilding. HGH can been legally prescribed by a medical doctor but purchasing the hormone without a prescription is considered to be illegal by the Drug Enforcement Administration. HGH is only allowed to be prescribed for specific purposes, and with the tight regulation around the hormone it remains difficult for bodybuilders to obtain it without risking purchasing a low quality product or dealing with an illegitimate company. There are no such regulations around Sermorelin and as a result the cost is much lower than human growth hormone, and overall it is safer to use for bodybuilding or for muscle building purposes. HGH therapy can cost one to two thousand dollars per month or more, however sermorelin is available for much less than that and may be just as effective in the long run without the negative side effects.

Weightlifters who use HGH are sometimes concerned about the dosages and their long term effects, and as a result they are cautious with how much of the hormone that they use. Many weightlifters cycle their dosages so as to not build up an immunity to the hormone and prevent long term side effects. The same concern is present with Sermorelin, so weightlifters can use it for several weeks or months at a time without having to worry about immunity or long term health problems. There is nothing to indicate that sermorelin is not safe to use in the long term, and it has not been known to cause some of the effects associated with long term HGH use like acromegaly, carpal tunnel, joint problems, and other issues. Weightlifters usually don't have to be concerned about cycling their dosages, as they will get the proper dosage with Sermorelin as long as they receive it from a licensed clinic, and there is nothing to indicate that long term sermorelin usage results in a built up immunity.

Sermorelin presents a good alternative to HGH for most weightlifters

For most weightlifters, sermorelin is a far safer alternative and makes much more sense to use. It is prescribed legally so there are no concerns about the quality of the treatment, and it is known to have many of the same positive effects. At the very least, it is worth trying first to see your results before you consider other hormone replacement methods, and it very likely will help you get close to the results that you are looking for. Best of all, the treatment doesn't come with side effects and you won't have to worry about cycling the dosage because of concerns about hormone immunity or shutting down your natural production.  The effects just occur gradually over time, but because it doesn't have to be scaled down, it offers a more consistent and steady, more natural boost of HGH that the body naturally produces, rather than a rush of HGH that can't be controlled and that may have several health consequences. If you are a bodybuilder interested in sermorelin and its health benefits, get more information about the treatment by speaking to a medical provider at Nu Image Medical today.