Is Sermorelin the New HGH? 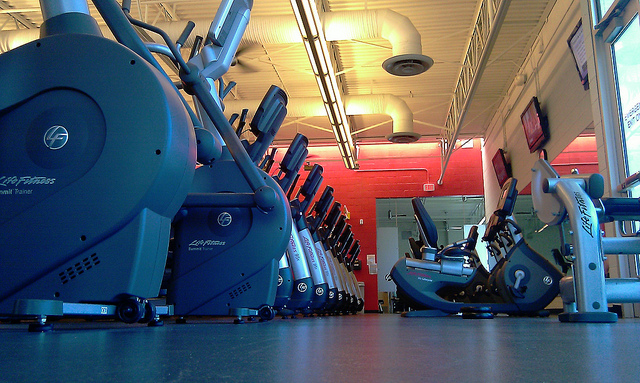 Sermorelin has received a lot of attention lately as being a potentially safer alternative to human growth hormone. Bodybuilders and athletes have taken HGH in recent years to help them put on more muscle mass while maintaining a lower body fat percentage. HGH has a wide range of different effects on the body and it is very different from testosterone, which more specifically is used to improve muscle mass. HGH and testosterone both are not thought to be safe for long term use, especially when the hormones are obtained without a prescription, but HGH is considered to be slightly safer than testosterone and anabolic steroids.

The major issue with the use of HGH and testosterone is the fact that these hormones are almost always obtained without a medical consultation. Sermorelin has become used more frequently than these hormones because it is not a hormone; it is a peptide that stimulates the pituitary gland to produce more of your own natural hormones, and as a result it is thought to be a safer way to increase hormone production with minimal side effects. With the potentially dangerous side effects of anabolic steroids and testosterone overuse, and some of the unknown side effects of HGH use, many athletes and patients who are interested in anti-aging have started to use Sermorelin.

Sermorelin is more affordable and thought to be safer than HGH

Two of the primary benefits of using Sermorelin are its cost and its safety compared to HGH. Sermorelin is available from licensed clinics like Nu Image Medical for a small fraction of what it may cost you to buy HGH at a non-licensed retailer or even at a local clinic. HGH has higher costs associated with it because there are tighter regulations that govern the prescription of the hormone. Although Sermorelin does not have the same regulations governing it, it should only ever be obtained from a licensed clinic.

It is actually completely illegal to sell HGH without a medical prescription because the FDA banned the off-label use of HGH when it is not administered by a medical provider. There are still several retailers that have ignored this ban and continue to sell products that contain HGH in them or claim to contain the hormone, but these products are incredibly dangerous to use. Also, purchasing HGH from a retailer that sells the hormone without a prescription is a bad idea because any retailer that is willing to take the risk of being caught by the FDA is not likely to care much about the quality of the products they are selling you.

Sermorelin and HGH secretagogues are known to be safe to use

No matter what your goals or reasons for taking HGH are, you are almost always better off trying a HGH secretagogue, or a substance that causes your body to release its own HGH. HGH secretagogues are safer because they release your own human growth hormone which is delivered to the tissues of your body through the natural mechanism, while an injection of human growth hormone is the least natural way to replace the hormone.

Some researchers believe that there are both short term and long term effects to using HGH injections such as swollen hands and feet, carpal tunnel, and insulin resistance. Although these side effects are normally only seen with heavy doses of human growth hormone, they are very real. More serious side effects are rare, but regardless you don't want to have any unnecessary side effects at all when you are trying to increase your HGH levels, as there can be many health benefits to doing so.

Sermorelin has the same health benefits of HGH

Sermorelin is used because it has the same health benefits that HGH injections have, although the health benefits can take a longer time to be seen. Because Sermorelin has an activation period that can vary from one person to another, it doesn't work as quickly as HGH does. But the health improvements that HGH provides can occur with Sermorelin over a period of two to three months or more. It has the benefits without the risk of the body's natural production of HGH shutting down which can occur with HGH therapy.

The benefits include a faster recovery from exercise and strenuous workouts, improved skin tone and elasticity, stronger bones, faster muscle synthesis following a workout, improved muscle strength, decreased body and belly fat, improved cardiovascular health, improved metabolism, improved mood, a better immune system and more. Sermorelin can be prescribed to both older and younger adults, and the dosage can be more precisely selected for a person depending on their goals and the level of their natural hormone deficiencies. In general, the same quality of life improvement that occurs with HGH therapy also occurs with Sermorelin therapy, and for people who are patient enough to wait a few weeks for the results it can be far safer.

Sermorelin does not shut down the body's natural production of HGH

One important difference of Sermorelin compared to HGH is that it does not shut down the body's natural production of HGH. When HGH levels are artificially high, such as when the hormone is directly injected regularly, it causes a negative feedback loop which shuts down endogenous (natural) human growth hormone production. This shutdown is caused by the release of somatostatin, which is released when HGH or IGF-1 levels are high.

The only way to avoid this negative feedback loop is through careful dosing and timing your injection cycle, and the vast majority of people would not know how to safely do this without medical supervision. Sermorelin on the other hand does not cause the body to shut down its endogenous HGH production; instead it increases the natural production of the hormone gradually. Sermorelin dosages are always carefully selected based upon the level of human growth hormone deficiency and other factors. As a result there are no risks or concerns of long term damage to the pituitary gland when you use Sermorelin, and you won't have to worry about becoming reliant on HGH injections in the case that your body's natural human growth hormone production levels shut down.

When patients attempt to self-administer their own HGH therapy, which many do, they always run the risk of taking the wrong dosage (too little or too much of the hormone), and the side effects and health consequences of this can be severe. Before anyone attempts any type of hormone therapy, their current hormone levels must be measured with a blood test, and then the proper dosage can be selected.

Patients who try to act as their own doctor will inevitably end up making a mistake, and with the long term effects that hormones can have, it is always a bad idea. Don't even consider self-administering any hormone without a medical evaluation and try Sermorelin if you are considering starting HGH therapy for muscle building or for anti-aging. Many people who think that they will not be approved for Sermorelin therapy will actually be approved because HGH deficiencies are quite common as a result of a poor diet, environmental or other factors.

Is Sermorelin the New HGH? It seems so

The safety of Sermorelin cannot be matched with any type of HGH hormone therapy and it is just as effective in the long run at providing the same health benefits. Because of this, many people have replaced HGH with Sermorelin, but if you still aren't sure whether or not the treatment will work for you based on your goals, you should contact a medical provider at Nu Image Medical today to learn more about the treatment and how it can benefit you.