Is HGH a Safe Anti-Aging Supplement? 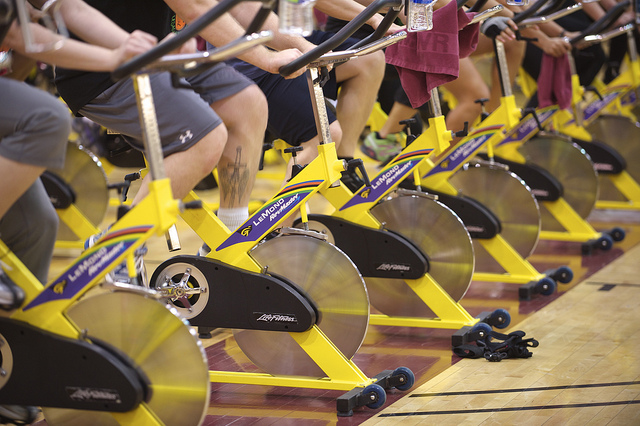 Is HGH a Safe Anti-Aging Supplement?

You may have heard of HGH or human growth hormone being used as an anti-aging supplement, and there are some who advise against it due to its supposed health risks. Human growth hormone is thought to be effective at preventing some of the effects of aging or slowing them down, and it is actually perfectly safe as long as the hormone is pure and the treatment is administered by medical professionals. Some of the characteristic aging symptoms include decreased muscle mass, bone density, and increased body fat percentage. A study published in the New England Journal of Medicine in 1990 found that older men who were given HGH injections had decreased body fat, increased muscle mass, and improved bone density. Several otherÂ studies have confirmed that the hormone is effective at reducing body fat and increasing muscle mass, and many patients report improvements with many other aspects of their health. Some of the other potential benefits of the hormone include reduced wrinkles, improved sleep quality, improved skin health and tone, increased energy levels, improved mood, shorter exercise recovery, increased sex drive, fuller hair, and faster recovery from illnesses and wounds. These benefits make the hormone an attractive anti-aging treatment that many people have started to seek online and at local clinics. Production of natural HGH reaches a peak  at the age of 20, and decreases every year thereafter. Starting at the age of 30, production of the hormone starts to decrease much more quickly, and the hormone production can decrease up to 14% every decade. This decrease can be noticeable and many aging symptoms that start to develop at around the age of 30 may be attributable to the decrease in hormone production, specifically HGH production.

Look out for unlicensed pharmacies that sell low quality hormones

Unfortunately, as with many other hormone treatments, there are several providers that offer low quality and unsafe treatments. Some of their treatments may be produced at pharmacies that have no medical oversight, especially overseas pharmacies. In most cases, HGH therapy is perfectly safe as long as the hormone is administered by a medical professional and sourced from a licensed pharmacy in the United States. Any other circumstance is potentially dangerous, as only pure HGH or a precursor like Sermorelin is thought to be safe to use for any form of anti-aging treatment. Those who are interested in using HGH for anti-aging supplementation should always consult with a medical professional prior to attempting any form of medically supervised hormone therapy or self-administered therapy. There are a few professional medical clinics such as Nu Image Medical that offer HGH therapy under the supervision of licensed medical providers.

At Nu Image Medical we screen every patient that wants to try HGH for anti-aging to ensure that it is safe for them to use. The hormone is safe in the vast majority of cases. We also use a precursor called Sermorelin which is a safer way to increase human growth hormone levels naturally. Sermorelin is a fragment of growth hormone releasing hormone (GHRH) and stimulates the anterior pituitary gland to produce HGH naturally. Sermorelin is thought to be a safer form of hormone therapy compared to the other methods used to increase HGH levels. Other methods such as direct injection of the hormone are not as ideal because it increases blood levels of the hormone potentially too quickly. Also, there is no better biochemical pathway for the hormone than the body's natural pathway, which is why Sermorelin has become a preferred hormone treatment for anti-aging and for those who have a human growth hormone deficiency. Nu Image Medical offers a full tele medical consultation as well as seven days of medical support after purchasing our HGH therapy program. We guarantee the quality of our hormone as it is produced at a licensed pharmacy with the latest medical equipment in the United States. The hormone can be purchased without having to visit a doctor's office and there is no wait time for the treatment as well. We are one of the few providers that offer HGH treatment online through a licensed United States source with a purity guarantee and with the oversight of medical doctors.

HGH therapy is safe when the hormone is bioidentical

If you do a bit of research you will find that the safety of the treatment is often debated. Some medical professionals think that it may lead to symptoms such as carpal tunnel, reduced natural HGH production, abnormal bone growth and other symptoms. This is generally true when the hormone is not bioidentical, or chemically identical to the hormone that the body naturally produces. There are a variety of synthetic forms of the hormone that have been created so that pharmaceutical companies can patent them. The natural hormone cannot be patented which means that there is no incentive for pharmaceutical companies to market it in its natural form. As a result, many of the treatments available use a synthetic form of the hormone that can cause a variety of unknown symptoms. These synthetic hormones have not been studied on a wide scale, so there is no way to know what their real effects are. Other treatments such as estrogen replacement therapy have also had a similar debate regarding their benefits and risks. The same holds true for estrogen replacement and testosterone replacement, both of these treatments are safe when the hormone used is bioidentical, but many of the negative health effects that patients have seen occurred when a synthetic form of the hormone was used. Many clinics and medical professionals continue to use synthetic hormones in spite of this, and as a result patients continue to experience negative health effects, while the clinics that use bioidentical hormones continue to have successful results with their patients with minimal to no health effects. The only major risk with HGH treatment is using a provider that does not have medical professionals on their staff and uses hormones obtained from unlicensed sources. Other than that, as long as a patient receives a medical clearance prior to starting human growth hormone therapy, it is perfectly safe. It can be one of the best ways to ward off aging symptoms, and many patients have experienced significant improvements in their health in just a matter of days after starting their treatment. Nu Image Medical has medical professionals who understand how to safely administer the hormone and will prescreen you to guarantee that the treatment is perfectly safe, and in the vast majority of cases it is. For more information on how to get started with human growth hormone replacement, or to ask any questions at all about the treatment, click here.