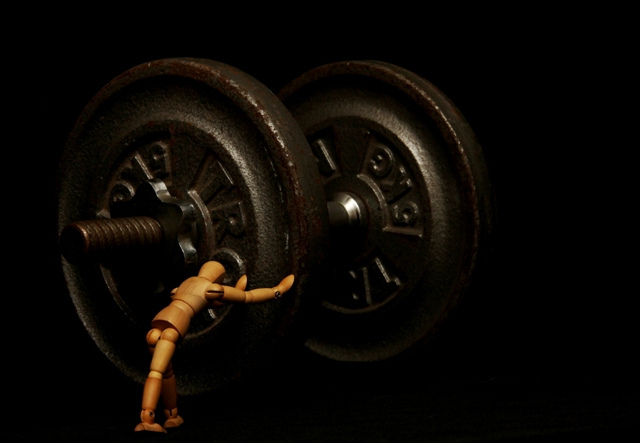 Hormone deficiencies are increasingly common as a result of a poor diet, genetics, aging and other factors that can decrease natural hormone production. Human growth hormone is produced by the pituitary gland naturally throughout life but starts declining at the age of 30 or even before 30 for some people, and there are several ways to increase your production of HGH naturally without having to take a supplement. There are, however, a wide range of different HGH supplements that have been developed for HGH deficiencies and anti-aging treatments, and these supplements have become a reliable option when natural production of the hormone declines for any reason.

As we age, we produce lower and lower amounts of growth hormone, and there are several consequences of this lower hormone production. Most of the HGH hormone products available through a medical clinic or prescription are created with protein secretion technology that results in 100% identical HGH. However, the quality of hormone products that are sold through unlicensed retailers or without a prescription is often questionable, and as a result there are hundreds of products that can be dangerous to use and made with unnatural ingredients.

HGH production is stimulated naturally in several ways. The brain naturally produces growth hormone during sleep, and when you get fewer than 8 hours of sleep per night, natural production of HGH can decline. HGH is also produced when fast twitch muscle fibers are activated, such as during short bursts of intense cardiovascular exercise or high intensity interval training. Studies have shown that high intensity cardio exercises can result in several hours of increased growth hormone    production. Muscle damage stimulates the pituitary gland to produce HGH. Also, several studies have shown that high levels of insulin are inversely related to HGH levels, meaning that the higher the insulin levels that a person has the lower their HGH levels will be. Insulin production actually suppresses the release of HGH, so many growth hormone    deficiencies are now being seen in younger people as the result of their diet.

The link between diet and HGH production

It is now known that diet plays an important role in HGH production. High glycemic index foods cause a rapid rise in blood sugar, which in turn causes an insulin response. Chronically high levels of insulin doesn't just lead to insulin resistance (diabetes), but it also can result in lower growth hormone    levels. Eating high glycemic index foods prior to bed can be particularly bad since HGH production increases during the evening. In most cases it is best to not eat anything right before bed, but if you are going to eat something it is better to eat a high protein snack rather than a carbohydrate rich meal. The carbohydrates that are not burned will be converted to fat, and the insulin rise can counteract HGH production. A medium to high protein diet that is low in high glycemic index foods and with plenty of natural fat is ideal to maintain optimal growth hormone production.

Patients who are interested in increasing their HGH production should be sure to exercise on a regular basis, and as previously mentioned high intensity interval training is one of the best forms of exercise to increase HGH levels naturally. However, protein consumption is also key because growth hormone    production requires a sufficient level of amino acids. Natural protein sources, particularly animal protein sources can be a great source of the amino acid building blocks needed to produce the hormone, but more importantly it provides you with a regular source of nutrients that are necessary for building and maintaining lean body mass and stabilized blood sugar levels. The best sources of protein are organic and produced without chemicals or pesticides.

Losing abdominal fat has many benefits, but one of the biggest benefits is that it can increase growth hormone  production levels. A high level of body fat is associated with a lower than normal HGH production level. Stomach fat is particularly bad because it produces inflammatory molecules and actually affects the endocrine system. Stomach fat is associated with insulin resistance, and insulin resistance is linked to a lower than normal HGH production level as previously mentioned. Losing stomach fat can reduce your chance of developing cardiovascular disease and can help you restore a normal cholesterol profile. Stomach fat is also associated with several types of cancer such as colorectal cancer. In general, losing weight will help you lose stomach fat and dangerous visceral fat, and although there is no way to specifically target stomach fat, the best way to do so is by dieting and focusing on losing weight all over.

Oral HGH supplements have never been proven to be effective at increasing your blood levels of HGH, and this is because of the fact that HGH cannot be absorbed from the stomach. Any orally ingested growth hormone    will be dissolved in the stomach and won't be effective, however there remains a wide range of supplements that can be purchased at retailers or stores that claim to have HGH in them. These supplements are not FDA approved and may contain potentially harmful ingredients, so it is always best to avoid them. Aside from HGH injections or compounds like Sermorelin that increase natural HGH production, there are few other types of hormone supplements that can actually increase growth hormone levels. Any supplements that are issued without a prescription are potentially dangerous and should not be used for any type of hormone therapy.

Topical supplements may not work either

There are also a wide range of different topical supplements and gels that have been released at retailers without a prescription. These supplements are not proven to increase HGH levels and may not actually contain any real hormone at all. Topical supplements often do not have the proper ingredients to ensure the delivery of the hormone, and there is no evidence to show that they can increase hormone levels unless they are developed at a compounding pharmacy. Even if a cream does contain hormone  , it is one of the least effective ways to increase hormone levels compared to injections of the hormone. Those who believe they may have a growth hormone deficiency should get a blood test at a clinic or a company like Nu Image Medical and enroll in a physician approved hormone therapy program.

There are several different human growth hormone secretagogues such as Sermorelin and growth hormone releasing hormone. These amino acids can be prescribed and injected to stimulate the production of HGH by the pituitary gland, and they are a safer way to increase hormone levels and are not thought to cause any significant side effects in comparison to direct injections of the hormone. Sermorelin is a 29 amino acid peptide that is a fragment of growth hormone releasing hormone that is functional and stimulates natural HGH production gradually over time. Sermorelin is used for patients that have an actual deficiency of growth hormone such as children with deficiencies as well as adults. Although the use of hormone secretagogues technically isn't 100% natural, it is a much more natural method of increasing hormone production compared to injections of the hormone which can result in a rapid unnatural rise in hormone levels. Click here for more information about how Sermorelin can help you restore lost HGH levels or to speak with a medical provider today to ask questions about our Sermorelin therapy program.