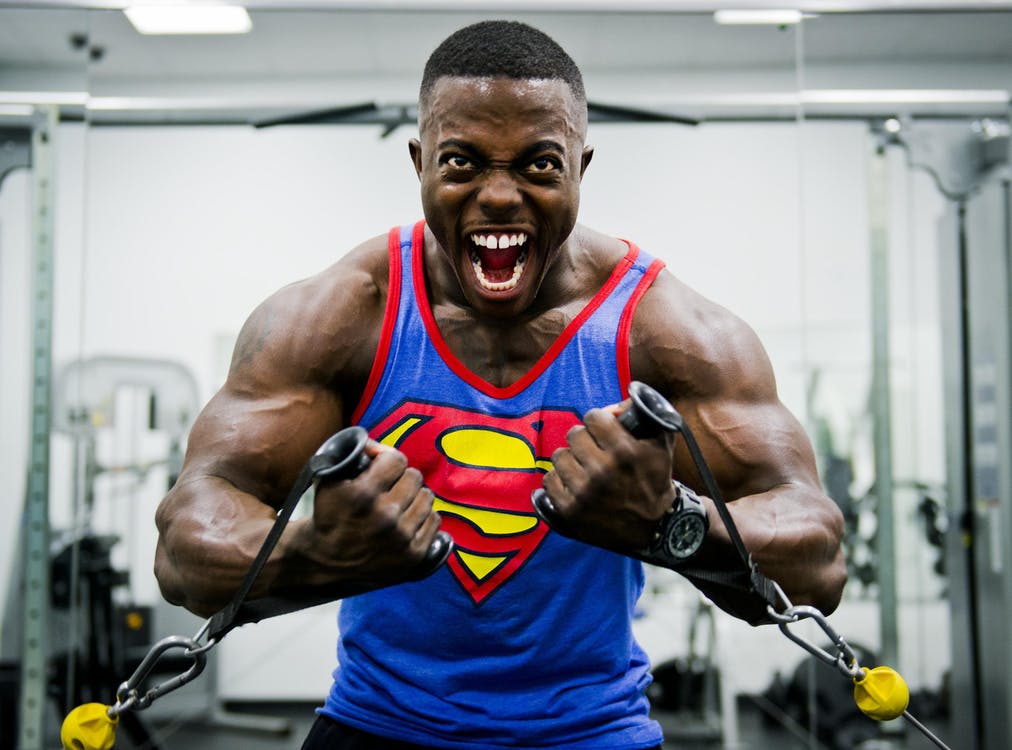 Insulin growth factor (IGF-1) is an anabolic hormone. It has been used alongside PED cycling regimes by athletes alike. We will further discuss the benefits, and some side effects for those who plan on using IGF-1 as a part of their regimen. The hormone is produced in the liver and has a similar structure pattern. As a child, IGF-1 is a primary booster in development and growth, and remains prominent in development through adulthood. Because of the benefits, athletes have started taking notice.

How IGF-1 works in action

IGF-1 shares several traits which HGH (human growth hormone) produces, and this is because HGH is a precursor to IGF-1; it signals the receptors as HGH binds to their receptors. Protein anabolism and muscle growth occurs because of IGF-1. Muscle hypertrophy (growth) and hyperplasion (formation of cells) are further promoted by IGF-1. Although growth won't be as significant as those effects of anabolic steroids, the hyperplastic effects of IGF-1 can't be overlooked.

Athletes have further taken interest in IGF-1 because of positive effects on cartilage repair and connective tissue repair. During rehab and heavy training sessions, it can greatly benefit in the recovery process. IGF-1 doesn't appear to be a cause for heightened fat metabolism, which is an issue with HGH. Body fat levels are maintained by IGF-1 users, even during heavy calorie intake periods, which can be attributed to the fact that IGF-1 maintains lower blood sugar levels in users. We'll further discuss this in the side effects section.

When discussing IGF-1, typically it is discussed in the LR3 variation. It has a short life of less than 10 minutes, and it is acutely unstable, and therefore typically isn't used by athletes. There are two popular variants (IGF-1 LR3 and DES), which both present superior qualities and benefits, are less sensitive, and far more potent in terms of the benefits it provides users. Further, both have a longer life, meaning they will provide sustained benefits to users.

Unlike the basic form which has a sustained life span of under 10 minutes, the variant of this LR3 form, has a half-day life cycle. This means hormones have more time to bind to receptors, circulate around the body, and exert positive benefits. It isn't necessary to perform injections to specific sites on the body, as the hormone has sufficient time to propagate, given the longer, half-day life cycle.

This is a shorter, yet more potent variation; it is more unstable than LR3, and only has a life span of about 30 minutes. Site specific injections are greatly beneficial, especially with athletes injecting muscles pre-workout. With high lactic acid build up, IGF-1 receptors are more accepting. By injecting the hormone, muscles will develop faster, and achieve greater results.

The site specific injections allow athletes to take advantage of biological responses which occur naturally during workouts. Lactic acid build up signals for the release of IGF-1 and HGH, helping repair torn tissues. This binds receptors and helps in the recovery process.

What are cycles (use), dosage, and best uses for IGF-1?

First and foremost, IGF-1 is intense, and only those with several AAS cycles should use it routinely. If you want to see similar results to those of using steroids, you won't see them with IGF-1 injections. Rather, Dianabol or testosterone cycles might be a better choice for those who want similar results (to steroid use). But, IGF-1 does offer a number of qualities athletes will benefit from.

IGF-1 will increase hyperplasia levels (cell growth), which no steroid can do. Trainers aren't limited by genetics any longer, and athletes can make the most out of their workouts as the number of muscle cells will increase during workouts. The hard to detect hormone will aid in performance and lessen recovery times, so even those with genetic limitations will benefit.

A good place to begin would be 40 mcg daily. Some resources suggest 100 mcg daily; but even the most intense athletes shouldn't take more than this dosage.

When using IGF-1 it should be injected intramuscularly. It produces a longer half life, to the direct muscle site which is being worked out. Typical cycles will last about 4 weeks. When used with anabolis steroids, effects are further amplified. You won't see specular results with IGF-1, rather you will see about 1/2 pound, to 1 pound muscle gain, over a prolonged period of time.

When you cease natural steroid cycles, natural testosterone levels are suppressed. This should be rectified immediately, via a process known as PCT. When you time the IGF-1 cycle and begin using it one week prior to ending the use of a steroid, this can provide the anabolic cover of PCT cycles. It can even result in further gains if properly cycled by trainers.

When administering IGF-1 DES, the dosage is typically 20 to 40 mcg daily. As you are injecting this form pre-workout, directly into the muscle group, it is a good idea to split the doses on both sides. This ensures both muscle groups are evenly benefited by the hormone, and will result in even growth patterns. (i.e. 20 mcg to left and 20 to the right).

Are there side effects of IGF-1?

The IGF-1 hormone is powerful and should be respected by trainers and athletes alike.

Some of the potential side effects include:

- And other side effects might occur with certain users.

It isn't encouraged for anyone to take illicit substances, it wouldn't be ideal to use IGF-1 if you, or family members, have a history of cancer. IGF-1 works similarly to insulin in that usage leans towards a hypoglycemic state. All users should note this, especially those who use/abuse insulin and plan to use IGF-1 as well.

Nausea and headaches are also highly noted as side effects, especially early on during use. In most cases, this side effect appears to be dose specific, so over time these issues might reduce with different users.

Where can I buy IGF-1 online?

IGF-1 has recently been marked an R&D, Research and Development ONLY drug from the manufacturers. We have temporarily stopped selling this drug until our legal team can get further clarification and we receive approval. Ipamorelin / CJC-1295 is the hot item at this time, and all our nationwide doctors have switched over to this product since. IGF1-LR3 is an amazing product because it increased your IGF1 levels which in return would boost GH levels. Our new product has similar effects with increasing your IGF1 levels and in return boosting GH levels. CJC 1295 is a synthetically produced peptide that can increase your plasma growth hormone levels. The main purpose of CJC-1295 is to boost protein synthesis levels and help fuel the growth of muscle tissues in the body. Many benefits will be derived by users who are incorporating CJC-1295 to their regimen; among these are:

It is used alongside Ipamorelin because of the synergistic effects and increased GH release levels.

An increase in growth hormone levels. These are naturally released by the pituitary glands, and as your body stops producing the hormone as you age, a supplement, such as Ipamorelin, can naturally help increase those dissipated levels.

If using it with CJC 1295, you can experience a correlation in increased muscle mass levels. With longer release periods, greater results are achievable. So, if you want to gain more muscle mass, or if you simply want to increase levels of lean muscle mass, you are going to realize these possibilities when you incorporate the use of Ipamorelin into your daily regimen.

Less downtime. You will recover faster, your body will recuperate faster, and you are back on your feet faster. So, you won’t experience as much downtime after a tough workout, letting you get back to your regimen faster.

Your skin, nails, and hair will look better. It can work to help fight the signs of aging, and you are going to look and feel younger. A younger, more jovial appearance is almost instantly realized among users who incorporate Ipamorelin to their workout and diet regimen.

Click here to get started with the new and improved version of IGF-1 which is the CJC1295/Ipamorelin blend!