How to Use Peptides to Lose Weight 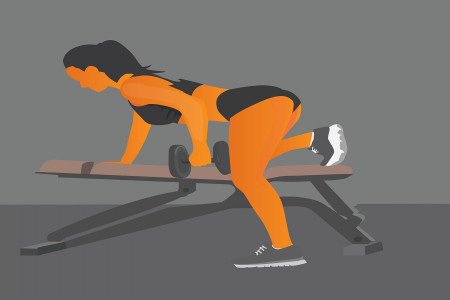 The number of individuals using peptides is steadily rising as more and more evidence comes out to support the claim that peptides for fat loss are a solid choice.

While there are some side effects associated with peptides, researchers are finding that the compound is both safe and effective for those looking to increase their athletic performance or lose weight faster.

If you've ever been curious about peptides, the risks, benefits and how they actually work, read on to have all of your questions answered.

Before diving into how you can use peptides for fat loss, it's important to know more about peptides themselves. In it's most basic form, peptides are short chains of amino acids. Amino acids are also found naturally throughout the body and are vital to its protein molecule.

New forms of peptides and peptide compounds are being discovered all the time, as they offer multiple benefits to the human body. While some use peptides for weight loss, as we will discuss here, some even use peptides for skin care and anti-aging.

To look at how peptides work, it's important to understand that their effects take place throughout the body, and it breaks down depends on the type of amino acid the peptide carries.

Some peptides once entered within the body, stimulates the pituitary gland and encourages it to release more Human Growth Hormone (often known as HGH) into the bloodstream. This process can reduce the effects of aging.

In some, HGH also increases the production of an insulin-like growth factor that is a vital part of lean muscle growth.

How are Peptides Taken?

Peptides are typically injected into the body through a syringe, however, there are new methods being developed that allows peptides to be introduced to the body without an injection.

Who Should Take Peptides?

Due to the many benefits associated with peptides, the injections can be taken by anyone who simply wants to look and feel better.

Many athletes turn to peptides to reduce recovery time for injuries and some choose to simply use it to lose those last 5 lbs. Whatever your reason may be, it's always wise to first check with a doctor to ensure that you are a strong candidate for peptides.

Because of the manner in which peptides are injected into the body and that the two can both be used to enhance muscle growth, peptides are often confused with steroids. However, the two are not the same.

The best way is to consider peptides not as a complete hormone but as a vital part of a hormone. If you were looking at a hormone tree, peptides would be the small twigs that grow off of the branches. However, they can still be used for burning fat, increasing energy and even having faster recovery from workouts.

There's ample evidence supporting the many benefits of increased Human Growth Hormone within the body. Some of these benefits include an increase in muscle mass, rapid decrease in fat loss and even protection from injury. While the effects may take more time then they would be with another compound like steroids, the benefits are vast and noticeable.

It's important to remember that peptides are not a magic fix, maintaining a fit physique and a healthy body means following a strong diet and exercise routine. The peptides are just there to help move the process along.

One of the most common uses for peptides is for fat loss, as the human growth hormone can assist in burning fat while exercising, eating, or even sleeping.

Since peptides have been used to increase energy for workouts or reduce the chance of injury, both athletes and those trying to lose weight are able to workout harder for longer greatly increasing the amount of fat they burn. The human growth hormone can also work along with the neurotransmitters to change how we react to our diet and make a shift to healthy eating even easier.

While peptides can offer a number of benefits, it's important to know that like most supplements they do come with their share of negative side effects. By knowing ahead of time what symptoms you may encounter, you can more adequately prepare.

Side effects of peptides may include:

Side effects are an important part of why it's so important to speak with your doctor beforehand to ensure that peptides are a good choice for you.

Where to Buy Peptides

As with anything that you put into your body, it's best to get peptides from a reliable source. Just buying them online without being 100% sure what's in them is not advised. Not to mention there are various types of peptides, and you'll want to first know which are right for your body and your goals.

For this reason, we strongly suggest speaking with a doctor instead of going and buying peptides on your own. They may recommend a brand called Myogenic, which is one of the more respected companies when it comes to peptides or they may introduce you to something new.

The Journey to Better Health

Just taking peptides for fat loss typically won't be enough to help you meet your goals, you'll want to reboot your health habits from the inside out to truly see a difference.

This means working on your diet and finding the right program for your body and needs.