How Long Does It Take to Lose Weight on HGH 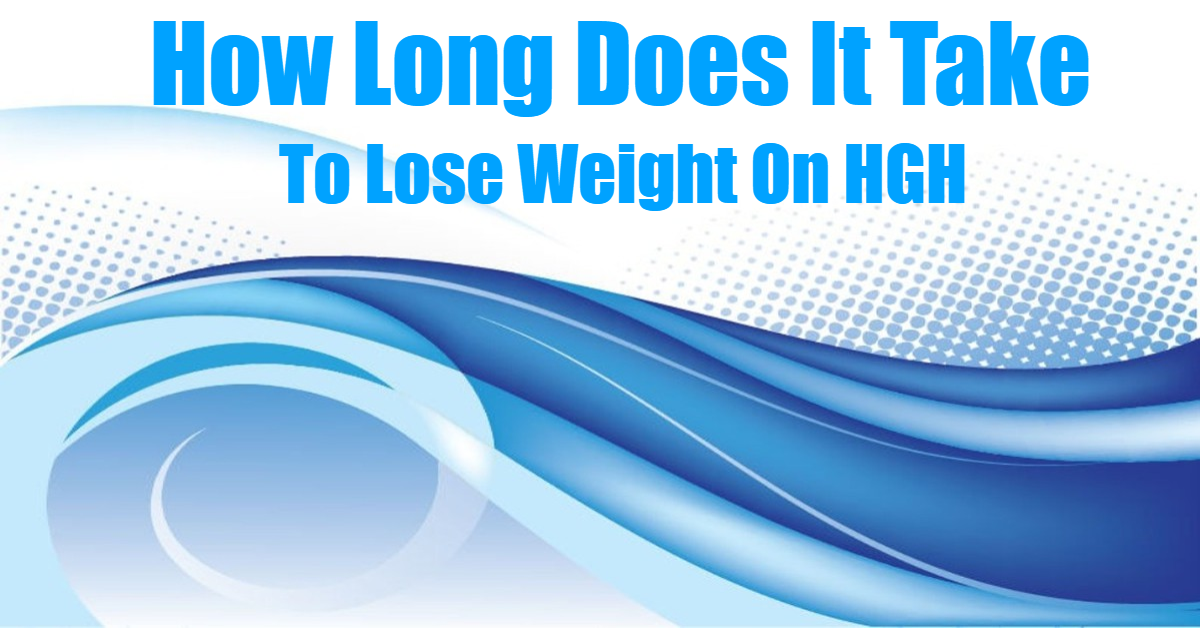 HGH therapy has become a popular way to lose weight as well as an anti-aging therapy, plus the weight loss that occurs with the therapy is relatively quick compared to other methods. Lose weight on HGH depending on how long the therapy is given and whether or not the patient is exercising throughout the therapy. The length of time required for weight loss with HGH depends on the amount of exercise, the patient's diet, and several other factors. Some studies have shown that patients who do nothing else but supplement with the hormone may end up losing some weight.

With Supplementation of HGH, Patients can lose up to 14% of Body Fat

HGH has been studied multiple times, one such study found that the hormone can result in up to a 14% reduction of body fat with no additional exercising or dieting. The study was performed on elderly men age 60-80 years receiving 3 HGH injections per week along with was a control group of 9 other elderly men. The study found that there was a decrease of 14% in body fat and an increase of 8.8% muscle mass with no extra exercise, and there was also a slight increase in bone density. HGH therapy can be used for weight loss without any additional exercise, however, for the best and quickest results, a diet or exercise in combination with the hormone therapy can result in quicker weight loss. In another similar study at the University of California San Francisco that took approximately 6 months, participants lost 13% fat mass and increased in lean muscle over 4%.

The weight loss that occurs with HGH therapy can take just a matter of weeks based on the results of these and other studies, but for the greatest amount of weight loss, the therapy may be continued for several months, based on the advice of the medical professional overseeing the diet. Most of the time, HGH therapy is used as an anti-aging therapy, and as a result, the amount of hormone that is used is minimal. There are also other options available such as Sermorelin therapy that increases hormone levels more gradually compared to straight HGH therapy.

Most people can expect to lose anywhere from 10 to 14% of their fat mass over a period of four to six months while supplementing with HGH, based on what previous studies have found. This weight loss is purely through the lipolytic effect of HGH. The hormone actually causes the body to start metabolizing fat at a faster rate, and it can reduce obesity even if the patient does not exercise at all. Obese individuals are often shown to also have lower than normal levels of HGH, so supplementing with the hormone can be effective for obese patients if advisable, and it may be a good alternative to more invasive or dangerous obesity treatments.

Growth hormone can reduce a person's fat mass by influencing two enzymes that are involved in lipogenesis (gaining new fat) and lipolysis, (the breakdown of stored fat). The two enzymes are hormone sensitive lipase and lipoprotein lipase. Growth hormone reduces the production of lipoprotein lipase, and lipoprotein lipase is the enzyme involved in building up fat stores. The hormone also reduces the number of free fatty acids that are taken up by adipose (fat) cells, and it increases the metabolism of free fatty acids which are usually stored by fat cells when they are not used for energy.

Abdominal fat stores can be reduced with growth hormone

One particularly beneficial effect of HGH therapy is that abdominal fat stores can be substantially reduced, and this, in turn, can reduce the risk of several different chronic illnesses including heart disease and diabetes. Abdominal fat has proven to be particularly dangerous because it is associated with heart disease, but growth hormone targets it specifically by reducing lipoprotein lipase activity in the abdominal region at a greater level than other parts of the body. As a result, the treatment can be a way to target the stubborn fat that is often difficult to lose around the midsection when other methods have failed. Another beneficial effect of the hormone is that it reduces the amount of free fatty acids in circulation in the bloodstream. Although the mechanism is not exactly clear, the more free fatty acids in circulation, the lower the production of human growth hormone to a certain extent. This is thought to be the main reason why obese individuals have a lower production of human growth hormone. They also produce a higher level of IGF-1 (insulin growth factor) which also inhibits the production of human growth hormone with its negative feedback mechanism, and the higher levels of insulin also reduce production of the hormone.

One of the more difficult challenges of weight loss is losing the first 5 to 10% of body fat, but this can be more quickly accomplished with the use of growth hormone therapy. The therapy can assist with natural weight loss without requiring exercise, although in many cases exercise and dieting are both advisable as they will result in quicker weight loss. Because of the fact that overweight individuals will have a lower production of growth hormone, they can often immediately benefit from hormone replacement therapy, and the resulting weight loss during the first few months of the therapy can be substantial. The therapy can be used as a stepping stone toward a healthier lifestyle and to help the body reset to a more natural metabolic state with increased fat metabolism and a higher lean muscle mass.

Although Growth Hormone can Reduce Fat, Exercise is Recommended

Many growth hormone treatment programs will last for several months, and during this period of time most patients will lose weight without any additional measures, but for the greatest amount of weight loss, diet and exercise are recommended. Both dieting and exercise can result in much faster weight loss under the supervision of a medical doctor, and the 10 to 14% expected fat loss can be increased substantially with the proper diet program.

Before anyone attempts any type of hormone supplementation program, they should receive a medical clearance. At Nu Image Medical we screen all potential patients prior to starting their treatment to ensure that our Sermorelin treatment program is right for them, and their hormone levels are measured through a blood analysis to determine the specific level of hormone deficiency. This is not only an important requirement to ensure that the treatment program is right for the patient, it is also important for safety purposes and to determine the proper dosage of Sermorelin or HGH. For more information about our Sermorelin (HGH) treatment program and how it can help you lose weight, click here.