How does HGH Anti-Aging Work? 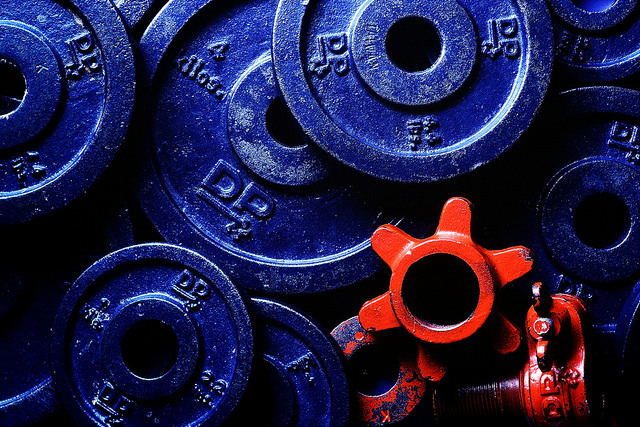 HGH replacement has become a popular anti-aging treatment along with many others such as testosterone replacement, estrogen replacement, and more. HGH in particular has proven to be a very effective anti-aging treatment because it addresses many of the fundamental causes of aging. Understanding how the hormone works to prevent aging symptoms is helpful for those who are interested in the treatment and may be wondering about its effectiveness and safety. HGH replacement is generally used by people who are aged 30 or older, but in some cases the hormone is prescribed to younger people who may have a deficiency due to a genetic disorder or other medical problem.

Growth hormone has a powerful impact on the body

HGH replacement has become such a popular and controversial topic because of how impactful the hormone is on the body. The hormone is involved in potentially hundreds of metabolic processes in the body, and its full function is still unknown by the scientific and medical community, although we have a good idea what it does.

Growth hormone stimulates the production of IGF-1 (insulin like growth factor 1), which in turn stimulates growth in almost every part of the body including skeletal muscle, cartilage, bone, liver, skin, nerves and lung tissue. Growth hormone directly stimulates cartilage cells to replicate, and it increases calcium retention and strengthens the bones. It also increases protein synthesis, encourages lipolysis or the breakdown of stored fat, increases muscle mass, stimulates organ growth with the exception of the brain, assist the liver with gluconeogenesis, and stimulates the immune system.

By taking an HGH supplement such as Sermorelin or low dose HGH, you can slow down the effects of aging dramatically. HGH starts being produced at a lower level starting at the age of 30, and the production of the hormone declines about 12% every decade. Those who start HGH therapy around the age of 30 or older are likely to experience fewer of the effects of aging. The decline in HGH that results from aging contributes to several aging symptoms such as skin wrinkles, a loss of muscle density, an increase in body fat, decreased bone density which can lead to fractures or osteoporosis, a loss of skin elasticity and more.

By taking an HGH supplement, patients can prevent themselves from getting these symptoms, maintain a healthy body fat percentage, and protect their bones from a loss of density that can contribute to several different mobility issues. Some medical professionals believe that there are risks to HGH therapy, however not every treatment is the same; some hormone treatments are associated with fewer risks because they stimulate the body to produce HGH naturally, such as Sermorelin.

Many adults are not aware of the fact that they have a growth hormone deficiency, and by taking some form of HGH therapy they can reduce many of their aging symptoms. Growth hormone deficiency is more common than most people think, and with a simple blood test, adults can find out whether or not they have a deficiency and also get information about recommended treatments. There are a variety of anti-aging clinics around the country, and each one will have their own preferred HGH replacement therapy.

Most clinics use HGH or Sermorelin therapy, both of which are useful in different circumstances. Adults with a minor deficiency can usually benefit from trying Sermorelin therapy, which results in a gradual increase in HGH production. In some cases HGH therapy may be preferred, such as for children with a major deficiency that cannot be corrected with Sermorelin, but the majority of adults should most likely use Sermorelin for HGH replacement.

There are two major types of hormone therapies that are used for HGH replacement: Sermorelin and HGH therapy. Sermorelin is an HGH secretagogue, or an amino acid that stimulates the brain to produce HGH naturally, while HGH therapy relies on the usage of synthetic HGH injections.  The direct injections of the hormone that are used in HGH therapy have a quicker impact on the body, but it can be easier to overdose on the hormone when this type of treatment is used, especially when the patient purchases their own hormone without a medical consultation. Sermorelin therapy is often the preferred hormone replacement method that is used by many clinics because it is not known to be associated with major short or long term risks, and it can be prescribed to most adults without any issue.

The clinical use of HGH therapy is only considered to be ethical and legal when there is an actual deficiency of the hormone. That is why the Sermorelin therapy program at Nu Image Medical starts off with a blood test to check each patient for their HGH levels so that the proper dosage is selected and so that the patient can be approved for the treatment. Many adults over the age of 30 will have some level of deficiency unless they are actively exercise or participating in a sport to keep their HGH levels high. Those adults often will not be advised to start on any type of HGH replacement treatment, but those people are few and far between and many older adults can benefit from some form of hormone replacement, even if it the dosage is minimal.

In order for adults to get the most out of their hormone replacement therapy, it usually continues on for several months for the most health benefits. The effects of aging occur over a long period of time, so in order to reverse them or treat them, several months of treatment are often preferred and beneficial. Either low dose Sermorelin or human growth hormone can be given over several months without major side effects, and as long as the dosage is correctly measured there are not any known major risks. Most of the stories of health problems such as edema, hypertension, carpal tunnel, or acromegaly or other problems are associated with the improper usage of the hormone, such as in the case where patients self-administer their own treatment plans without the supervision of a medical doctor.

The quality of the treatment program is important to consider

With hundreds if not thousands of HGH products currently available, patients must be careful when looking for hormone replacement treatments. The only safe and clinically approved way of treatment a hormone deficiency is to receive a diagnosis from a licensed medical provider as well as a prescription for Sermorelin or HGH. Patients who seek their own treatment options have no guarantee that their treatment program will be safe, that the hormone product will be effective, or that the dosage for the hormone will be accurate and safe for them.

Most of the negative stories that people hear about HGH therapy come from patients who try to administer their own hormone replacement without consulting with a medical provider. These patients often take a very high dose of the hormone on a regular basis, and as a result they experience some of its negative side effects. The Sermorelin therapy program at Nu Image Medical is administered by a licensed medical clinic and is a safe and effective hormone replacement options for interested adults. If you are over the age of 30 and believe that you may have a growth hormone deficiency, contact Nu Image Medical today for more information about our Sermorelin therapy program.