How Does Aging Affect Hormone Production? 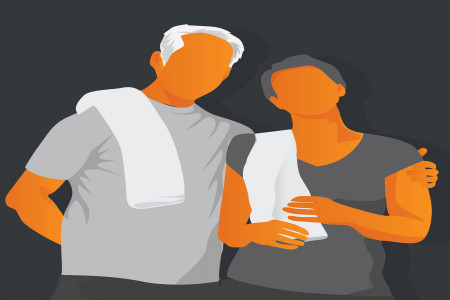 By the year 2030, the entire baby boomer population will be over the age of 65. That means 1 in 5 people will be old enough to retire!

Aging is something we expect to happen. It's a normal part of life. What we don't expect are the changes that come along with it.

We can't avoid aging, so we may as well embrace it. And that means understanding what happens during the aging process. That includes hormone production in our later years.

There's some science behind how aging affects the hormone process. Let's uncover how it functions and what happens when aging intervenes.

Let's start with an explanation of hormones. Hormones are a substance produced in glands and tissues throughout the body.

They are released into the bloodstream to control processes that happen within your body. Hormones communicate with specific organs and systems to control body functions.

As we age, hormones are not released with consistency by those glands. The level of hormones in the bloodstream can increase or decrease. So, the signals that our body systems are expecting from hormones begin to change.

Why do the hormone levels in our bodies change during aging? That has to do with the endocrine system and its ability to function.

The endocrine system is the select group of organs and glands that control your hormones. They release those hormones on schedule to perform their tasks. But, as we age, those systems do not function the way they used to.

The organs and tissues become desensitized during the aging process. They fail to release hormones on a normal schedule. This causes hormonal imbalances.

Some hormones increase during the aging process while others decrease. Sometimes, one hormonal change can cause another to change, as well. It depends on the hormone at work.

Here are some of the hormones that change during the aging process.

Hormones that increase with age include:

Many of these hormones increase in response to a decrease in other hormones. They try to pick up the slack, in a sense. Some increasing hormones can lead to diseases, like osteoporosis.

They have an effect on our sleep cycles, reproductive functions, and even muscle mass.

Hormonal changes in men and women are different. Especially related to reproductive functions. Here are some of the differences in male and female hormone production.

You've heard of menopause, but do you know why women experience it? There are two main hormones, estrogen and progesterone, that slow down after the age of 50. These are reproductive hormones. Yet, they affect a lot more than the reproductive system.

It causes some frustrating symptoms in a woman's body. Symptoms like mood swings, depression, weight gain, fatigue, and hot flashes. Severe deficiencies can lead to osteoporosis.

Like women, men experience a loss in a reproductive hormone after the age of 50. When this hormone, called testosterone, decreases it causes some irritating symptoms. These include erectile dysfunction, mood changes, muscle loss, fatigue, and weight gain.

Sexual health in both sexes declines during the hormonal changes brought on by age.

Low libido can affect how you feel desire and interest in sex. Women may have dryness and pain during intercourse. Men may not be able to perform at all due to erectile dysfunction.

These symptoms have a staggering effect on lifestyle and general happiness. Living with it is not a great option.

There is an alternative for living better while aging. Look into hormone replacement therapy to help manage these symptoms.

The best way to live better later in life is to treat the problem. If the problem is a decrease in hormonal production, then the answer is to replace those hormones. Here's what you need to know about hormone replacement therapy.

We call HGH the fuel for your cells. HGH aids in the production of new cell growth, something that declines in later years.

You may notice hair loss, lack of energy, and a decrease in muscle definition. Your memory may become foggy, and you could suffer from mood swings. You can improve these by replacing your HGH up to normal levels.

HGH replacements are safe to use, but you'll need to follow the dosage recommendations. Always take them while under a doctor's supervision.

To understand why it works, you'll need a little background on peptides. These are amino acids that are strung together to create proteins. They function like the hormones you've lost.

This improves your body's performance as it ages. You'll lose weight, keep muscle mass and gain energy. Here are two peptides that you can take as hormone replacements.

Sermorelin is not a hormone, but it works like one. It communicates with the pituitary gland, encouraging production of your natural HCH. Your HCH levels return to a normal level, which prevents some side effects of the aging process.

Created with 5 amino acids, Ipamorelin increases cell production of your natural HGH. It stabilizes and maintains the natural release patterns of HGH. Like Sermorelin, you'll see improvements as your HCH returns to normal levels.

LiveÂ Better At Any Age!

You can't completely reverse the aging process, but you can slow it down and manage it! Return to a life of youthful enjoyment.

Understanding how hormone production changes with age is a great step. Replacing those lost hormones is an even better one.