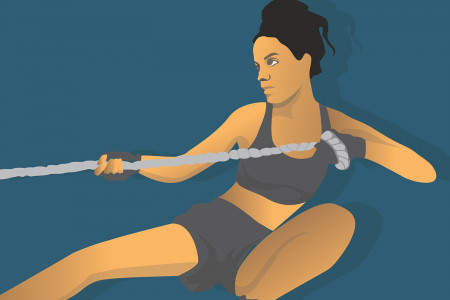 You may have heard of the many benefits of human growth hormone (HGH) replacement. This therapy offers anti-aging properties and improves your overall well-being. Sermorelin acetate may be an even better solution to growth hormone decline than actual replacement, however.

This amazing compound is not a hormone substitute. Rather, it works with your body to increase levels of your own growth hormone.

To learn more about the differences between sermorelin therapy and HGH replacement, read on.

What Is Human Growth Hormone?

Human growth hormone is a chemical produced in the brain that has a crucial influence on metabolic functions and tissue repair. Additionally, it plays a role in the maintenance of normal levels of blood glucose.

In children, growth hormone is critical for the growing process. It facilitates rapid bone, muscle, and tissue development.

Growth hormone is produced by a structure in the brain called the pituitary gland. This gland controls the function of all endocrine glands throughout the body. These include the:

The pituitary gland makes and releases hormones that are responsible for the repair and growth of tissue. But it doesn't work alone.

The hypothalamus releases hormones that prompt the pituitary gland to release human growth hormone. It also controls the release of thyroid and sex hormones. It is the growth hormone that is largely responsible for optimal tissue renewal.

What Is HGH Replacement Therapy?

HGH therapy is the administration of synthetic growth hormone to those who show signs of a deficiency. Signs of HGH deficiency include:

There are some side effects that can occur with this therapy. These can include:

Most people tolerate HGH replacement very well. But there are alternatives that facilitate the increased release of your own HGH. Sermorelin acetate is an excellent alternative to growth hormone replacement.

Sermorelin acetate is not a synthetic form of HGH. Rather, it is a chemical that is almost identical in structure to a chemical in the body known as growth hormone releasing hormone (GHRH). GHRH is released by the hypothalamus to stimulate the pituitary gland to produce and release its own human growth hormone.

Sermorelin is a string of amino acids, also called a peptide. It is biologically active and binds to receptors on the pituitary that stimulate HGH secretion.

The results of using HGH replacement therapy and sermorelin acetate are similar. There is a difference in their mode of action.

Sermorelin isn't a synthetic form of human growth hormone. Since sermorelin peptides are an analog of growth hormone releasing hormone, they act on receptors in the brain instead of throughout the body. Sermorelin allows the pituitary to release more of its own natural hormone.

This approach may be much more beneficial than direct growth hormone injection to counteract adult-onset HGH decline. It also eliminates the possibility of HGH overdosing.

Hormones are dependent on delicate feedback loops that can be disrupted with the direct and constant influence of a synthetic hormone. Sermorelin therapy ensures that HGH release is naturally intermittent.

Sermorelin also acts to protect and preserve the pituitary gland from failure due to aging. It does this by acting on a genetic level to stimulate the transcription of human growth hormone messenger RNA. Messenger RNA are molecules in cells that carry DNA codes from the nucleus to sites of protein synthesis within cells.

Because sermorelin stimulates normal hormone processes, the body continues to respond to the doses. Instead of replacing hormones, it encourages the preservation of structures that produce them.

An increased level of growth hormone in the body makes a huge difference. By using sermorelin to boost this hormone, you can feel better and fight the effects of aging.

How Is Sermorelin Administered?

Sermorelin acetate is administered via injection. It is injected using an insulin needle, generally, into the area of your abdomen that has a layer of fatty tissue beneath the skin. The navel area is to be avoided.

As with any treatment, sermorelin may cause side effects in some people. These can include:

Most people who use the recommended dose of sermorelin experience minimal or no side effects.

Sermorelin Therapy for Health and Well-being

Sermorelin acetate works with your body to increase levels of human growth hormone. Growth hormone decline that occurs with aging can cause a range of health issues. Increasing the pituitary's ability to produce more of its own HGH can lead to improved health and well-being.

Are you interested in learning more about the benefits of this amazing therapy? If so, we're here to help you. Explore our blog for informative articles or contact us today to begin your journey to wellness.