HGH vs Peptides - Which is Better? 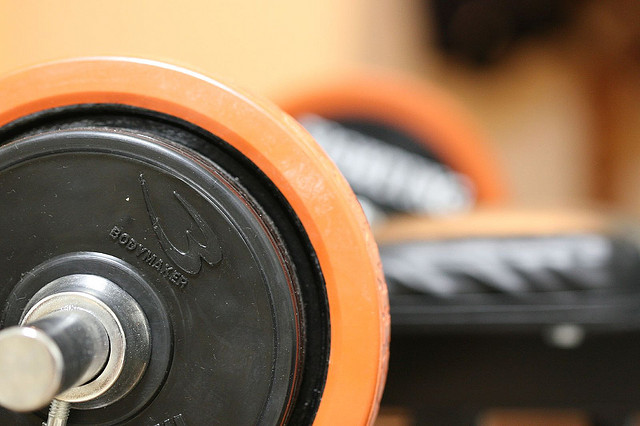 HGH has many differences compared to peptides (Sermorelin), and people who are interested in bodybuilding and anti-aging have wondered about the differences between the two. Peptides like Sermorelin have more of a gradual effect on the body, while HGH has more of an immediate effect. HGH is a peptide, however all peptides are not human growth hormone. Peptides like Sermorelin have become a popular alternative to HGH because they are not thought to have the same side effects. Injecting pure HGH can result in a wide range of negative health effects, some of which can be dramatic if the quality of the hormone is questionable. Taking peptides can reduce the chance of these negative health effects from occurring and help alleviate your concerns about HGH if you have any. Sermorelin has proven to have many of the same positive health benefits of HGH, and it is also usually priced less than HGH.

Sermorelin takes more time to work than HGH. The side effects of the peptide are minimal compared to HGH, but you can expect for it take anywhere from one to three months before it starts working. HGH has more of an immediate effect because larger quantities of the hormone have more of an immediate effect on the body. It causes the pituitary to release HGH gradually over time, and it can take a few weeks before it starts to have an effect, depending on the person. Some people feel the effects very quickly. Sermorelin has the same positive effects of HGH, but essentially HGH offers those same positive effects at a faster rate. For those who are more patient, peptides like Sermorelin can offer a safer and more effective alternative to HGH.

HGH has complicated side effects

The quality of human growth hormone that is used for HGH anti-aging, bodybuilding or other purposes can have a significant impact on its side effects. The side effects of HGH are quite substantial especially when a low quality hormone is used. Only hormones produced at licensed pharmacies can ever be considered safe for hormone replacement or supplementary, however many people purchase HGH at foreign pharmacies or unlicensed pharmacies, and end up suffering negative side effects. The side effects can be quite substantial and the research on the topic has not fully clarified what the long term effects of HGH supplementation are. Although most people suffer few if any negative side effects with HGH, there are a small number who do, and these people may have been better off trying peptides from the beginning if they were particularly sensitive to the effects of human growth hormone.

Sermorelin has a sustaining effect

You don't need to take Sermorelin forever in order to get its benefits; it has more of a long term sustainable boost in HGH compared to actual HGH injections. Sermorelin stimulates the brain to produce more natural HGH, and although it can take time for this effect to occur, once the increased production of HGH starts occurring it will last for several weeks or even months afterward, even if Sermorelin injections completely stop. On the other hand, HGH injections can cause the body to actually shut down its regular production of the hormone quite a bit, and this effect may not be recoverable without treatment or continuing to inject HGH. You don't want to have to rely on either HGH or Sermorelin for too long of a period of time, and Sermorelin therapy offers you the opportunity to stop injections once your natural hormone levels have returned.

If you have done some research on the subject, you will find that HGH is heavily regulated compared to Sermorelin. There are several reasons for this; mainly because there has been much more abuse of the hormone in comparison to HGH releasing peptides which take a long time to work and have more of a natural hormone boosting effect. The regulations with HGH can make it somewhat difficult to obtain unless you get approval from a licensed clinic after being evaluated for your hormone levels. These regulations do not exist with Sermorelin because it is a much safer method to increase your hormone levels. You don't want to break the law by purchasing HGH from a business that is not licensed to sell it, but if you buy Sermorelin from a licensed clinic like Nu Image Medical it is perfectly legal and you won't have to worry about regulations.

The full effects of HGH injections on the pituitary gland are not fully known. It is known that by taking the injections of the pure hormone that you can shut down your natural production of human growth hormone. The effect can be substantial for some people who are sensitive to the hormone. Sermorelin on the other hand supports healthy pituitary function, and production of human growth hormone will not stop once you stop taking Sermorelin. It can help to restore human growth hormone levels that can decline as the result of aging. If you are concerned about the negative effects of HGH on your pituitary at all, you should definitely consider using Sermorelin instead, and it can prove to be much healthier for you in the long term. In the vast majority of circumstances, taking HGH is a bad idea unless specifically recommended by a medical provider.

Sermorelin can help you accomplish your anti-aging goals

When you are trying to reduce the effects of aging, improve your muscle mass, lower your body fat, and accomplish your other anti-aging goals, Sermorelin can be a great option for you. Its effects are more gradual however it has the same positive benefits that HGH therapy has without the negative side effects. You can expect to gain more muscle, to recovery faster from exercise, to have higher energy levels, lower body fat, better skin and hair, and other health benefits when you take Sermorelin. HGH can offer the same benefits but not without the risk, and although Sermorelin takes a bit longer to work it is much safer. If you have a hormone deficiency or are considering starting HGH injections, first talk to your medical provider to see if you are a good candidate for Sermorelin therapy. The chances are that you will be a good candidate, and because of the fact that it is safe and legal it can be superior option. For more information about Sermorelin therapy, talk to a medical provider at Nu Image Medical today.

How long does it take to lose weight on HGH?