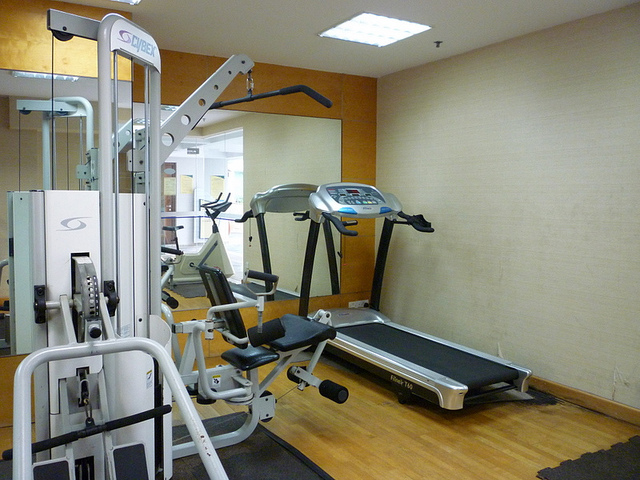 Sermorelin therapy is becoming more popular because of its many health benefits, and in particular it has several anti-aging benefits that make it an attractive therapy option. The anti-aging benefits of Sermorelin are many - it increases HGH production back to a normal level after the production of the hormone starts declining. At the age of 30, HGH production begins declining every decade of life, and this decline can cause many aging symptoms such as muscle loss, increased body fat, a loss of skin elasticity and wrinkles, energy and libido loss, and many other symptoms. Sermorelin therapy is known for its ability to reverse or prevent these symptoms, and people are starting the therapy at a younger ages because of how effective it is.

One of the main benefits of Sermorelin is that it helps restore youthful muscle mass levels. HGH is one of the most important hormones involved in muscle growth, and the resulting decline in the hormone can cause muscle loss to occur starting at the age of 30. Sermorelin is useful for restoring that lost muscle; as it stimulates the body to produce more HGH, exercise recovery occurs faster, and the same type of muscle growth that a younger person would experience is restored with regular Semorelin treatments. The resulting muscle mass increase can be substantial, and several clinical studies have proven the effectiveness of HGH therapies like Sermorelin therapy at restoring muscle mass and increasing exercise recovery.

One of the main aging symptoms is reduced energy levels. Sermorelin therapy corrects that, as the resulting increase in HGH production helps increase natural energy levels. Workout recovery does not take as long as usual, and the energy boost from exercise lasts longer. Cell recovery and growth happens at a faster rate, and fat metabolism increases. Many people who try the therapy also experience renewed mental and visual clarity, which can often feel much like an energy boost. Also, people are less limited by chronic conditions such as arthritis or body aches, and they may recover from these chronic conditions or their symptoms may improve because of the tissue repairing effect that HGH has.

Another effect that Sermorelin has which can have major health ramifications is that it helps to reset a normal sleep cycle. Your sleep cycle can be disrupted as you age by many different things including nutrition, a lack of exercise, and your hormone levels. Many people who start on Sermorelin therapy notice that their sleep cycles start to return to a more normal level, and they also get a much better quality of sleep. Although it is not clear exactly how HGH is tied into sleep cycles, there are studies being performed, however many people have reported that their quality of sleep starts improving dramatically once they start on a Sermorelin treatment, and improved sleep may be one of the many side benefits that you receive from the treatment.

Sermorelin helps to increase HGH production in the long term

One of the main advantages that Sermorelin therapy has compared to HGH therapy and other hormone therapies is that it increases production of the hormone over a long period of time, even after the treatment has completely stopped. Sermorelin stimulates the body to produce its own HGH, and the body will continue producing HGH at a higher level even after the treatment has been stopped. The higher level of HGH production may continue for several months after treatment has been ceased, and this benefit is not usually seen with HGH therapy. HGH therapy results in a quick boost of the hormone so that it is available to the tissues, but it can actually result in a slowdown of natural production of the hormone due to a feedback loop. This feedback loop is avoided with Sermorelin therapy, since it is a precursor to HGH, not HGH itself.

Another one of the main symptoms of aging is reduced fat metabolism. Sermorelin helps the body burn fat and helps to restore a more youthful fat metabolism. This can have a wide range of both short term and long term health benefits. Not only will you look better, but you will be at a lower risk of several diseases including heart disease, diabetes, hypertension, and many others. Weight reduction and maintaining a normal weight is incredibly important as a person ages, and Sermorelin helps with that tremendously. Many patients do not need to perform additional exercise when supplementing with the treatment and they still often experience rapid fat loss.

The decline in HGH that occurs with aging can make you more susceptible to several illnesses that you had more resilience to when you were younger. Sermorelin therapy can help prevent against the increased susceptibility to illnesses like the flu and the common cold as you age. You will find that you have to take less time off of work each year due to illness, and many people find that they don't get sick as much as they used to. Even if you do get sick, your recovery will usually be much faster when you take Sermorelin because HGH assist the body in recovery from illness and repairing damage.

Another one of the major effects that Sermorelin has is that it can improve your cognitive abilities dramatically. Many patients find that they can think more quickly and clearly, and although it is not clear exactly how HGH is involved in cognition, the effect is quite widespread and is very common. HGH may even be protective against neurodegenerative disorders, but more research in this area is necessary to confirm it. Regardless of whether it can protect against cognitive decline or not, there is no doubt that it can improve your short term cognition and increase your mental clarity and focus, and that is an additional side benefit that you are very likely to experience when on the treatment.

The treatment results in an increased bone density and a reduce chance of bone loss as you age, and this is very important because osteoporosis and other bone disorders are a major source of disability and injury for older adults. If you start Sermorelin therapy when you are younger, you are much less likely to have these conditions which can be disabling and painful. HGH is proven to increase bone density substantially, even for patients who have already experienced a decline in their bone density.

If you are considering Sermorelin therapy, it is important to pick a provider that has medical professionals on staff who can check your current blood levels of HGH to prescribe the appropriate dosage of the hormone. It is also important to pick a program that uses pharmaceutical grade safe Sermorelin for their treatments. Nu Image Medical offers you all of this at an affordable price for its treatment program, and for more information about the health benefits of the Sermorelin therapy program at Nu Image, click here.