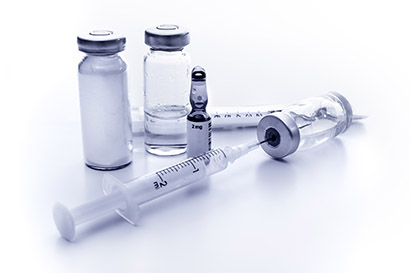 Human growth hormone (HGH) is a naturally occurring hormone produced by the pituitary gland, and the natural production of the hormone occurs throughout a person's life and starts declining right around the age of 30. At the age of 30 most people have very few signs of aging, but at the age of 50 and 60 the signs of aging start to increase. By the time a person reaches the age of 30, they have spent most of their lives with high levels of HGH production. HGH is necessary for the rapid growth that occurs during childhood and adolescence, and high levels of HGH continue to be produced into adulthood but start declining at a rate of about 15 percent per decade at age 30.

Human growth hormone helps the body repair some of the damage related to aging, but not all of it. The hormone is not a miracle fix for aging, but it does reverse quite a bit of age related damage. Even if you were able to maintain the same levels of HGH that you produce at the age of 21, it would not reverse every effect of aging. HGH therapy can do quite a bit, however, including the following:

The hormone also stimulates the production of new red blood cells, and it can even help regrow parts of certain organs that may have started to atrophy or become damaged with age. The hormone is limited in its capability to reduce age related damage, and it takes much more than just a hormone to maintain youthfulness. Diet is also very important, and your diet should be rich in fruits and vegetables which are high in antioxidants. HGH cannot protect against the damage to skin resulting from ultraviolet exposure, and it cannot reduce the effects of oxidation related damage completely. It can alleviate some of the effects of oxidation related damage, but a diet rich in antioxidants is just as important as supplement with human growth hormone. The hormone also cannot increase a person's maximum lifespan.

HGH production is controlled by several other substances and conditions

HGH therapy can be recommended as early as the age of 30, and some people such as athletes or bodybuilders use the therapy at even younger ages than this. Most of the time the therapy is useful for a person at least aged 30 or more, because at this age a deficiency in the hormone may be measurable. Most clinics, including Nu Image Medical, will only recommend the therapy after blood hormone levels have been tested and a deficiency has been shown. It is not necessarily a good idea to use human growth hormone for athletic purposes or for bodybuilding, as it is potentially harmful to use it as a supplement when there is no deficiency. It is best used as an anti-aging treatment, and those who are training should stick to a natural protocol in the vast majority of circumstances, unless they have a biological deficiency with their natural hormone production for some reason.

Sermorelin is a safe way to increase HGH production naturally

Sermorelin acetate is a compound that increases the production of human growth hormone, and it is known as a HGH secretalogue, or a compound that stimulates the pituitary gland to release more human growth hormone. Sermorelin therapy is a safer and often more effective way to increase natural HGH production levels rather than injecting HGH directly.Â Sermorlin is normally combined with GHRP-2 and GHRP-6, both of which are thought to also increase production of HGH. The main benefit of using Sermorelin therapy is that it does not have very many if any side effects. The treatment has fewer side effects than human growth hormone therapy because it does not cause hormone levels to rise quickly; instead it stimulates the body to produce its own natural HGH. It is thought that many of the negative side effects that people have experienced with HGH therapy have resulted from using a synthetic hormone. When Sermorelin therapy is used, the brain releases its own human growth hormone, and tissues do not become oversaturated with the hormone or undersaturated, which can occur with HGH therapy. Synthetic hormones should always be avoided; it is thought that these hormones can contribute to some of the serious side effects that some people have experienced such as abnormal bone growth, carpal tunnel, and various other symptoms. These symptoms can be avoided when a natural treatment like Sermorelin therapy works. Side effects occur whenever synthetic hormones are used for any type of hormone therapy, it is always recommended that bioidentical hormones are used, and the Sermorelin therapy offered at Nu Image Medical is bioidentical not synthetic, and it is one of the safest and highest quality treatments available.

If you think that you may benefit from Sermorelin therapy, one of the first things that you need to do is get a blood test done, and then you need to find a licensed provider that offers the therapy. Nu Image Medical has medical doctors on staff with several years of experience in offering Sermorelin therapy, and we have an affordable program that is much less than what you would have to pay at a local clinic, however the quality is just as good if not better than what you would find at a local clinic. Our medical doctors are highly experienced with this hormone treatment and will advise you on your best course of action if you think that you have a deficiency or if you are considering the treatment. Nu Image Medical has expert medical staff and offers Sermorelin therapy for those who are interested. To get more information about the therapy, contact Nu Image Medical today, and our medical staff is available to answer any questions that you may have at all about the treatment and how it may benefit you, especially if you believe that you may have a hormone deficiency.