Everything You Need to Know About Sermorelin 2018 Update 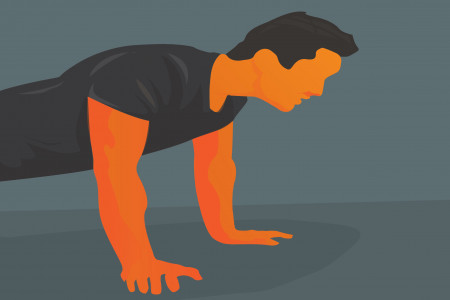 There are many reasons an individual may use Sermorelin as a hormone treatment. For children and some adults who suffer from growth hormone deficiency, it can help them achieve an appropriate height and size. Athletes and bodybuilders may incorporate it to help them reach their body mass goals. Some people may begin hormone therapy as a way to combat the effects of aging. Regardless of the reason, here is everything you need to know about Sermorelin before starting a treatment regimen:

Sermorelin is a growth hormone-releasing factor, not a hormone. This peptide analogue stimulates the pituitary gland. It has been engineered to excite the natural production of Growth Hormone Releasing Hormone. Also known as GRF 1-29 NH2, it is made up of the same 44 amino acids and polypeptides that the body uses to stimulate the release of the growth hormone. It is produced in the cells of periventricular arcuated neurons, which is where the chemicals that activate puberty and the reproductive functions originate.

Scientists have been analyzing GHRH for many decades. Dr. Daniel Rudman investigated sermorelin as an instrument for anti-aging processes. He used medicinally-fabricated HGH shots to replicate everything generated naturally in the human body's pituitary gland. Considering Dr. Rudman's first findings, further studies have affirmed that not only does HGH retard aging, it also reverses the process. HGH affects virtually every cell in the body, helping to regenerate heart, liver, lungs, kidney bones and skin to youthful levels. Lipid profiles are enhanced, while stroke and heart attack factors are reduced. The outcome is increased mood and energy levels, fewer wrinkles and less stiffness and overall pain.

In the 1980s, Dr. William Wehrenberg was looking at peptides, GHRH in particular, with the goal of identifying which part is necessary to excite a pituitary gland response. After eliminating single amino acids, his research demonstrated that 29 acid chains were accountable for the essential reaction. This makes it suitable for use as a treatment for growth hormone deficiency. Sermorelin therapy raised the volume that the stimulated pituitary gland creates, which is later transformed by the liver into IGF-1.

Growth hormone replacement therapy can be used to benefit a wide range of individuals with growth hormone deficiency. In children, the use of sermorelin resulted in catch-up growth in those who were developmentally lagging.

In adults, it is used in conjunction with other elements to reverse or hinder the biological and physical signs of aging. For example, it may be utilized in combination with testosterone for men or with estrogen for women. Due to its slow, steady secretion rate, studies have shown that sufficient levels promote restorative sleep. The intensity and amount of non-REM sleep, which causes dysnomia and insomnia, is reduced.

What Is Growth Hormone Replacement Therapy?

With the creation of synthetic hormones, peptide analogues, and secretagogues, supplies were unlimited. Due to its ready availability, the recombinant human growth hormone has become the drug of choice for two reasons: its efficacy and because it avoids the risk of transmitting Creutzfeldt Jakob Disease, which is a slow-moving virus that was spread by way of using hormones from cadavers.

Although it was initially used in childhood GHD scenarios, rHGH was adopted for use in GH-deficient adults in the United States, many European countries, and New Zealand in the 1990s. This move was made as over time, it was found that those individuals who had been treated for hormone deficiency with rHGH as children experienced an increased number of medical issues as adults in their 30s and 40s.

Also called KP 102 or Pralmorelin, GHRP-2 is considered an HGH secretagogue. It is extremely capable of stimulating GH manufacturing in research study participants. However, it has a brief half-life. Its potency peaks at about 15 minutes and no more than 60 minutes following administration.

It's critical to be aware that GHRP-2 doesn't link to GHRH peptides like sermorelin and CJC-1295 since it acts on different receptors. Positive outcomes have been observed when administered along with a Growth Hormone Releasing Hormone such as Modified GRF 1-29 or CJC-1295 DAC. The GHRP-2 peptide receptors naturally interact, using ghrelin.

It starts a physiological reaction when coupled with ghrelin that contrasts together with the growth hormone secretion receptor. The subsequent response to the peptide includes elevated levels of calcium ion influx with an increased release of growth hormones.

GHRP-6 is a powerful hexapeptide that boosts food consumption by stimulating hunger and increasing metabolism. It activates the pituitary gland and encourages the release of high levels of growth hormone. Research shows that it is substantially more efficient than GHRH and performs synergistically when combined or implemented with other amino acid peptides such as GHRP-2.

Growth Hormone Releasing Peptides, similar to GHRP-6, are most commonly used for the treatment of eating disorders, Growth Hormone deficiencies, and obesity. It is thought to be acting naturally in both the pituitary and the hypothalamus.

Discovering the effectiveness of this growth hormone depends on the physical condition of the subject. For instance, GH secretion decreases in obese patients. It has also been indicated that GHRP-6's effects were found to be gender- and age-independent. GHRP-6 is effective when orally administered vs. subcutaneous injection. It’s stable and carries a lower price than other comparable treatments.

Bodybuilders and athletes who wish to increase muscle and decrease body fat often choose either GHRP-2 or GHRP-6, depending on their particular requirements. Both types of growth hormone-releasing peptides have been shown effective when used in combination with the right foods and exercise. However, the differences between the two can make one more appropriate than the other in specific scenarios.

GHRP-2 is considered stronger as it releases more growth hormone than GHRP-6. If increasing GH levels is the goal, this is likely the right option.

GHRP-6 increases appetite when used on a regular basis. The body typically absorbs more nitrogen than usual, which aids the production of protein. If the goal is to eat more and build muscle growth quickly, this may be the appropriate supplement.  Individuals who have taken the GHRP-6 supplement report improved energy levels and joint health. Sleep has also been considered more restful.

Symptoms of growth hormone deficiency vary from one individual to another. While some people will have one or two, others may have several symptoms. Some specific exams and tests help physicians make an accurate diagnosis. The criteria used are the same regardless of the individual's age.

Diagnosing growth hormone deficiency begins typically with a physical exam. The physician checks height, weight, and body proportions. Depending on the results, there are several ways to identify a growth hormone insufficiency.

Idiopathic GHD, which occurs as a result of aging, requires strict criteria to make the diagnosis. Guidelines state that adult patients with pituitary disease, head injury, surgery or irradiation in these areas, or signs of other chemical deficiencies of the pituitary are typically suitable for acquired GDH.

The restriction is because the age-related decrease in function of the GH neuroendocrine axis is considered a typical part of aging, even though it becomes progressively detrimental to several facets of the body’s everyday processes. Diagnostic testing may be used to determine the degree to which replacement therapy is needed.

The following tests may be used independently or in combination to determine the intensity required of the HRT for age-related GH deficiency:

Physicians may also perform other types of tests for an accurate diagnosis of growth hormone deficiency, such as:

How Is It Administered?

Sermorelin quickly breaks down once in the bloodstream, having a biological half-life of approximately 10-20 minutes. Due to its brief half-life and the ready availability of sermorelin, administration to children combating childhood GHD must occur several times a day as subcutaneous-injections.

However, single daily dosing is typically sufficient when treating most cases of adult-onset GH insufficiency. The injections are given using a small needle and are relatively painless. They are usually administered once a day at bedtime for a three-month treatment cycle, and it can be done from home. Peak concentrations are generally reached in five to 20 minutes.

When used as a supplement, it is typically in powder form. Water activates it for use.

What Are the Side Effects?

Sermorelin is often used as an alternative to HGH, as there are few side effects or dangers. Although there have been no generalized allergic reactions reported, there have been instances of swelling, redness, and pain at the injection site. Other adverse reactions include:

What Are the benefits?

HGH and sermorelin are banned for use in college and professional sports, as they can enhance performance. However, it is not just for athletes and bodybuilders. As the body regulates the release of growth hormone, the side effects are limited, unlike those caused by recombinant growth hormone therapy. Levels are naturally adjusted by the body. When used as an anti-aging supplement, weakened internal systems become stronger. After months of injections, individuals note a range of improvements, including:

The benefits continue, even after the injection therapy has finished. The release of human growth hormone production stays consistent over time.

Is Sermorelin the Same As HGH?

HGH is a growth hormone produced by the pituitary gland. Its function is to regulate metabolism, boost energy, and fuel the body’s ability to promote growth and stimulate brain function. HGH levels peak in teenagers. Injections administered to adults have shown a loss of body fat and an increase in muscle. HGH incites IGF-1 secretion in the liver, and stored fat is broken down and converted into energy.

Sermorelin is not the same as HGH, which means it is not a hormone. Instead, it naturally stimulates the body's production of the human growth hormone. Studies indicate that as we age, secretion levels drop significantly. Sermorelin has been shown to be appropriate for patients with a lower HGH level. In addition, HGH is a larger molecule than Modified GRF 1-29 and sermorelin acetate. It contains 191 amino acids, versus the 29 in sermorelin.

In 1997, sermorelin acetate, under the name “Geref,” was approved for use by physicians for treating pediatric growth disorders by the FDA. Use as a supplement is not regulated, so it is at the medical practitioner’s discretion. Clinics and websites are marketing sermorelin therapy as a veritable fountain of youth. They describe reclaiming robust health that turns back the clock on aging and diseases.