Does Sermorelin Really Work for Bodybuilding and Weight Loss Results? 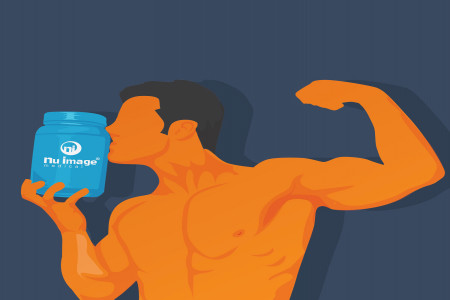 When bodybuilders head to the gym they are looking for two things -- more muscle and less body fat.Â  and This is why so many are turning to Sermorelin today.Â  The Mayo Clinic describes Sermorelin as a treatment to improve growth and development in the muscles. Bodybuilding and weight loss results can be achieved through the use of Sermorelin, as it helps to improve muscle mass and aid in weight loss when used in conjunction with other weight loss methods. Bodybuilders asking "Does Sermorelin really work" for weight loss just need to read on to find out more with these amazing facts about Sermorelin.

In the human body, we have a hormone known as human growth hormone or (HGH). In a nutshell, Sermorelin is a synthetic or man-made version of the HGH needed for human growth. The HGH in the body is produced by the pituitary gland and is needed by children for human growth.

For children or adults that are having problems developing lean muscle mass, Sermorelin is sometimes prescribed as a treatment. When Sermorelin is used, it sometimes increases the amount of HGH the body produces.

This growth hormone deficiency can be a new problem in children and adults, or it can be something that occurs later on in life. Growth hormone therapy through the treatment of synthetic growth hormones can help.

The study indicated that dosing regimens of Sermorelin must be individualized. But it also found that the benefits include an improved body composition, improved capability for exercise, and improved skeletal integrity or stronger bones.

Risks reported in this study were low when Sermorelin was used properly. Thus improved quality of life with Sermorelin before and after comparisons were significant. The answer to the question "does sermorelin really work" is a definitive yes.

Renew Me Today reports that synthetic growth hormones such as Sermorelin increase a child's height and also promotes bone mineralization. They also report the following findings on Sermorelin:

When we are unable to grow physically, we experience a decrease in quality of life. That could include anything from worsened sleep routines to less energy and a lower appreciation for life.

As we age, we experience less growth hormone effects from the pituitary gland and this can decrease our quality of life.Â  Sermorelin does work to counter-balance those impacts, and Sermorelin bodybuilding results across testimonials and reviews support this.

Before you start Sermorelin, find out the most important 5 facts about hormone replacement therapy that you need to know.

The body regulates how much sleep one gets. When sleep patterns are dysfunctional, Sermorelin works to regulate this, protecting the body to bring levels to their natural state.

As a synthetic hormone, it is also known to be an effective anti-aging treatment that can help the body in the repair of damaged tissue and systems that are weaker when other growth hormones are lacking. It's important to note for bodybuilders that this is not a "lose weight fast" treatment.

Bodybuilders can experience anti-aging impacts, as well as lean muscle mass in the body. But the effects will occur over time and are likely to begin appearing within a few months.

Fitness Edge notes that other benefits to those taking SermorelinÂ notice are as follows:

Fitness Edge also notes that a wide body of research also shows that Sermorelin will provide effects to the body long after treatment has stopped.Â Â Thus, Sermorelin before and after effects are positive, and just one more reason why it is good for bodybuilders for both weight loss and anti-aging treatments.

The benefits of Sermorelin for bodybuilders are many, but one interesting thing about Sermorelin is that it not only helps in weight loss but offers so many other benefits. Better sleep patterns are reported with the use of Sermorelin, and that will improve the quality of life in so many ways.

A better life, a better attention span, improved memory, and improved cognitive skills are all reports from bodybuilders using Sermorelin. But at the same time, studies do find that it works for improved overall cognitive functioning.

The Journal of Gerontology in the Oxford archives reports that cognitive function in older age gaps occurs when growth hormones are used as a treatment plan. As we age, synaptic functions to the brain cells for cognitive skills begin to decline, but growth hormones can improve memory recall and learning.

Most studies will concur that the correct Sermorelin dosage will depend on the individual and that it is best to work with a doctor to achieve the right dosage. The most common protocol for those using it as a standard growth hormone aid is 3 to 9 mg monthly according to Fitness Edge. This is usually broken up in 100-300 mcg shots.

For bodybuilding users that are hoping to achieve weight loss on Sermorelin, the dosages are generally the same. This is the same for both men and women.
Cycles generally last from six to 12 months and treatment effects will show up within a few months. While on Sermorelin, it's important to eat well and exercise regularly.

Find out how to exercise safely on an empty stomach, which could help when you are taking Sermorelin.

Testimonials for the use of Sermorelin as a treatment to aid growth hormone production indicate that Sermorelin really does work for weight loss. Fitness Edge notes that Sermorelin goes "hand in hand" with weight loss as well, as Sermorelin helps the body to burn fat and increase energy levels.

Not only does Sermorelin help to improve energy and burn fat, but it also helps to make your muscles stronger and improve heart function. Sleep function is improved as well.

This side effect was noted by a Web MD user who was a 55-year-old male who stated that his sleep apnea was gone after using Sermorelin. He also said with diet and exercise, he lost weight. Another 55-64-year-old man reviewed Sermorelin and said he had better muscle firmness and lost body fat. He noted that improved muscle mass occurred as well.

Most that are taking Sermorelin report better results when taking it with proper diet and exercise. Exercise and diet programs geared towards promoting HGH levels should be considered. Try this HCG Diet Sweet and Sour Shrimp recipe when trying Sermorelin.

Sermorelin is an effective treatment for many that need the stimulation of the pituitary gland for growth hormone impacts. But at the same time, bodybuilders asking "does Sermorelin really work" can be comforted with the answer that yes, yes it does.

In comparison to other HGH programs or injections, Sermorelin offers a safer and more natural method to lose weight and improve overall muscle mass in the body. It helps to make the body leaner, and also even functions as an effective anti-aging tool.

Who doesn't want all of that? Take the first step in improving your quality of life and find out today how Sermorelin should be used for bodybuilding.