Does Sermorelin Have Side Effects? 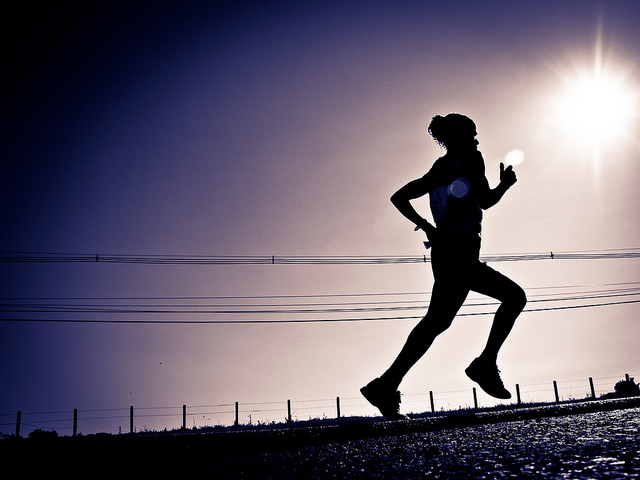 Sermorelin Have Side Effects?

Sermorelin acetate is used as a treatment to increase natural levels of human growth hormone production. After the age of 30, HGH levels begin declining and will continue to decline up to 14 percent every decade. This decline of HGH production is thought to cause several aging symptoms including a loss of energy, decreased muscle mass, increased body fat, lower bone density, skin aging symptoms, and many other effects.

Sermorelin treatment is often prescribed as an anti-aging treatment because it has proven to be a safer and more natural treatment compared to using human growth hormone itself. Increasing the body's natural production of HGH is always preferable because the side effects are minimal and the hormone is produced and delivered by the body's natural hormone pathways.

Side effects of Sermorelin acetate are minimal

HGH therapy can have side effects depending on the type of hormone that is used (synthetic or bioidentical), how much of it is used, and other factors. In many cases even HGH therapy does not have any side effects, but in some cases it may due to a high dose of the hormone or the use of a synthetic version of the hormone.

Because of the lack of side effects, Sermorelin therapy is often preferable to HGH therapy. The medically supervised use of sermorelin can result in many positive anti-aging effects such an increased muscle mass, increased energy, reduced body fat, tighter and younger skin, improved libido, increased exercise performance, improved sleep, improved heart and kidney function, improved eyesight, increased bone density, faster wound healing, faster exercise recovery and many other positive effects have been described by patients.

With Sermorelin therapy, too much of the hormone is not produced because it stimulates the natural pathway, and the body will naturally regulate the production of HGH. It only increases the levels of HGH back to a "Â€Âœnormal"Â€Â or a more youthful level. As a result, the therapy does not have hardly any side effects except for minor symptoms such as irritation at the injection site and itching. It is thought to be one of the safest and most natural ways to increase natural human growth hormone levels.

With consistent use of Sermorelin, the body can begin repairing age related damage to skin, muscle and organs, and the treatment does not need to continue indefinitely. Many people can use the treatment for a loading period of up to 6 months, and afterward the body usually maintains a high level of human growth hormone production. Of course the treatment can be resumed if necessary, but in many cases patients find that their HGH levels remain steady after the treatment.

A blood test is taken at the beginning of the treatment

At the start of the treatment a blood test is taken so that levels of HGH can be checked, and the appropriate Sermorelin dosage can be prescribed. For a higher HGH deficiency, higher levels of Sermorelin can be used, but the amount of the amino acid is carefully controlled. The medical doctors at Nu Image Medical give patients a full telemedicine consultation as well as a blood test before they are started on the treatment program. Human growth hormone levels can vary dramatically from one person to another, and there are several factors that contribute to a person's hormone production levels.

The treatment is highly preferable to HGH therapy because there is a very low risk of overdose. Both treatments use injections, but HGH therapy injections the hormone directly into the bloodstream. This causes tissue concentrations to rise wherever the hormone is delivered in the bloodstream, but this method of delivery is not natural. The body gradually releases human growth hormone, and the treatments that stimulate natural production of the hormone are much more preferable.

Sermorelin is a long term treatment

Although there are both one and three month programs available at Nu Image Medical, it is often recommended to use Sermorelin for at least three months to see the maximum benefit. The body takes time to adjust to the effects of increased HGH production. Also, the increase in HGH is quite gradual in comparison to HGH therapy, but the gradual increase is the only safe way to increase hormone production without side effects. When HGH is infused quickly into the body with an injection, there can be negative side effects, but a steady increase in hormone production is safe and effective.

Over a period of three to six months, patients will start to feel the health benefits of the treatment. Patients who are exercising when they start their Sermorelin treatment program usually notice within a few weeks that their energy levels increase during their workouts, and that their recovery times start to decrease. They may notice faster muscle gains and a faster loss of body fat. This effect has been proven in several scientific studies, and it is also the reason why HGH therapy has popularly been used by athletes as a performance enhancing drug.

There are dozens of benefits that Sermorelin therapy can offer, and if you believe that you may have a hormone deficiency (many people who are 30 or older usually do) you may benefit from the treatment. There are even patients younger than 30 who have started using the treatment (if their HGH levels are lower than normal). There are many dietary and lifestyle factors that can cause the body to produce lower than normal hormone levels, and treatments like Sermorelin therapy have become increasingly used to correct these deficiencies.

Most patients experience several positive effects within just weeks or sometimes sooner, and some patients use the treatment not just for months but for several years without any health problems at all. Contact Nu Image Medical today to find out more information about how Sermorelin therapy  may benefit you and improve your health.