Does Sermorelin Cause Hunger? 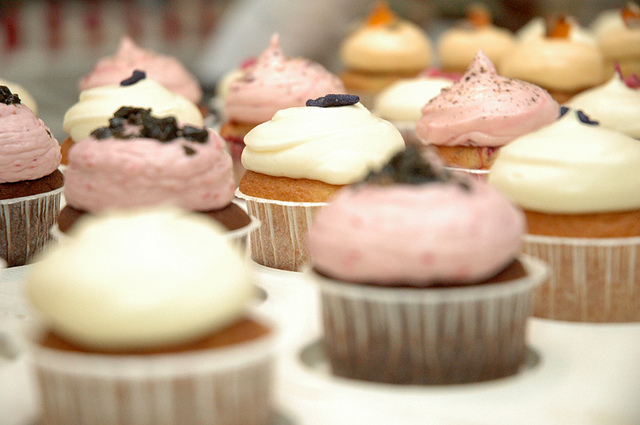 Can Sermorelin cause hunger? Many people are concerned about Sermorelin therapy increasing their appetite because it is known that one of the ingredients that is commonly combined with Sermorelin, GHRP-6 (Growth Hormone Releasing Peptide-6) can cause hunger as a side effect. Sermorelin is combined with this peptide because the effect of increasing production of human growth hormone is increased when GHRP-6 and Sermorelin are combined together. Nu Image Medical also adds GHRP-2 to its Sermorelin treatment, which is another peptide that can increase human growth hormone levels safely, and all three of these ingredients when combined together have proven to be safe and effective for increasing hormone levels naturally. Sermorelin can in fact cause hunger for some patients, and the level of hunger that it can cause will vary from one patient to another, but an increased appetite is in fact one of the side effects of GHRP-6 and it is a well-known effect.

GHRP-6 has shown to increase appetite for some patients

GHRP-6 is used in the treatment to increase production of IGF-1 and growth hormone, and it is often a necessary part of Sermorelin therapy. Some patients have reported an increased appetite when taking GHRP-6. One of the known side effects GHRP-6 is increased hunger. For some people GHRP-6 results in an increased appetite, but the effect sometimes goes away after a week or two. GHRP-6's hunger increasing effect is well known for people who have tried Sermoreln/GHRP therapy as well as bodybuilders and athletes who may use the hormone for performance enhancement. The appetite stimulating effect is well known and it normally occurs immediately after starting GHRP-6 injections, however the amount of the hormone does make a difference. Smaller hormone amounts do not result in as high of an increase in hunger levels as larger injections.

The reason why GHRP-6 stimulates  hunger is the fact that it mimics a hormone related to hunger called ghrelin. Ghrelin is one of the most important hormones that is thought to be related to obesity. Ghrelin is produced by the stomach as a response to fasting and the hormone activates ghrelin receptors in the pituitary gland. There are several different effects that occur as the result of the activation of ghrelin receptors including increased levels of hunger and more. Ghrelin is a complicated hormone that has several different effects on the body, but the increase in hunger that GHRP-6 has is thought to be related to its effect on ghrelin receptors. Like Ghrelin, GHRP-6 triggers ghrelin receptors in the brain, and there are several metabolic and physiological responses that occur as a result of the triggering of these receptors.

The triggering of ghrelin receptors causes increased hunger and other effects

GHRP-6 stimulates appetite substantially, some say that it stimulates it just as much as ghrelin if not more. As a result, it can sometimes be difficult to lose weight while taking Sermorelin; it is often essential that people who use the therapy try to work out on a regular basis to offset the increased appetite that can occur. Ghrelin receptor activation is through to also cause an anti-inflammatory effect and a healing effect on the body, which is backed by both anecdotal and clinical evidence. Some believe that ghrelin can stimulate fat storage, but many people who have taken GHRP-6 have actually lost weight following injections, and this is because the fat storage effect is thought to only be limited to certain tissues. GHRP-6 is usually also ineffective when blood sugar is high, such as following a meal, so it is normally recommended to be injected prior to a meal so that the extra hunger that can result from the injections is reduced.

Exercise is often necessary for weight loss with Sermorelin therapy

As long as exercise is combined with Sermorelin treatment, it can be an effective way to lose weight because the increase in muscle mass combined with the corresponding decrease in body fat will help with weight loss overall. But, exercise is often a necessary component of the therapy if weight loss is a desired result, otherwise a hormone diet like the HCG diet is much more preferable as this hormone suppresses the appetite and has a very different effect on fat metabolism. Sermorelin and GHRP-6 and GHRP-2 are normally taken together as a part of an anti-aging protocol, and weight loss is often one but not the only desired effect of the treatment. These amino acids have several metabolic and physiological anti-aging effects on the body including many anti-aging effects, but should not be taken for the sole purpose of weight loss.

It is recommended to not eat carbs before injecting GHRP-6

About one hour before injection GHRP-6 and/or Sermorelin, it is recommended that you avoid carbohydrate intake because the increase in blood sugar can reduce the effect that GHRP-6 can have on the release of growth hormone. It is ideally injected when you are hungry or near hungry and planning on eating in 60 minutes or so. This way the hormone will have time to have its effect on increasing growth hormone production, and you will likely start to feel very hungry after about an hour. You should discuss your specific injection schedule with your physician of course, but in many cases following this strategy will help you get the most out of your Sermorelin therapy program and help you see results as quickly as possible.

Hunger is the only adverse effect

Hunger can hardly be considered an adverse effect, but it is one of the only adverse effects of injecting GHRP-6. Aside from an increased appetite, there are no other serious effects that have been seen with regular injections of the peptide, and many people can tolerate several months of injections in a row, even at relatively high concentrations. At Nu Image Medical the amount of GHRP-6 that is used for Sermorelin therapy is relatively low in comparison to what other people like bodybuilders may use, and as a result the corresponding increase in hunger will likely be mild. Compared to the many health benefits that GHRP-6 can provide, the hunger is usually well worth starting the treatment, and the many positive health effects that result from increased growth hormone production outweigh any negative consequences that increased hunger can lead to.

The effect will be different from one patient to another

Some patients experience little to no increase in hunger when injecting Sermorelin/GHRP-6 and GHRP-2, while other patients have a much larger increase in their appetite. The peptides certainly have a different effect on every person, and it is important to remember that the Sermorelin therapy program at Nu Image Medical uses very small amounts of both peptides. If you sign up for our treatment program, your specific dosage will be discussed with your medical doctor, but it is unlikely that you will be prescribed anything other than the standard low dosage for these peptides that is commonly used for most patients.

You don't have to worry too much about the increase in appetite because as long as you are exercising regularly and maintaining a healthy diet, you will be able to deal with any extra calories and the positive health effects that can include increased fat metabolism, increased muscle mass, higher energy levels, faster workout recovery times, and more will not only help you keep weigh off, but will help you lose weight. Get more information about the Sermorelin therapy program at Nu Image Medical here or speak to a medical provider today if you have any questions or concerns about the potential side effects of the treatment.