A Match Made in Heaven? CJC 1295 and Ipamorelin Benefits, Side Effects and More 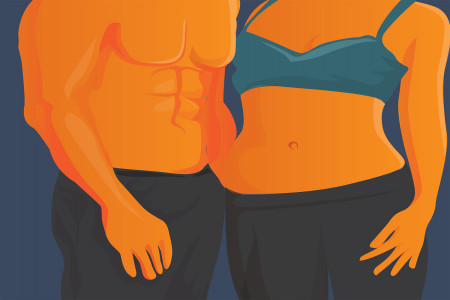 Hormone replacement therapy has been making headlines, and for all the right reasons. Some studies, for instance, have found that hormone replacement may fight belly fat. This news was music to the ears of menopausal women and gym buffs everywhere.

But not all hormone replacement therapy treatments yield the same results.

There are several different peptides on the market today. Two of the most popular peptides include CJC 1295 and Ipamorelin.

What, though, are the benefits of these peptides? And what are the side effects that accompany each one?

Continue reading as we detail some important CJC 1295 and Ipamorelin benefits and side effects. We'll also tell you why combining CJC and Ipamorelin makes for such a super combo.

CJC 1295, also referred to as DAC:GRF, is a synthetic peptide hormone. Many people who use CJC do so in order to enhance plasma growth hormone.

This peptide's structure is similar to a growth hormone-releasing hormone. As a result, it can effectively encourage your pituitary gland to release the body's growth hormone.

But what is this growth hormone? And why do you want your pituitary gland to produce it?

Growth hormone is somewhat responsible for the production of other types of hormones. These hormones are anabolic, which means that they stimulate the development of muscle tissue within your body.

Hence the reason bodybuilders are attracted to this peptide.

CJC 1295, however, has medical uses as well. Medical professionals initially used the peptide, for example, to help patients whose muscles had wasted away due to disease.

So how do people ingest CJC 1295 in order to take advantage of its benefits?

In short, CJC is a water-based peptide. As a result, users must inject this peptide hormone into their bodies using a needle. They can inject the peptide anywhere on their bodies, granted they're using the proper equipment.

Of course, these users also have to adhere to standard doses. There are several dosing strengths available, so users can choose the strength which best suits their needs.

And here's a word of caution:

Now that you know what CJC 1295 is, let's talk about some of the benefits of using this peptide. Those benefits are as follows:

Of the three benefits listed above, we'd like to hone in on the last two. These benefits are, after all, what draw both men and women alike to the peptide.

CJC 1295 enhances a process known as lipolysis. During this process, the body breaks down lipids. The breakdown of these lipids decreases body fat.

And, a decrease in body fat can amount to weight loss.

Perhaps this is why so many menopausal women turn to hormone replacement therapy. During menopause, many women develop menopausal belly fat. This increase in belly fat is often the result of a loss of estrogen.

Here's something we didn't mention earlier:

CJC 1295 improves protein synthesis. And this improvement can lead to muscle growth.

Our bodies use protein to help build muscle. In other words, when our bodies synthesize protein better, they have more protein to use as building blocks for our muscles.

It's no surprise, then, that many bodybuilders rely on peptides such as CJC 1295.

So we've established that this peptide has several benefits. It is our duty, however, to help you learn about the side effects of CJC 1295 as well.

What, then, are some of these side effects? Here are just a few:

There are a few other side effects as well. That said, do your homework before deciding if this peptide is right for you.

And here's our most important tip:

Carefully regulate the amount of CJC 1295 you inject. In the beginning stages, we recommend that you start with the smallest dose possible. Measure your body's response to the drug at this stage.

After you've used it for a while, decide whether or not your body can handle larger doses. This approach should minimize the severity of the side effects you experience.

Let's switch gears now and talk a bit about Ipamorelin. Like CJC 1295, Ipamorelin is a peptide hormone. This means that Ipamorelin stimulates your pituitary gland, triggering the release of growth hormone.

But here's what differentiates this peptide:

Ipamorelin's benefits differ slightly from those of CJC 1295. Not only that, but its side effects are minimal when compared to CJC 1295's.

Having said that, let's take a closer look at how this peptide is administered and its benefits.

How Is Ipamorelin Administered?

When injecting Ipamorelin, you have two choices. You can either inject the peptide subcutaneously or use the intramuscular method.

Both administrations of Ipamorelin are equally valid. Consequently, users can choose the method with which they're comfortable.

Notice that some of these benefits somewhat counter the side effects of CJC 1295. Recall, for instance, that CJC can cause weakness of the body joints. Ipamorelin, on the other hand, repairs joints and ligaments.

As we'll discuss later, you'll find that some other Ipamorelin benefits work to this effect--that is, to counter side effects of CJC 1295.

Ipamorelin does indeed negate some of CJC 1295's nasty side effects. Unfortunately, though, this peptide doesn't come without its own side effects.

But here's the good news:

The side effects of Ipamorelin aren't common. Further still, they're minor when compared to those of CJC 1295.

One side of the peptide in question, for example, is headaches or vertigo. The effect, however, can depend on how much Ipamorelin users inject into their bodies. In other words, if you're using too much of the peptide, you're much more likely to experience headaches.

So here's the deal:

As in the case of CJC 1295, start slow when taking Ipamorelin. Slowly work your way up to a dose that suits your body. Doing so should give your body time to adjust to the peptide hormone.

For more information about Ipamorelin, check out this Ipamorelin review we put together. You'll find more detailed information there about the benefits and side effects of Ipamorelin. You'll also find out more about how to properly inject the peptide.

Now that you know what CJC and Iparmorelin are, we'll discuss peptide therapy in more detail. And we already know what you're thinking:

What exactly is peptide therapy?

Well, a peptide is an amino acid which helps control major body functions. From building proteins to transporting cells, peptides are of immense consequence to the human body.

In fact, peptides are so essential that peptide deficiencies and imbalances can wreak serious havoc on your body. The human body becomes vulnerable to myriad diseases and disorders when peptide levels are too high or too low.

And that's where peptide therapy comes in. By correcting peptide levels via peptide therapy, you can restore the body's equilibrium, lessening the risk of developing certain illnesses.

CJC and Ipamorelin: The Super Combo

So where do CJC 1295 and Ipamorelin come in?

These two peptides happen to be some of the most popular peptides. Not only that, but they complement each other. They work so well together, in fact, that people frequently use both of them together.

When used together, these two peptides:

Recall also that some of Ipamorelin's benefits counter some of CJC's side effects. The former's ability to counteract the latter's side effects gives the pair nice synergy.

The CJC and Ipamorelin combination is especially beneficial to this system. It increases the production of the proteins which boost bodily functions that are specific to the endocrine systems.

And a top-tier endocrine system leads to muscular development.

For this reason, many weightlifters prefer to combine these two peptides for optimal results. Older people--such as menopausal women--also combine them to fight muscle deterioration brought on by age.

If you're considering peptide therapy, carefully consider CJC 1295 and Ipamorelin benefits as well as the side effects of both. Everyone's body reacts differently to these peptides, so you should always be informed.

In any case, many of the people who have had peptide therapy have found their experiences rewarding. From fat loss and lean muscle gain to simply sleeping better at night, they've reaped a wide array of benefits.

And if you don't believe us? Don't take our word for it. Just take a look at what some of our clients are saying about our peptide treatments.