10 Symptoms of Growth Hormone Deficiency You Need to Know About 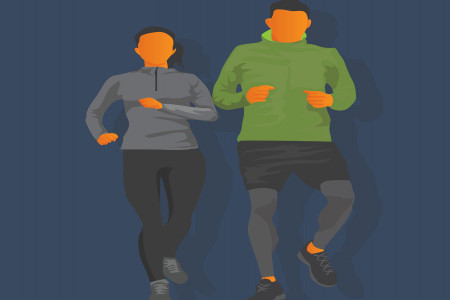 Over 50,000 U.S. adults have growth hormone deficiency. Every year, another 6,000 new cases add to the growing list of GH-deficient patients.

You're likely thinking that these figures are small. Especially when compared with say, heart disease, which affects about 84 million Americans.

But before you disregard GHD, know that it's actually linked with cardiovascular diseases! In fact, there are many other conditions it's associated with. There's social phobia, anxiety, depression, and osteoporosis to name a few.

All these can affect the quality of your life. Here's some good news though: GHD treatment is available.

The big question here is, is there a way to tell if you need treatment? Yes, by knowing the symptoms it brings.

Here's a closer look at adult growth hormone deficiency and the signs telling you that you have it.

It's exactly what it sounds like. Your body doesn't generate enough growth hormones, so it's become deficient. You may have heard of this as "pituitary dwarfism".

The body produces a growth hormone (somatotropin) to prompt growth and reproduction of cells. The pituitary gland, which sits at the base of the brain, produces it and sends it to the blood for circulation.

When there's not enough somatotropin produced, the body's growth can then slow.

Granted, most cases of GH deficiency occur in children. But anyone can develop it, at any given time.

Keep in mind that it's easier to detect GH deficiency in children. That's because many symptoms manifest in a physical manner.

In adults, symptoms can be both physical and mental in nature. That's why it's important you learn the adult growth hormone deficiency symptoms. This way, you can protect yourself from the complications the condition can bring.

In the U.S., over 71 million individuals have high "bad cholesterol" levels. Bad cholesterol refers to "low-density lipoproteins," or LDL. Many of these people are HGH-deficient adults.

It's because HGH deficiency increases one's risks for elevated "bad cholesterol" levels. It's a huge health concern since this type of cholesterol can lead to atherosclerosis.

LDL cholesterol sticks to artery walls, resulting in plaque formation. These plaques are the building blocks of life-threatening atherosclerosis. Left untreated, it can lead to fatal heart attacks and strokes.

The thing is, a high LDL cholesterol level doesn't exhibit symptoms on its own. That's why it's important you see your doctor right away if you feel chest tightness or pain. These are common complications of atherosclerosis.

Your doctor may require you to undergo testing for LDL levels. Testing is the only way to find out if you have beyond-normal LDL levels. If that's the case, then it's a sign you have GH deficiency.

2. A Decrease in Muscle Mass

As we age, it's normal to say goodbye to some muscle mass. In fact, most men would see a 30% drop on muscle mass throughout their lifetime. It's part of the aging process, an occurrence called sarcopenia.

But seeing a considerable decrease in your muscle mass isn't normal. It's one of the common symptoms of growth hormone deficiency in adults.

How do you tell you've lost mass muscle then? That it's not fat you're losing? This can be especially confusing for people on a weight loss regimen.

One way to tell is if you've lost too much weight in a short amount of time. Another is if it only takes simple activities to tire you out. Feeling weak or exhausted more often is another indication of muscle mass loss.

3. Lack of Energy or Tiredness

Again, this can mean you're losing muscle mass. Excessive muscle mass loss signals the possibility of adult growth hormone deficiency. If you find yourself feeling tired more or earlier than usual, consider that a warning sign.

Growth hormone plays an important role in achieving sufficient bone mineral density. As such, if the body lacks GH, it follows that both bone strength and density suffer too.

If it doesn't take much to break your bones, it's a red flag you have GH deficiency. Brittle nails, muscle aches, and bone pain are also indications you're low on growth hormone.

Granted, there are many possible reasons for cramps, such as staying in one position for too long. But if these pins-and-needles situations have become more frequent, that should concern you. It's a common symptom of bone loss too, which can trace back to HG deficiency.

Everyone experiences stress at one point or another. Gallup even reports that 79% of Americans feel stressed in frequent bouts, or at least sometimes.

Many factors, such as work and children, make people feel these negative emotions. But having deficiencies in growth hormone can also add to that. Some GH-deficient adults feel so stressed it already affects their quality of life.

So, if you feel this way often and experience other symptoms on this list, it's time to get your GH levels checked.

7. Anxiety, Depression, or Both

Left untreated, stress caused by adult growth hormone deficiency can lead to anxiety. It can also result in depression, or worse, both. Lack of self-confidence brought about by GH can also lead to these problems.

in fact, studies confirm this. Researchers discovered that these psychological issues are common in AGHD patients.

As such, if you've been feeling down in the past few months, visit your doctor ASAP. It may be low GH levels, but it may also be actual anxiety or depressive disorder. Either way, you don't want either of these mental conditions to make you suffer even more.

8. Poor Focus or Lack of Concentration

Mood swings and feelings of irritability can make anyone lose focus or concentration. But it may be worse in people deficient in growth hormone.

Children diagnosed with GH deficiency tend to suffer from poor memory later in life. The same goes true for many GH deficient-adults. This is especially true in adults whose GHD occurred during their childhood.

Another study done on GH patients revealed their increased sensitivity to temperature. They found that problems with GH production can disturb the sweat secretion process. They also found that GH patients had a higher likelihood of developing hyperthermia.

Furthermore, adults with growth hormone deficiency can also become cold-intolerant. That means they experience a drastic increase in their sensitivity to cold temperatures.

So, if you've been feeling too hot or too cold lately, consider that a sign your GH levels have dropped.

Other Symptoms Telling You That You Have GH Deficiency

As if 10 isn't enough, there are a lot more symptoms associated with being growth hormone-deficient. Here are some other signs you should be on the watch for.

For men, baldness or thinning hair is one of the most dreaded signs of GH deficiency. Lack of sex drive or lower libido levels in both men and women also signal this condition. If dry, thinning skin appears with these other symptoms, that's a solid sign you're GH-deficient.

Getting Your HGH Levels Back on Track

As mentioned above, there are treatments for adult growth hormone deficiency. One of these is through GH replacement. This therapy is available to men and women suffering from this condition.

Now, you're likely wondering if it's proven and effective. The answer is yes, and there are many studies that back this up.

One study looked at what GH replacement therapy can do for adults with GH deficiency. The researchers found that it improved the patients' lipoprotein profile. In simpler terms, that means the therapy improved how lipoproteins carry around cholesterol.

A review of current studies on GH therapy also revealed the treatment's potential on AGHD. According to the reviewers, GH therapy may help normalize AGHD-related abnormalities. They also said it may bring other health benefits to patients with hyperpituitarism.

These are only a few of the many other scientific studies done on GH replacement therapy. But they should be enough for you to consider it to bring your GH levels back on track.

Regain Control of Your Life with HGH Therapy

Indeed, adult growth hormone deficiency may fall under the rare condition category. But that doesn't mean it can't affect you or that it can't destroy the quality of your life.

So, as soon as you notice many of the symptoms on this list, have your GH levels checked. Our blog also has plenty of other posts that will help you learn more about the human growth hormone.