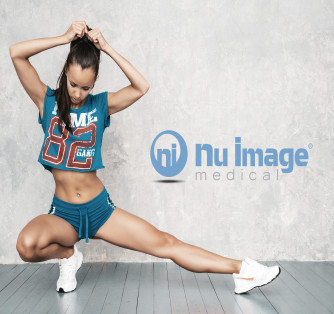 Young children often dream of growing up to be a superhero, and for Henry Cavill, landing the leading role of Superman in “Man of Steel” is an opportunity most only dream about. The British actor is impressive, turning heads and creating drool over his burly muscles, chiseled abs, and piercing vision. His shredded physique is another thing most people only dream of having, as he has a body that screams superhuman. Cavill is most definitely from earth, but his fitness routine and diet must certainly be out of this world.

Though the Superman role was notable in its own right, Cavill is turning heads again for his starring role in the Netflix series “The Witcher.” A much different role from his superhero fame, his character in this series pursues monsters and tangles with evil humans all along the way. For some, the plot isn’t the real attraction to the show. Watching Cavill in action is the real entertainment. In order to prepare for his role, another grueling and demanding fitness routine was in order. Fortunately, Cavill has maintained rigorous health and fitness routines for the last few years, so he tackled the challenge with energy and enthusiasm (which is more than most of us can say about our own diet and exercise goals).

His Plan of Attack

Though Cavill spent his time working with Mark Twight at Gym Jones for his superman roles, he worked with Dave Rienzi for his part in “The Witcher.” The Man of Steel routine was designed to take Cavill to the extreme and give him the out-of-this-world look, but his role as Geralt of Rivia needed a little bit different approach. Still requiring a muscular and ripped build, Cavill turned to the Rock’s strength and conditioning coach for his workouts. Though his role has him clad in chain mail and armor, there is no denying that he hasn’t lost a single muscle or sexy ripple. His strategy has been to combine heavy strength work with fasted cardio. He also adds in some resistance training when he has the time. Cavill does have a word of advice for all those envious of his body and the results of the intense workouts. In his words, “Everyone has a different genetic makeup, everyone is at a different stage of fitness or training or even has a different amount of calories going in. So you do you, and just make sure that every workout is as hard as you can do it."

For someone as well-built as Henry Cavill, the dieting and nutrition needs will be much different from what you will need. Since Cavill often needs to bulk up, his diet is high in protein and unbelievable calorie consumption. It is said that he would consume almost 5,000 calories a day when trying to gain his Superman physique. However, he was doing a lot of weightlifting and cardio during his training. He also consumed a lot of protein to help repair muscle damage that often occurs because of extreme workouts. Unless you are going to be putting yourself through extreme workouts, you won’t need nearly as many calories. In fact, if you are adopting an exercise routine to support a weight loss goal, your diet will probably very restricted by way of unhealthy foods. If you are following the HCG diet, you are to avoid all processed foods and refined sugars, focusing on organic fruits and vegetables, as well as lean meats and proteins. Your diet will have a lot to do with how successful you are at pursuing fitness or health goals.

If you are determined to look like Cavill or develop your own superhuman body, the Witcher workout is a way to get started. These are just a few exercises that should be included in a wider workout that places additional emphasis on these muscle groups.

For those just starting out in a fitness routine or simply trying to get back to the gym on a consistent basis, don’t stress out about your progress or how you look compared to superstars like Henry Cavill. Take his advice and just “do you” when you’re exercising or working out. Be happy with the results and keep working toward that next level of fitness.