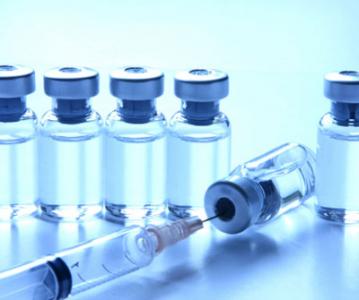 If you have been looking for places to buy HCG online you might find several retailers that are now selling the hormone from Mexico. Counterfeit versions of medications like HCG, Lipitor, Zocor and many other drugs and hormones are being falsely advertised as being safe and more affordable alternatives to American medications.

You'll find that their hormone products will be priced low in comparison to other retailers, but with the potential risks of using a hormone product from a foreign country the lower price is not worth it. Without FDA regulation there is no way to know how their medications have been produced.

If you live in the United States, you are only safe if you use medications produced in real and licensed pharmacies that are located in the country. These pharmacies must abide by FDA and State Board of Pharmacy regulations which are very strict and ensure that the medications are produced with the utmost accuracy and purity.

Up to 25% of Prescription Drugs in Mexico Are Counterfeit

Law enforcement in the United States has estimated that up to 25% of every prescription drug produced in Mexico is actually counterfeit. Many of the medications developed in Mexico are marketed as legitimate versions of their American counterparts and can be difficult to distinguish.

Also, law enforcement has found that Mexican companies will import counterfeit medications from India and China at facilities that have no regulation whatsoever, and smuggle them into the U.S. Websites have become the "front" of these companies that are selling fake medications.

The DEA and FDA have been working to seize packages of these medications before they reach the United States. In one bust in 2009, the DEA and FDA found 800 packages of prescription drugs that were falsely labeled as Vicodin, Viagra and Claritin from 68 online pharmacies.

Counterfeit drug sales in Mexico are a multi-billion dollar ($1.5 to $2 billion) industry and virtually every major medication that is produced safely in the United States has a fake variation in Mexico. With HCG now being one of the counterfeit medications produced in Mexico, you have to be extra cautious and never purchase your HCG or medications from an unlicensed provider.

How to Spot an Illegitimate Online Pharmacy

The first warning sign of an illegitimate online pharmacy is any mention of their products being developed or shipped from a foreign country. Any medication produced in a foreign country should not be sold in the United States, so you'll know right away that you should avoid it.

Also, if they do not have any information on where they physical location is, if they don't have any certificates that prove the purity of their products (for compound pharmacies), and if they are shipping you their products from outside the United States, they are very likely not a legitimate pharmacy.

You should always be able to call them and speak with one of their pharmacists or technicians to ask them questions about their medications. They also should only accept orders after they have received a prescription for the medication Legitimate pharmacies will ask for a copy of the prescription, your medical provider's information, and will ask you questions about your health before letting you purchase a prescription online.

If you receive a counterfeit product do not use it

If you believe you have received a counterfeit medication or hormone product you should never use even one dose of it. There could be a huge range of potential toxic chemicals in your medication, and you have no way to test it to verify its purity. The best thing to do is to report the company to the FDA and dispose of the product as soon as possible.

Counterfeit medication production in the United States is rare. The FDA and DEA are exceptionally vigilant about policing counterfeit pharmacies, and it is estimated that the percentage of counterfeit medications in developed countries is less than 1%. In countries like Mexico the rate is much higher - anywhere from 12 to 15%, and although many of those medications are sold in Mexico, a greater percentage of them are being sold to Americans near the border and through the use of online pharmacies.

You are safe only when you purchase HCG online or any other medication from a pharmacy that is physically located in the U.S. and one that can prove the purity of its products and has a state license to produce medications.

If you purchase HCG from Nu Image Medical you are making a wise decision because the quality and purity of our HCG products are 100% guaranteed, and we have the certification and documentation to prove it. Our pharmacists are licensed to provide HCG by the State Board of Pharmacy in Florida, and we produce all of our medications and hormones  in the United States  and never import any ingredients or medications from other countries. We are one of the few online HCG providers that abides by every rule and is licensed to legally sell you the hormone, and we only sell it after a medical consultation and once you have received a prescription.

You can speak to our pharmacists and pharmacy staff members directly and ask them questions, and we even ship our products worldwide although most of our customers are in the United States. Our products are safe to use no matter where you are in the world, and they are properly and safely packed for sterile shipment.

To get started with the HCG diet or ask our staff members any questions about the purity and quality of our HCG products, click here.