The Paleo Diet Versus the HCG Diet 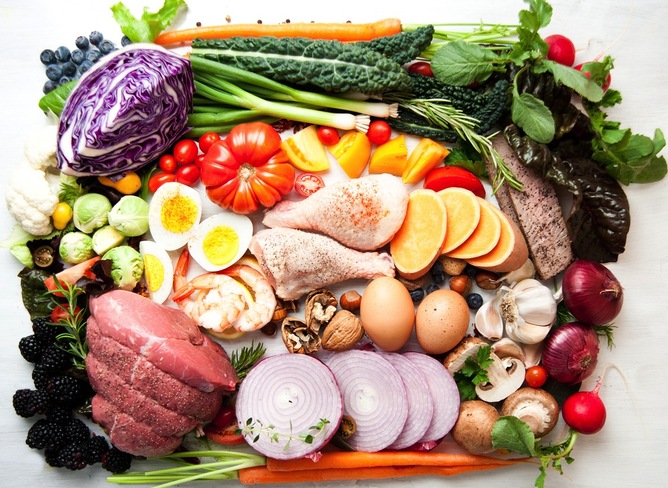 The Paleo diet has become one of the most popular diets in the world, but several people have had mixed results with the diet and it turns out that it might not be as good of an option for dieting as some have thought. In a matchup with the Paleo diet versus the HCG diet, the Paleo diet won't get nearly the same results the majority of the time, and many dieters have even found with the Paleo diet that they gain weight! This is mainly due to the fact that there is a wide degree of variation between different Paleo diets, and some of them allow you to eat as many calories as you want while other Paleo diets are stricter.

The Paleo diet ranked last in a survey by U.S. News and World Report

In a survey of popular diets by U.S. News and World Report, the Paleo diet ranked dead last due to several different reasons [1]. The diet was ranked among several other popular diets as last in part because it was considered to be too confusing and restrictive. The panel said that the Paleo diet is too difficult to follow for more than a few weeks or a few months for most people. Because of the fact that so many food groups are cut out from the diet, it makes it difficult for most people to be able to follow it for a long period of time. Unlike the HCG diet which is limited to 3 or 6 weeks (for Phase 2), Paleo diet advocates expect participants to stick to the diet indefinitely, and this can be extremely difficult for many people.

They also found that the diet may operate under the false pretenses that human digestive systems haven't evolved quickly enough. Some proponents of the diet believe that the food groups that humans should eat should be based on what our Paleolithic ancestors mostly consumed millions of years ago, however it does not take into account that humans have evolved along with their digestive systems. Although there are certainly some people who have had immune problems related to certain foods like dairy, legumes and grains, there certainly are people who don't have the same issues and who can tolerate varying quantities of these foods in their diets.

The fact of the matter is that there is no evidence that proves any of the claims of the Paleo diet that humans should stick to a diet that is as close it as possible to their Paleolithic ancestors for the purpose of weight loss or being healthier. There is evidence to suggest that doing things like eliminating grains and other sources of simple carbohydrates from your diet can have a significant effect on your weight, but the Paleo diet takes it quite further and expects you to get rid of much more including legumes, dairy and more [2]. Some Paleo diets go even further than this and limit other foods like tubers, and even some healthy sources of carbohydrates like quinoa.

The Paleo diet is too high in fat

Another significant issue with the Paleo diet is the fact that it is very high in fat. Many versions of the diet allow dieters to consume as much saturated fat as they want, provided that the fat comes from animal sources or natural sources that the diet approves of. Although saturated fat isn't as bad as once thought, it doesn't mean that a person can consume as much as they want of it without having any consequences at all. There can actually be several significant effects from consuming too much saturated fat, and the effects can very quickly add up. It's particularly dangerous for those with a history of heart problems or who have a predisposition to heart disease.

You're much better off carefully controlling the amount of saturated fat that you consume in your diet. By lowering your fat into you can also lower your calorie intake and as a result it can be a lot easier to lose weight, especially on a calorie restricted diet like the HCG diet. The HCG  hormone  diet offers great results by limiting the amount of allowable fat on the diet during Phase 2 as well as Phase 3. Although the Paleo diet often operates with a different goal in mind other than pure weight loss, it usually doesn't have the same impact in terms of directly measureable weight loss results compared to calorie restricted diets like the HCG diet.

One issue that Paleo dieters may run into is the fact that the diet doesn't necessarily offer any specific measureable results and that it ends up being more of a series of guidelines for a healthy diet rather than an effective method for losing weight. On the other hand, the HCG diet is specifically designed for weight loss, and the timeframe over which that weight loss occurs is very specific as well, with Phase 2 of the diet being three or six weeks in length. Dieters know what to expect with the HCG hormone diet as long as they adhere to the protocol and real weight loss is always the result. The effects of the HCG diet occur very quickly and it allows dieters to get back to a healthy weight in a relatively short period of time, while the Paleo diet doesn't necessary result in any weight loss at all.

As much as Paleo diet proponents love to claim that the diet won't cause weight gain, the simple fact is that if you eat too many nuts, seeds or fruit that you will gain weight, even though these foods are allowable on the Paleo diet and considered to be healthy. As we've previously discussed on this blog; you can't eat as much fruit as you want without weight gain consequences, and the effects can be significant if you are eating high sugar fruits or higher glycemic index fruits. The Paleo diet doesn't seem to account for this and many diet proponents will claim that you can eat as much fruit as you want without having to worry about the effects. There's no question that you'll gain weight very quickly if you do that along with eating other high calorie foods like nuts and seeds which are both allowed on the diet.

You don't have to follow the Paleo diet to lose weight, and because of the fact that there are so many different variations of the diet, the chances are that your results won't be that great on the diet. A structured diet like the HCG diet is generally a lot easier to follow and you'll most likely find that you'll be able to get much more out of it in terms of weight loss in a shorter period of time. The HCG diet is proven to work as long as you follow the requirements, and to learn more about it or to ask questions about the diet compared to the Paleo diet, contact Nu Image Medical today.