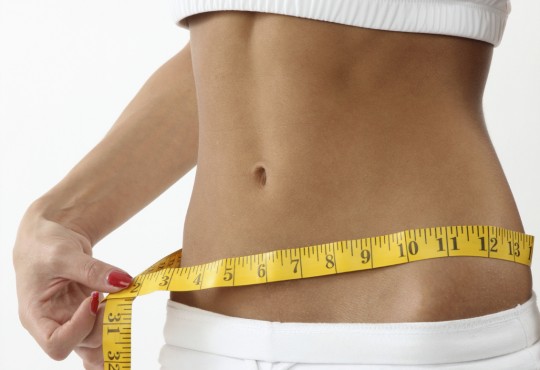 The result of the procedure is that a person will start to feel full very soon after they start eating, because the smaller upper portion of the stomach fills up very fast, and they will also feel more satiated after eating a much lower amount of food as before. The procedure is used to treat the most severe cases of obesity, however the HCG diet can be just as effective as the procedure without requiring dangerous surgery. This surgery in particular has a high risk of complications.

Like any surgery there are risks, but this surgery in particular has quite a few of them. Most people should probably not even think about gastric bypass surgery as a primary weight loss option with all of the potential risks. Even for the healthiest of adults, the surgery can result in several complications including bleeding (hemorrhage), blood clots or thrombus, hernia, bowel obstructions, infection, gastrointestinal leaks, ulcers, hypoglycemia, and many other symptoms.

Although the surgery can certainly be life saving for many people, it can reduce weight dramatically and also reduce the chance of death from several health problems associated with obesity, it's so dangerous that almost every other weight loss method is worth an attempt before thinking about gastric bypass. The complications can be even fatal in some cases, and it's estimated that about 15 percent of gastric bypass surgeries result in some form of complications.

Infections can occur on the incisions or in the abdomen due to bacteria being released from the digestive system during the operation. Hospital acquired infections are a possibility, however the use of antibiotics can reduce the chance of infection from occurring. There are also many blood vessels that have to be cut in order to divide the stomach and move the small intestine, and these blood vessels can often start bleeding after the surgery is finished. Post-surgery bleeding can require emergency surgery to stop the bleeding as well as blood transfusions.

Thromboembolism or blood clots forming in the legs or the pelvis are another potential risk, especially for obese patients, and they can become a particularly dangerous risk if the clot makes it to the lungs and becomes a pulmonary embolus which is life threatening. The surgery also relies on the natural healing ability of the body to close gaps where sutures, incisions and staples are used, and if the body fails to do this, gastrointestinal fluid can leak into the abdominal cavity and lead to abscess formation or infection.

The HCG diet has minimal risks

The main benefit of the HCG diet is that the risks are very few in comparison to gastric bypass, and the diet only takes three to six weeks of real effort while the three week Phase 3 of the diet is far easier. Obese patients who try the HCG diet will often lose up to 45 pounds or more on the six week diet, and it can prove to be very effective for these patients because the initial weight loss occurs very rapidly. When the diet is properly followed it can be very effective, however the patient may need more support from their medical providers and family to be able to get through the diet.

In comparison to gastric bypass surgery, there are relatively few risks of the diet. Most people can safely attempt it without concerns about medical complications, there are no long term negative health consequences and many positive health effects that occur from the large amount of weight loss that can occur in a short period of time. In the same way that gastric bypass results in the size of the stomach decreasing, the HCG diet can also do this because the stomach can shrink to a smaller and more normal size when the body is on a restricted calorie diet. The vast majority of obese patients can be approved for the diet with the exception of conditions that may need special guidelines or alternative options for weight loss, and other conditions that can have dangerous symptoms when a very low calorie diet is followed.

Don't wait until surgery to try the HCG diet

Some people may consider waiting until they have first tried gastric bypass surgery to try the HCG diet, but in most cases this is not a good idea. You don't want to go through a life threatening surgery just to have to rely on a diet in order to lose weight. The HCG diet can certainly be easier when you have had gastric bypass surgery because it won't take as much food for you to be full as before, but you should attempt the diet as the first option and see how much weight that you lose.

Even if you get very minimal results and struggle with the diet, you can repeat it and get better and better at it. Gastric bypass is a permanent surgery in the majority of cases, and it just isn't worth the risk to your life and health unless you really have no other option and have tried multiple rounds of the HCG diet and other diets without success.

Try the HCG diet first with all of the medical and social support that you can get. The three week diet doesn't take much of a commitment and the diet can actually be quite easy for obese patients because the abnormal fat can be easily metabolized by the hormone and the initial weight loss can be very dramatic. Most obese patients will lose a lot more weight than thinner patients because their bodies are trying to reset back to a normal metabolism and they will respond very well to the HCG diet and can tolerate it.

The diet is very well suited to obese patients who haven't had luck with other weight loss methods, and most patients find success with the diet where they may not have had it in the past. In general, if most obese people tried the HCG diet as a primary option prior to trying gastric bypass, the need for this dangerous and sometimes ineffective surgery may be reduced overall.

The HCG diet doesn't require much of a commitment

When comparing the commitment between the two options, the HCG diet only requires a few hundred dollars of an investment and a few weeks of a patient's time compared to gastric bypass surgery which can cost anywhere from $25,000 to $50,000 or more, has a long recovery time in which the patient will have to take time off from work, and has many potential complications. The HCG diet is far more convenient and the patient can continue working and won't have a long recovery time to deal with.

Also, it's available at clinics like Nu Image Medical for a small fraction of the amount of money that you would spend on a gastric bypass and the recovery, and our clinic includes medical consultation for obese patients to find the best approach to weight loss that will work for them. If you have been debating gastric bypass surgery or know someone who has, be sure to contact Nu Image Medical today to discuss how the HCG diet can prove to be a safe and even more effective alternative.