The HCG Diet and Fertility 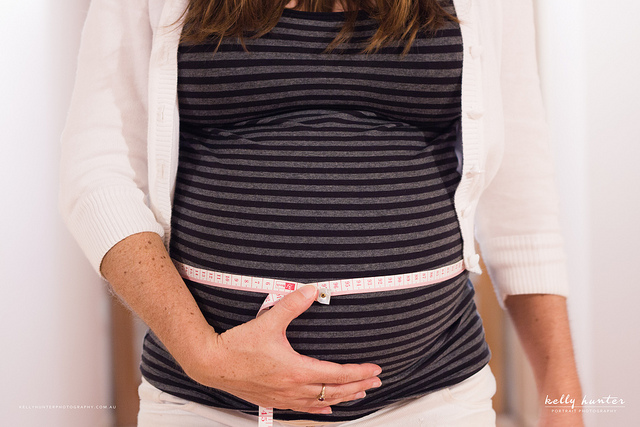 Some people have wondered whether or not the HCG diet will affect fertility in any way due to the fact that the hormone used in the diet, human chorionic gonadotropin, is used for certain fertility treatments. The truth is that the diet does not negatively affect fertility, if anything it improves fertility, and the lose dosages that are used for the diet do not cause any adverse sexual health issues or other problems. The low dose of HCG that is used in the diet does not cause hormone imbalances or other problems. Again, HCG is regularly used in the clinical setting as a fertility treatment without any problems at all, and the use of the hormone on the diet may result in a few positive effects for both men and women when it comes to fertility. These effects are described below.

One effect that HCG can have is that it can stimulate natural hormone production for both men and women. Men with low testosterone levels or low sperm counts can improve them with low level HCG therapy. For women, HCG can be used to stimulate ovulation, and women are actually advised to discontinue using the hormone during their period as a result of this effect. Most women who have an ovulation problem will ovulate after the use of HCG. Men who have a hormone problem that can lead to a low sperm count may be treated with HCG. The side effects of the treatment for both men and women are minimal, and the hormone is available as a prescription under the name Preganyl or Choragon. The most common side effects reported for Preganyl treatments include pain at the injection site, headache, restless or fatigue.

Human chorionic gonadotropin is similar in structure to luteinizing hormone (LH), a hormone that is released by the pituitary gland and works with follicle stimulating hormone (FSH) to stimulate and release an egg follicle. HCG is sometimes used by itself as a fertility treatment, or it can be used in combination with other hormones. The dose that is used for fertility treatments for women is higher than the dose used for the hormone  diet. For instance, around 250 mcg of Ovidrel is used per injection for a fertility treatment in many cases, and this is equivalent to 6,500 IU. On the hormone  diet, a much lower dose of HCG is used, around 100 to 250 IU per day maximum, which ends up being just a few mcg per day in comparison. It is not thought that the use of the hormone for the diet can stimulate ovulation, but because of the potential interactions that it may have for women during their period, they are advised to discontinue their injections briefly.

Because HCG can be used as a fertility treatment, women should be aware of the fact that they may be more fertile while on the HCG diet. During the first week of the diet, women are monitored for side effects and they should report any abnormalities with their menstrual cycle or other issues to their medical doctor. Any concerns about fertility can be discussed with the medical provider overseeing the diet. Pregnant women or women who are trying to become pregnant are never advised to use HCG and this would be discussed with their medical provider prior to starting the diet.

One issue that women can run into while on the diet is a false pregnancy test. Home pregnancy tests detect HCG in the urine, and because of the fact that the hormone can stay in the body for several days after an injection, there is the chance that it may build up. The low levels of the hormone are not usually enough to trigger positive result for a pregnancy test, but there is a small chance that it may occur, especially if the pregnancy test is designed to be sensitive to the hormone. It is important for women who believe that they may be pregnant due to a positive pregnancy test or for any other reason to contact their medical provider as soon as possible. The diet should also be discontinued if there is any doubt at all, because the low calorie intake is potentially very dangerous for a developing embryo.

HCG does not increase estrogen production for men

One unique concern that some men have is that the hormone will result in a higher estrogen production. HCG has a substantially different effect in males compared to females. It does have a similar effect as luteinizing hormone in men, and this hormone results in the increase of testosterone, which has several different positive effects on fertility. HCG is often prescribed to men with low sperm counts in combination with luteinizing hormone which causes a higher natural production of testosterone and is often a preferred treatment in comparison to direct testosterone injections which can have side effects. HCG can, however, result in an increase of DHT because of the corresponding increase in testosterone levels, so DHT levels may need to be monitored when HCG is used as a fertility treatment for males.

There are several health benefits for increased testosterone production in men

Patients receive a full medical evaluation prior to starting the diet

Any patient who is worried about the potential fertility effects of HCG will receive a full medical evaluation prior to starting the diet to ensure that it is safe for them. Patients will get all of the information about potential fertility complications, and the vast majority of patients can safely start the HCG diet without any concern about them. The low dose use of the hormone has not been associated with any negative side effects when it comes to fertility, and again if anything it only improves fertility without causing any major long term health consequences. The hormone's regular use as a fertility treatment has shown that it is not dangerous or disadvantageous at all to use for this purpose, and the hormone also happens to be an effective stimulator of fat metabolism for both men and women, and it doesn't cause any significant side effects for this purpose as well.

Get more information about the HCG diet here or speak to a medical professional today to ask any questions that you may have about fertility effects or other effects of the diet.