The HCG Diet: An Alternative to Gastric Bypass Surgery 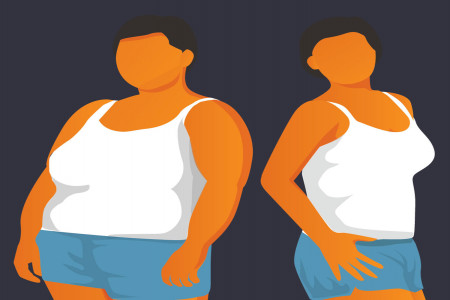 Obesity in the United States has become an epidemic problem. In 2016, 93.3 million adults were categorized as obese, according to the Centers for Disease Control and Prevention. Obesity is also one of the leading causes of death, chronic illness, and disability worldwide. Individuals who are overweight tend to suffer from a variety of health problems such as high blood pressure, cardiovascular disease, and an increased risk for certain types of cancer. However, there is hope for individuals who want to shed the pounds and improve their health. The hCG diet protocol has shown to be a viable weight loss option for obese individuals.

The History of hCG in Treating Obesity

In 1954, leading endocrinologist Dr. A.T.W. Simeons noted that even sick and malnourished women were still able to give birth to healthy, full-term weight babies. He started to study the phenomena and concluded that the hormone human chorionic gonadotropin (HCG) produced during pregnancy forces the woman’s body to use stored fat to nourish the fetus. His research showed that hCG given orally or subcutaneously could also release the fat reserves of non-pregnant individuals. These findings were what spurred the creation of the highly successful 500-calorie hCG diet.

How the hCG Diet Works to Shed Pounds

The hCG diet restricts caloric intake while taking hCG orally. You will reduce your caloric intake down to 500 calories per day while using hCG. The hormone helps curb hunger and encourages the body to burn its fat reserves as a fuel source. Dieters who complete one course of the hCG diet often experience fat loss from the most stubborn parts of the body such as the abdomen.

An Alternative to Gastric Bypass Surgery

Reducing the Side Effects of Obesity

The hCG diet is highly effective and even reduces many side effects of obesity. Dieters who experience weight loss are also often able to reverse hypertension and diabetes. The hCG diet features low carbohydrates and eliminates sugar and starches from the menu entirely for three to six weeks which gives the body time to heal and recover. Interestingly, insulin sensitivity returns during the hCG diet protocol and, researchers believe that insulin resistance is the primary cause of diabetes.

Lose a Pound a Day on the Using the hCG Protocol

The hCG diet is effective at decreasing both weight and body fat. Dieters often lose up to one pound of body fat every day while participating in the dietary protocol. Many experience a dramatic body change while doing the hCG diet.

Unlike many diets, the hCG diet is designed to be safe while you experience rapid weight loss. Other diet plans lack the benefit of the hCG hormone which means you might experience uncontrollable hunger. The hCG hormone also helps your body burn unwanted fat reserves while resetting your metabolism so you can continue to eat and live healthy before you embark on a second or third round of the diet to lose even more weight.

Low Cost of the hCG Diet

Another benefit of the hCG diet to treat obesity is the low cost. Unlike gastric bypass surgery, which can cost tens of thousands of dollars and is rarely covered by insurance, the hCG diet is only $297 for the three-week plan at Nu Image Medical. Even other dietary treatments, such as hiring a nutritionist, behavior modification, or physician-supervised weight loss can all cost thousands so; ultimately, the hCG plan is a cost-effective way to lose weight and keep it off.

If you would like to learn more about how the hCG diet can help combat obesity, please speak to a representative at Nu Image Medical today.